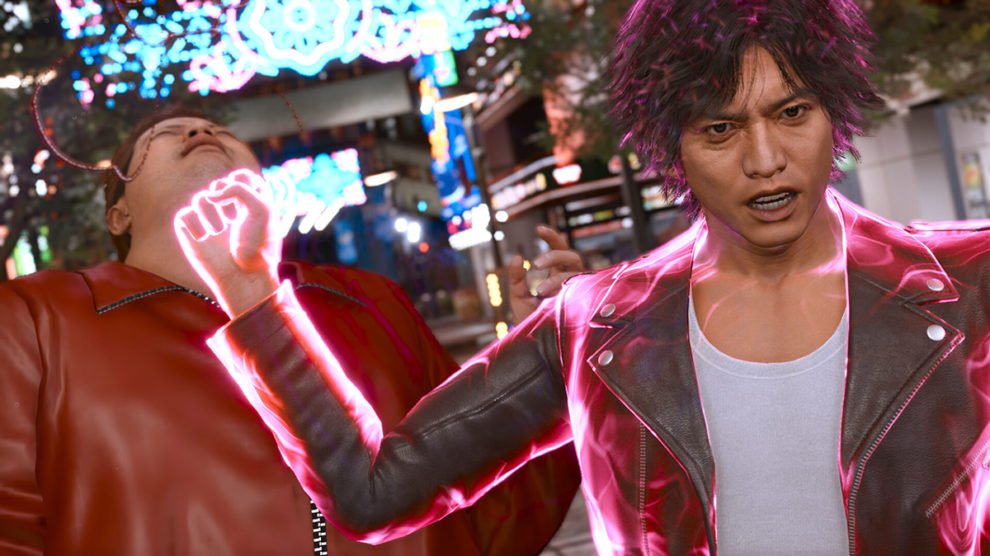 Lost Judgment is a game that opens with a bang: like any good detective story, it begins by introducing the core mystery that will consume its characters for the length of its narrative.

Set in late 2021 continuining on from 2019’s Judgment, the sequel opens with firefighters being called out to an abandoned building in Ijincho (the new hub world introduced in Ryu ga Gotoku Studios’ Yakuza: Like A Dragon last year) due to reports of smoke – only to find nothing but flares laid out in a giant arrow, pointing to a long-dead murder victim. Uncovering the identity of this victim, as well as the circumstances that led up to his death, becomes the main thrust of the game.

This new title once again follows the exploits of private detective Takayuki Yagami, operating out of his pokey office in Kamurocho. Business has been slow since the grand case of the Mole murders was solved at the climax of the last game, so when an invite arrives from old friends to help their newly-established agency solve a major case over in Yokohama, Yagami and ex-yakuza bestie Kaito jump on the next train to the city’s district of Ijincho. What follows is a series of cases that end up being inexorably linked, with Yagami and co. scrambling to understand the stakes and scope of the mystery unfolding before them.

It wouldn’t be a game in the Yakuza universe without a bizarre gameplay twist however, so in between solving a grizzly murder and diving into a sorrow-filled history in the city, Yagami also finds himself working part-time as an on-call guidance counsellor for the local high school’s Mystery Research Club, solving high-school detective cases with a group of plucky teens.

Seiryu High School is Lost Judgment’s way of handling a lot of your side quest and minigame needs, as the Mystery Research Club tasks you with infiltrating various after-school clubs to learn more about students’ issues and dirty dealings, through the form of things like Dance Dance Revolution-esque rhythm games and remote-controlled robot battles. It sounds silly, but it’s actually a lot of fun; the main story will regularly bring you back to the (vaguely maze-like) high school campus, so it’s easy to check off a side activity or two in the School Stories before you head back out into the main world of the game. 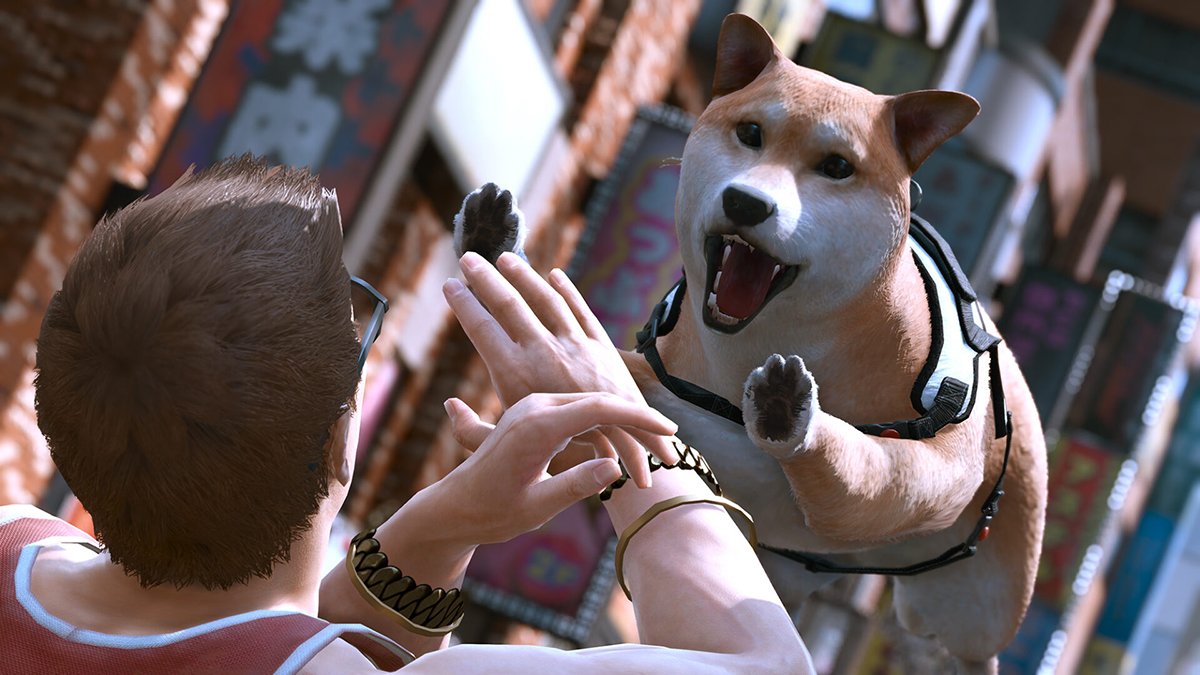 While it is a lot of fun to dive into the various rumours swirling around this school, it does feel a bit uncomfortable how often this leads to you laying a beatdown on the troublemakers on campus. Playing as a character modelled after a famous Japanese actor in his late forties, it doesn’t feel great to harm the student body’s student bodies.

It’s for this reason that Lost Judgment introduces a third fighting style to join the crowd-controlling Crane Style and heavy-hitting Tiger Style – Snake Style is all about deflecting, disarming and discouraging the enemy into submission rather than beating them into it. During combat you can strike fear into your enemies by taking down more powerful foes or disarming combatants with weapons with the Snake style’s unique moves, allowing you to activate the new EX Surrender finishing moves. These are my favourite new thing in this game; Yagami shows deadly control by halting a punch or kick strike mere inches from hitting them, causing them to drop in a dead faint immediately.

A number of these seem downright patronising on his part – a personal favourite sees him curb-stomp the spot right next to an enemy’s face before cheerily patting him on the cheek as he faints away. Fights with delinquent students are often locked into Snake-style combat exclusively, preventing the poor optics of a 48-year-old ex-lawyer detective beating a teenage boy so hard he ends up in hospital. 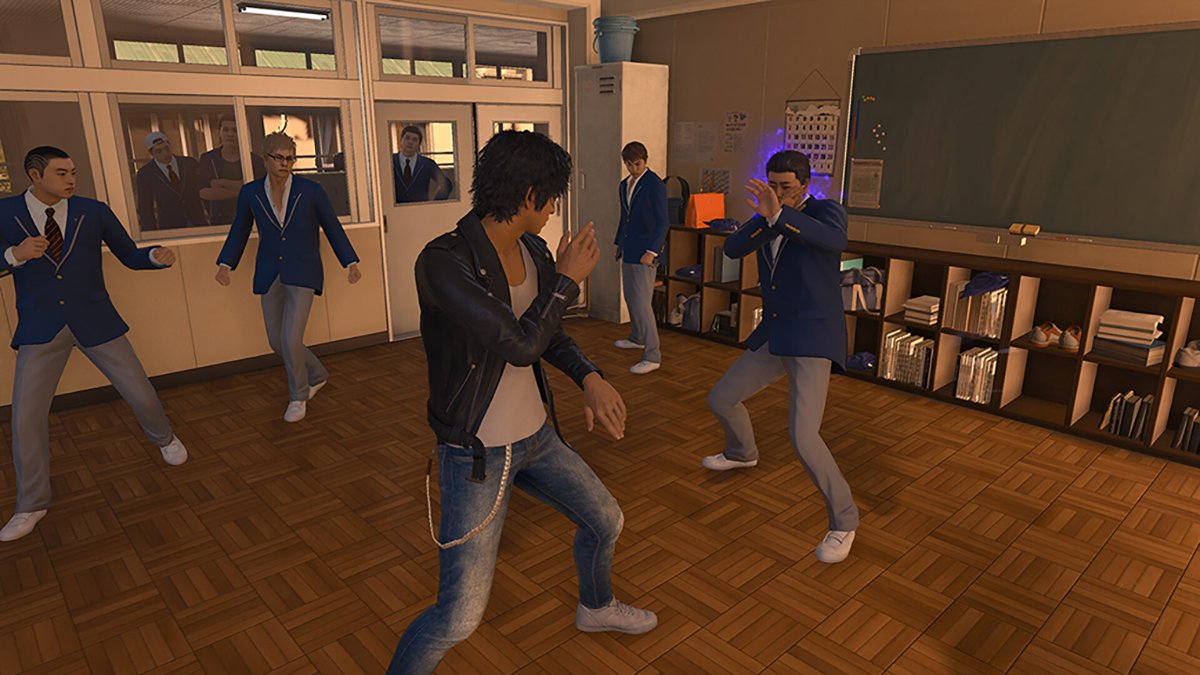 Combat has also been majorly improved with the introduction of Battle Rewards, which give you bonus Skill Points to spend if you use a variety of skills in combat. These vary from smaller rewards for taking out at least one enemy with each of the three combat styles, repeatable bonuses like using EX moves or disarming foes, to more technically complex (but rewarding) accomplishments like taking every enemy in a fight out with an EX Surrender move.Given that you use this Skill Point currency for all your upgrades both in and out of combat in the game, this is an excellent way to ensure players won’t confine themselves to just one solution for combat.

This isn’t the only thing new to the games’ formula this time around. Lost Judgment also adds a number of new tools to Yagami’s arsenal, including a parabolic microphone for listening in to conversations, a tracker for digital signals, advanced social media searches for topics you’re investigating, and… a mystery-loving dog you can borrow sometimes.

Again, this is a game in the Yakuza universe. To cope with the larger map size in Ijincho, Yagami also gets his very own skateboard to speed his journeys back and forth across the city, even letting you skate right past the combat encounters around town if you can’t be bothered beating up every thug you meet. 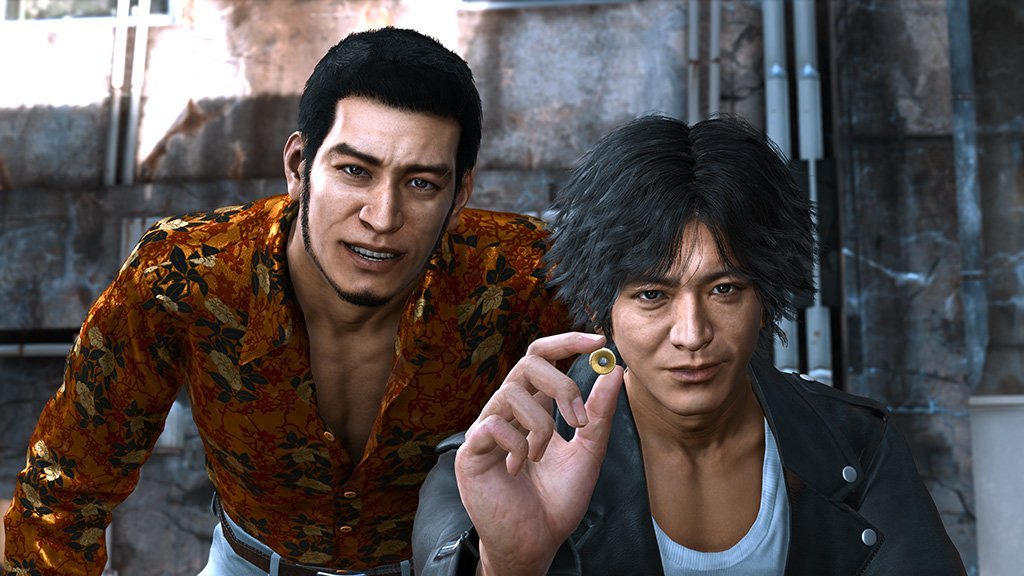 In the very best of ways, Lost Judgment is more of the same formula that its predecessor established. Judgment was a great game, and gave a new perspective on the world we’ve only really seen through the eyes of career criminals before. While Yakuza explores new RPG territory going forwards, Lost Judgment is now the home of the franchise’s long-established street brawling gameplay.

Unveiling the game’s central mystery step by step is always exciting, and there’s enough levity throughout the rest of the game to offset the darker tone that this central story revels in. There’s plenty to see and do throughout this game, and I’m excited for the added content coming over the next year, expanding the school setting and the story of Yagami’s best bud, Kaito.

If you want to accuse a town mascot of robbery, befriend a bunch of street cats or infiltrate a ninja dojo, Lost Judgment is for you.

Lost Judgment was reviewed using a promotional code on PS5, as provided by the publisher. Click here to learn more about Stevivor’s scoring scale.