Home » Reviews » Just Cause 4 Review: A playground missing some kick 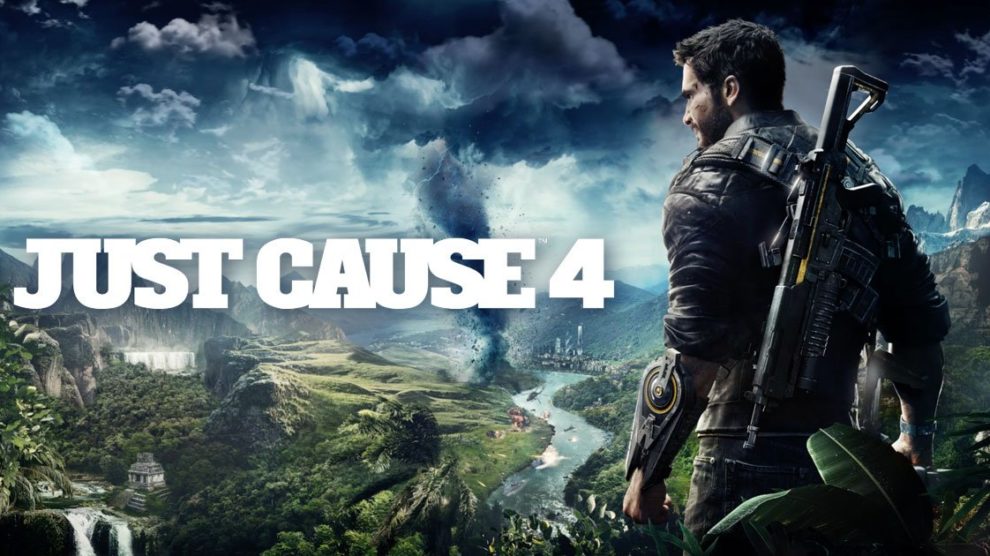 It’s the end of the year and Avalanche Studios has once again left a Just Cause game boxed up under the Christmas tree. Rico Rodriguez returns with Just Cause 4 as another fun way to wrap up a fantastic year of video games. The fast-paced action open world that the series is known for lets you cause destruction across the map while not taking itself very seriously. Although Just Cause 4 is a lot of mindless fun to play, a lot of my criticisms from 2015’s Just Cause 3 are still present this time around.

Set a few years after the events of last game, Rico Rodriguez discovers that his late father was working for the mercenary group he has been battling over all these years, The Black Hand. This journey to find some answers ends up taking him to a fictional South American country called Solis which is the home of this merciless army.

Solis is a massive sandbox to mess around in. With four different biomes split across grasslands, rainforests, deserts, and alpines there is plenty of area to explore and most importantly things to blow up. Rico recruits members into the Army of Chaos, a faction which is used to push back The Black Hand’s grip over Solis. The country is split up into regions and as you complete missions and cause destruction across Solis you’ll gain additional squads that can be used to infiltrate a region and move the Army of Chaos’ frontline forward to secure more land. 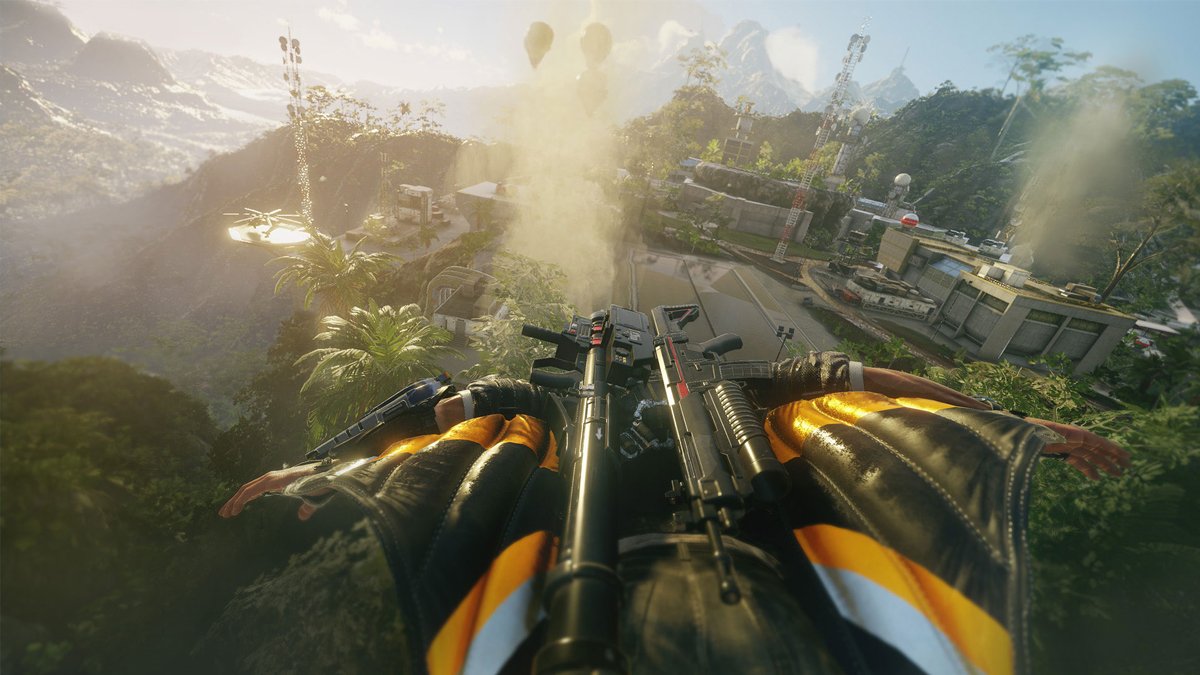 Just Cause 4 looks great and runs fantastic — at least on the PC version we used for review. Load times are superb; apart from the initial load into the game, it’s ridiculously quick afterward getting into missions or fast traveling around the map. There is a progress bar but it hardly gets a chance to be seen before you’re being thrown out of a plane hundreds of meters in the air. The only technical issues I experienced were things randomly spawning or popping in to the world at last moment — usually vehicles, people, or animals.

Rico’s familiar utilities return including his parachute, wingsuit, and grappling hook which allows him to quickly manoeuvre the environment. In order to help his destructive path, the Retractor and Booster gadgets are once again available to use. The Retractor lets Rico tether two objects together which then reels themselves in. The boosters can be attached to things to give them an added jolt of speed, or have them blast off in a certain direction. Thrown into the mix this time is the Air Lifter gadget, that can be latched onto objects and inflated to lift them off the ground.

Avalanche Studios has allowed you to customise these gadgets this time around. There are different loadouts that you can assign to what happens when you trigger one of these gadgets. For instance the length of the Retractor cables, how quickly they reel in, and what happens when they are finished retracting. Or how high the Air Lifter balloon floats, if it will follow you, or what gas is inside the balloon. There is stated to be millions of combinations to use which is nice for people that really want to dig into some fun ways to play around with the physics in the world.

Unfortunately, the game doesn’t really ask for you to try and solve many problems using the tools you’re given in any meaningful way. For the majority of the time with the game you’ll be able to get away with just using the Retractor. I never really felt myself having to whip out the Booster or Air Lifter in order to progress through a mission. A lot of the mission structures don’t vary either in terms of what you’re supposed to do. There is a bunch of moments where you are accessing consoles, driving hackers to consoles, or blowing up generators to open doors because the console isn’t working. 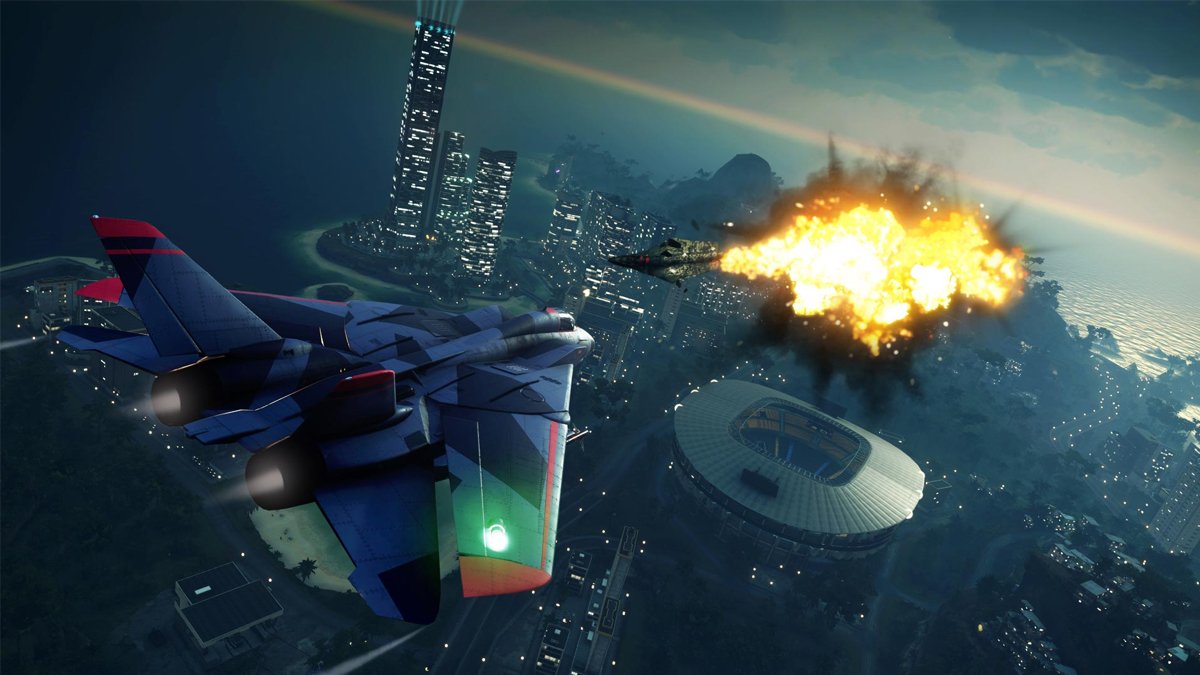 When you’re exploring the world or going between objectives in missions you are able blow a lot of things up. Every time you do this you’ll receive Chaos Points, and when you tick over to a new Chaos level you’ll receive some addition forces for the Army of Chaos to advance your frontline. But unlike Just Cause 3 there doesn’t seem to be much point to creating all of this chaos, other than it just looking cool – and the explosions really do look good. The previous game had a progression that kept track of each area and how much stuff you had left to destroy. That is entirely gone in Just Cause 4 and because I was overwhelmed with additional squads for the Army of Chaos there didn’t seem like any reason to do it.

I think that is one of the missteps of Just Cause 4. There was this fine balance between trying to complete your tasks while zipping around the enemy base and destroying all of their equipment. But by removing a tracker and any interesting rewards then all you’re doing is quickly blasting through the missions alongside some mediocre A.I.

Most of the interesting missions in the game are focused around weather events, and how they are being controlled by The Black Hand. Each biome has a different type including a tornado, sand storm, blizzard and lightning storm. These extreme weather events are broken up across multiple missions and offer some much-needed variety. Although ultimately the tornado plays off as the most interesting as it really affects the environment around you and causes massive devastation. It ties together with the physics of the game nicely.

Because the game is broken up by letting you attack regions in any order that you want, the story is a bit of let down as the flow of it is disjointed and unimportant. There are a handful moments between characters that are funny but these are few and far between. Especially when you compare them to Just Cause 3, like with the way the propaganda loudspeaker was handled in the previous game. 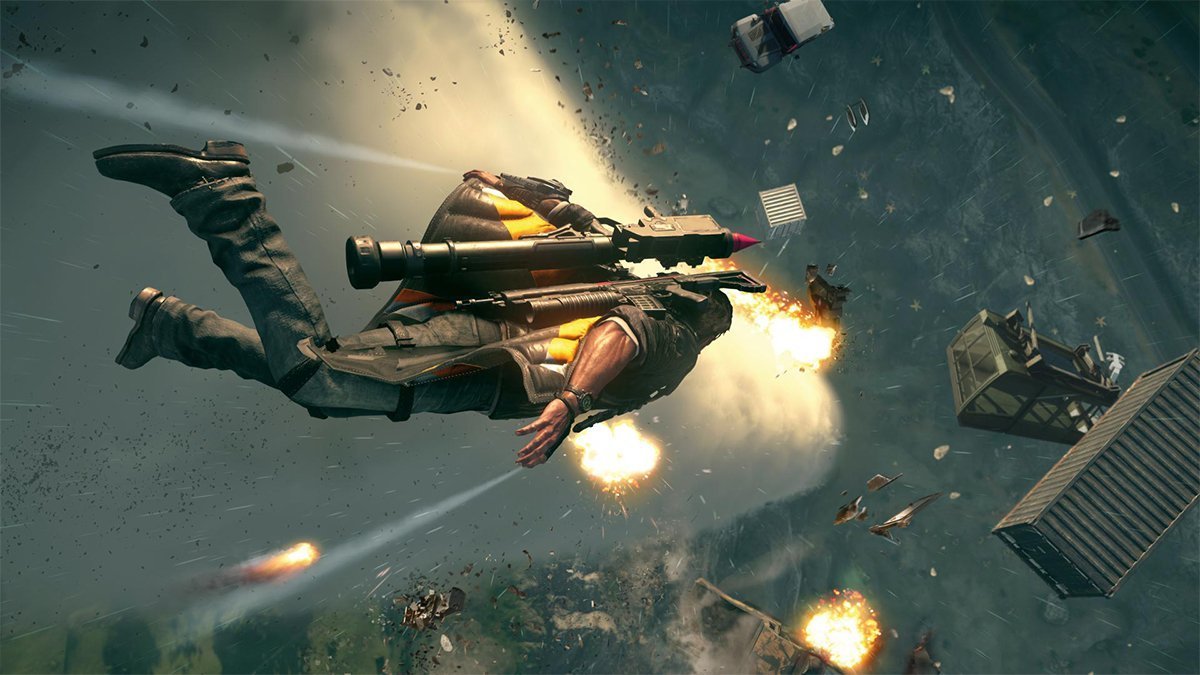 Just Cause 4 is an entertaining game to play if you want to just sit back and blow a bunch of things up. The new customisation options are great, and there are some interesting ideas with extreme weather, but ultimately a lot of the missions aren’t particularly exciting or ask for you to vary up how you approach them. If you enjoyed the last game in the series then Just Cause 4 will give you a lot of fun creating explosions across the world, it just doesn’t push the series in any meaningful direction.

Just Cause 4 is available on Windows PC, Xbox One and PS4 on 4 December.

Just Cause 4 was reviewed using a promotional code on Windows PC, as provided by the publisher. Click here to learn more about Stevivor’s scoring scale.