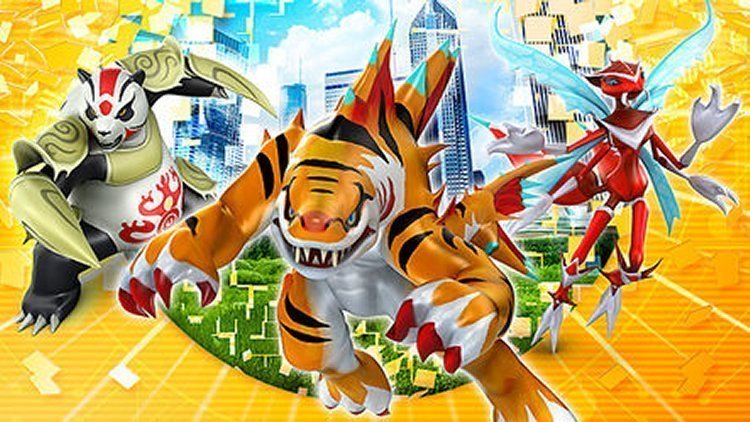 On first loading Invizimals: The Alliance, I wasn’t quite sure what I was in for. I’d not played a prior title in the series, and really didn’t know what an “Invizimals” was supposed to be. Turns out that they’re Sony’s answer to the Pokémon franchise, and on PlayStation Vita, they’ve used a rather clever method to “catch ’em all”.

Using the Vita’s camera and Augmented Reality (AR) capabilities, players actually use the Vita itself to “locate” Invizimals within their surroundings, followed by a brief AR mini-game in order to capture them. It takes some time to get used to the finicky controls, but I imagine for early teens (clearly the target audience), it’s a hell of a lot of fun.

There are over 100 of these little critters to be found, each based on some kind of animal hybrid. Once located, the Invizimals are then used to compete in tournaments with other Invizimals, with the goal of making the way through a thin storyline. 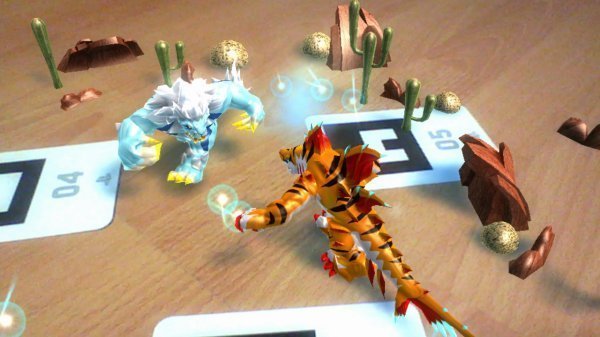 The comparisons with Pokémon stop there – the combat is very different, and the game outside of combat is completely different (in fact, in this title, there is no exploring to be done – it’s all battles and mini games). Combat is a little like a 3D fighter, to be honest – players are thrown into a circular arena, and need to defeat their enemies using a variety of attacks, each tied to a face button on the Vita. Stronger attacks have a cool down period, and attacks of a certain kind can be cancelled by attacks from the opponent, leading to some kind of strategy as you determine when to use the most powerful attack. Occasionally, pickups will appear within the arena, be it for a super special attack, extra life to add to a depleted life bar, or stamina.

On getting the hang of the fighting system, I actually found it quite enjoyable, and even rewarding, as – for the most part – losing often comes down to poor choice of attack, rather than just flailing and not knowing what to do. However, occasionally the game can be unfair, pitting the player against multiple Invizimals, for example, and in a way it feels as if the game is forcing players to grind to level up their Invizimals – losing itself being extremely frustrating as there was no easy way to do a quick rematch… You have to go all the way through the menu again.

Really, the aspect of balance and the development of your Invizimals was underdeveloped. As mentioned, there are over 100 Invizmals, and each capture starts at level 1. However, as players progress, they will need to fight Invizimals of increasing level. I found myself levelling the same two or three characters time after time, as I just didn’t have enough time up my sleeve to try out others. This is a common issue with titles of this type, and eventually the game became a chore, as I was forced to level up characters I no longer enjoyed simply because levelling any other Invizimals would take too long. 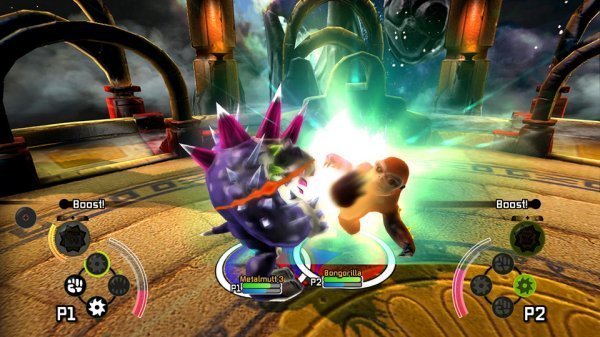 There are worse things to decry in this game, though. For one, it relies strongly on the use of AR cards. For a portable system, this is disappointing, as I found that I was just not able to play whenever I had some down time – I either didn’t have the cards on me, or it just wasn’t socially acceptable to whip them out and start battling. Further, the camera and AR functionality is very hit-and-miss. For the first few hours of playtime, I wanted to snap my Vita in half, simply because I couldn’t follow the lacklustre instructions… Or the camera wasn’t allowing me to perform a simple movement… Or the touch buttons I was pressing weren’t registering… Or the swipes were swiping the wrong way…

For example, outside of battling, players are instructed to create a battle arena and some other structures that are used to manage their characters. This is all well and good, but in order to build these structures, AR cards need to be laid out on a flat surface, which begins a puzzle game. Literally. The building is broken up into pieces, a time limits counts down, and players are tasked to swipe and turn and put the building together. It’s not a BAD idea, but it just doesn’t always work.

It got better, though, or I learned how to use my touchscreen, and most of these issues went away. In fact, the game got quite enjoyable. 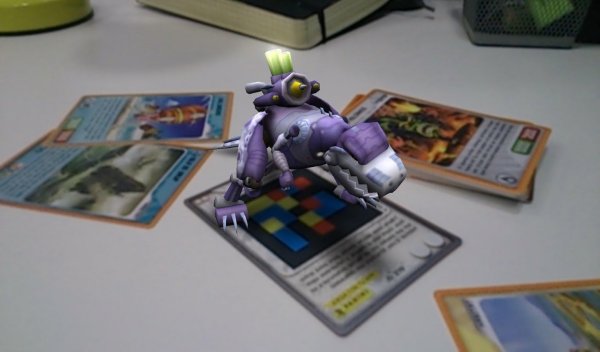 Clearly aimed at the kind of kids that go home after school and switch on the TV, the cut scenes use real video footage, which at first was off-putting. However, it completely captured the feeling of an after-school sci-fi, and it made me feel somewhat nostalgic for my days of youth… When I wasn’t cringing from the acting, of course.

The story is mostly boring, but again, I’m not the intended audience, so it’s hard to gauge – what was most impressive was the points in the game that cross over with the PS3 title, The Lost Kingdom (review forthcoming). While that is a very different title, the crossover was handled well, and even made me want to check things out in the other game, just to see what the “blue shard” was, for example.

For kids and teens, Invizimals: The Alliance will suck up a great deal of time, and likely be fun the whole while. For adults, there is a lot that will frustrate, but there’s also a fun little battler buried away in there. It’s definitely not a “must play”, but not necessarily one to avoid either.