Home » Reviews » Ghost Recon Breakpoint Review: It does the job 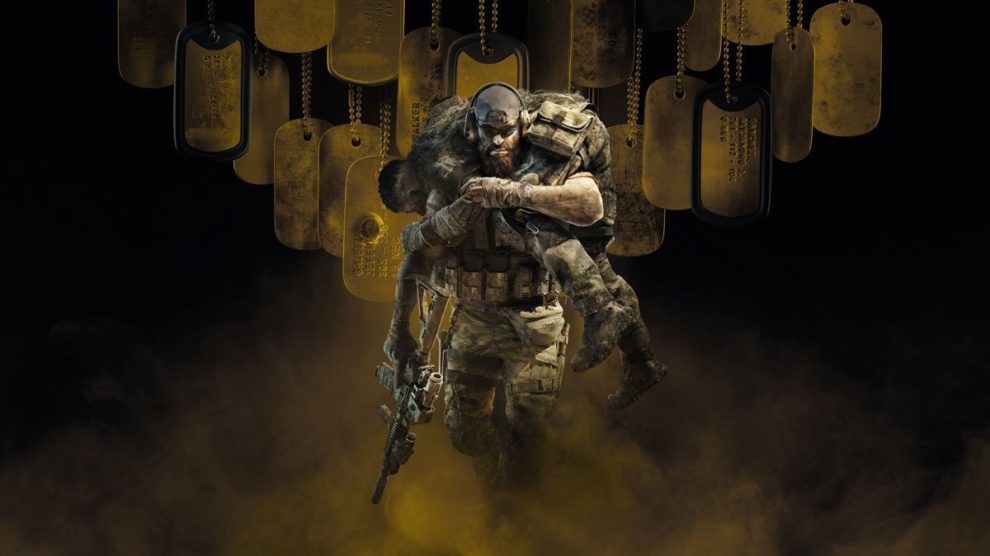 I’m about five hours into Ghost Recon Wildlands and I’m not sure if I’m enjoying it. Despite amazing visuals and a cast of charismatic characters led by the scenery-chewing Jon Bernthal, Breakpoint feels like more of the same. Like Tom Clancy’s The Division 2 with one-shot kills on a tropical island.

Breakpoint opens as a swarm of drones first take down a cargo ship near the island paradise of Aurora, then moving to take down your helicopter as you move to investigate. Waking up from the crash, you soon realise that most — if not all — of your fellow Ghosts haven’t survived the event, and it’s largely up to you to figure out what’s going on. Spoiler alert — or not, because it’s been the focal point of Breakpoint‘s marketing for months now — Bernthal’s Cole Walker and his highly-trained team of Wolves are the people you’re up against, using the fancy technology designed by billionaire Jace Skell in ways he (likely) didn’t forsee. 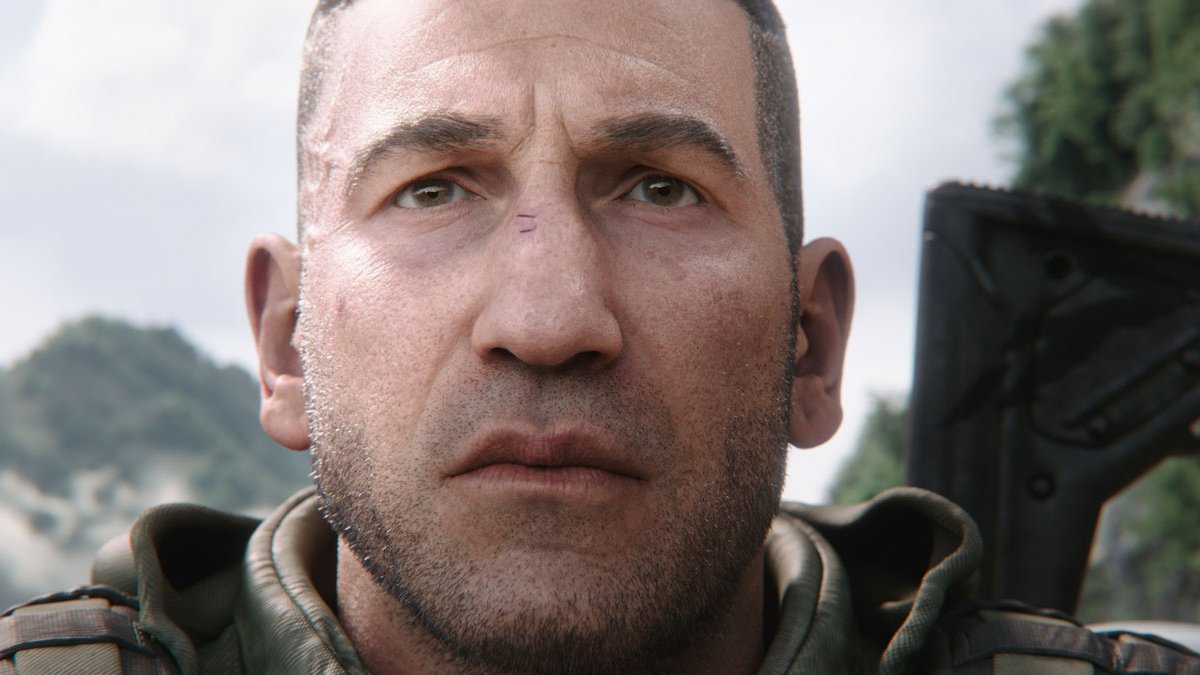 With review code dropped on Stevivor’s lap at the same time players were getting early access, I opted to set Breakpoint to its easiest difficulty — Arcade — in order to get moving. After finding things too easy, I quickly upped my difficulty one tier and honestly didn’t find much had changed. In the preview appointments I’ve had with Ubisoft’s latest, I was under the impression that Breakpoint was all about realistic survival — you’d need to keep close attention to wounds, bandaging them up to avoid further injury, and relying upon food and water to keep fatigue at bay. I’m finding, at least so far, those systems aren’t as important as I was lead to believe; that’s a very good thing in my books, by the way. I just want to get to Walker and shoot, really.

On the two lower difficulties, shooting is a breeze, with anyone I’ve coming up against falling with a single headshot (or two if they’ve a helmet; the first knocks it off). I’ve left snap-aiming on after bumping up difficulty, and to be honest I’m finding it quite useful when taking down myriad enemy drones that crop up at the drop of a hat. In short, the bits I’m digging are the ones in which I’m less realistic and more arcadey, and I’m absolutely fine with that. Because Breakpoint has borrowed a lot from The Division — including a Gear Score that averages out the levels of your weapons, hat (I’ve a particularly sturdy cowboy hat on at the moment) and more — I’m quite content mowing through baddies without everyone being a bullet sponge. 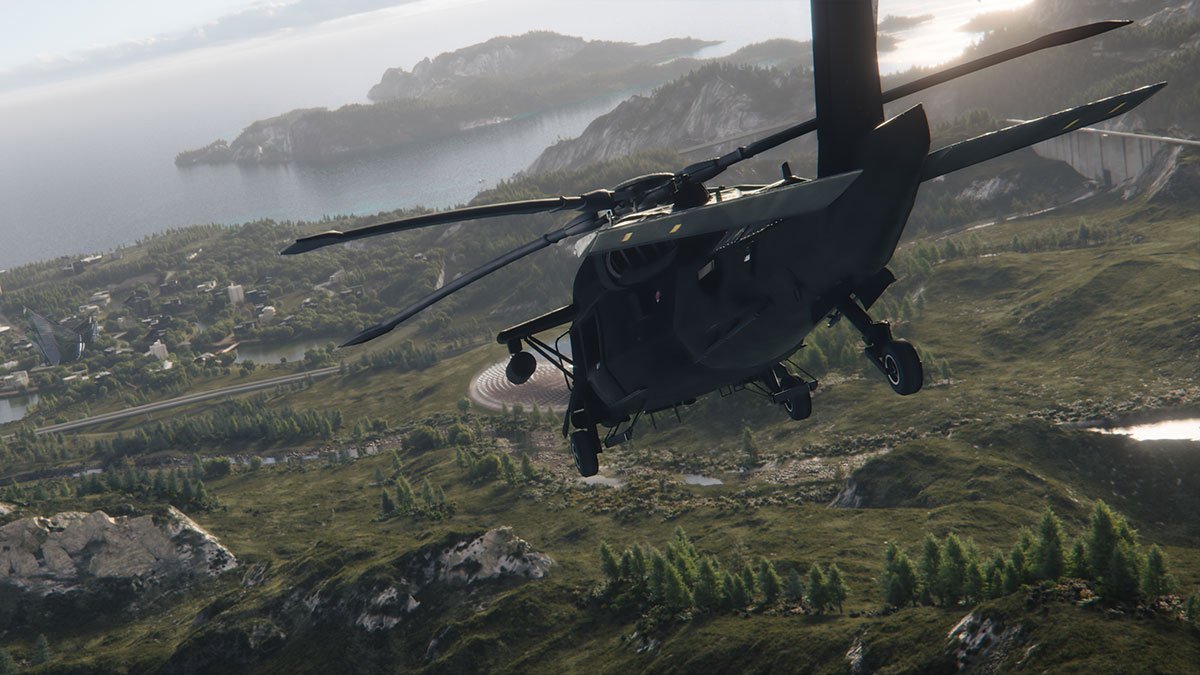 The reason I’m enjoying getting through combat encounters quickly is because I’m really just trying to get to see Walker some more; Breakpoint is a typical Ubisoft game with a million dots begging you for attention on the in-game map. You of course can freeroam and simply explore (and an Exploration mode taken from Assassin’s Creed: Odyssey makes that even easier) but I’m all about setting a pin — once I fully understood its unneccesarily complex functionality — and beelining it in a helicopter to my next objective. There are numerious side-quests and faction missions along the way, but I’d be lying if I said they felt like anything but filler. Actually, I’d also be lying if I could tell you I could recount Breakpoint‘s main storyline at this point; like vanilla Wildlands before it, it’s a bit too chest-thumpy and ‘Murica for me to really care.

It may sound like I’m ragging on the game, but I honestly haven’t made up my mind about this early into proceedings. I’ve closed myriad tutorials touting the Ghost Far multiplayer mode and I’ve not really had luck joining co-op adventures yet (I’m looking at you, Sean — I joined up on you and you stood around doing nothing for twenty minutes straight, dude), so maybe there’s more to the offering than I’m currently giving it credit for. If I had to summarise that I’d experienced so far though, I’d call it a mindless shooter that adequately does the things it’s set out to do. That’s not damning, but it’s certainly not the high praise needed by a game launching in an incredibly competitive window. For every minute I’m playing Breakpoint, I’m admittedly a little disappointed I’m not levelling up my Guardian in Destiny 2 Shadowkeep. 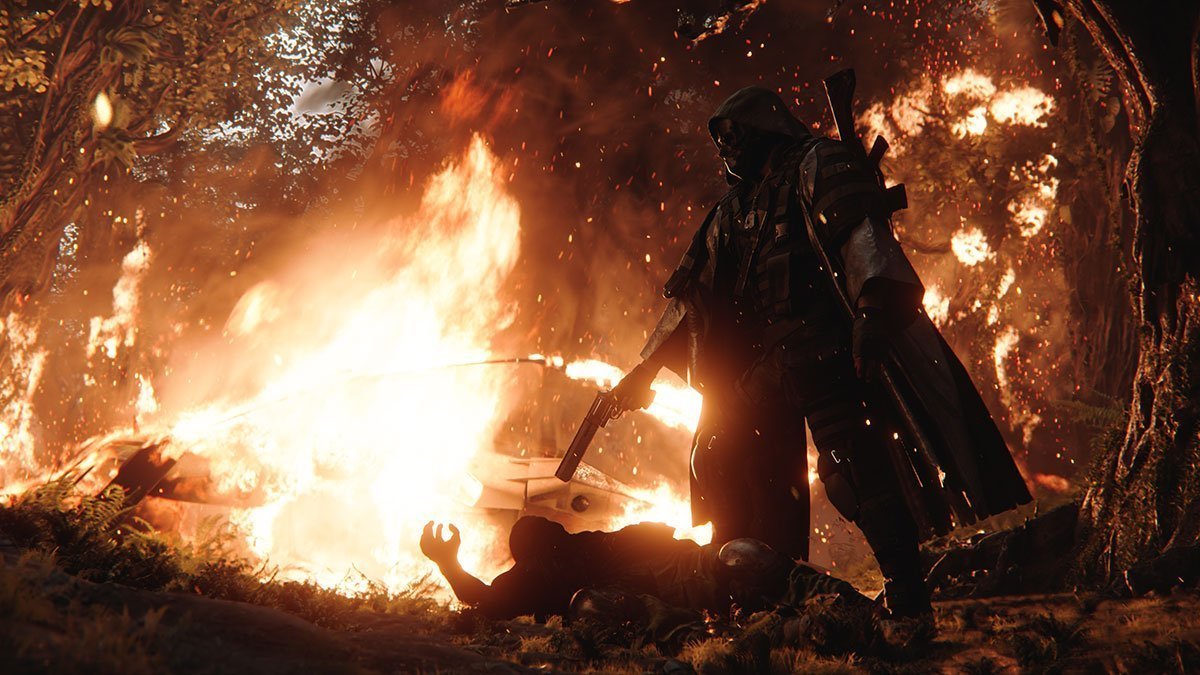 Update: Hours later, and I’m still left with that same feeling of meh. Aurora is large and beautiful, but hollow; I’ve never left the helicopter to get around and that’s simply because objectives are so, so far away from each other. I feel like I’m going to through the motions getting things done.

As a multiplayer mode, Ghost War is fun enough — I got destroyed in my first 4v4 games before realising I had to play like the realistic military shooter I was expecting in campaign. Once you get your head around things, you’ll enjoy working as a team to best your opponents. But whether or not I’d choose Ghost War over, say, the Crucible? Hands-down, I’m out. Sorry, Breakpoint.

Ghost Recon: Breakpoint is out now on Windows PC, Xbox One and PS4. If you’re a Ghost Recon fan, this one’s for you… unless you’re still a little burnt out by The Division 2.

Ghost Recon: Breakpoint was reviewed using a promotional code on Xbox One, as provided by the publisher. Click here to learn more about Stevivor’s scoring scale.