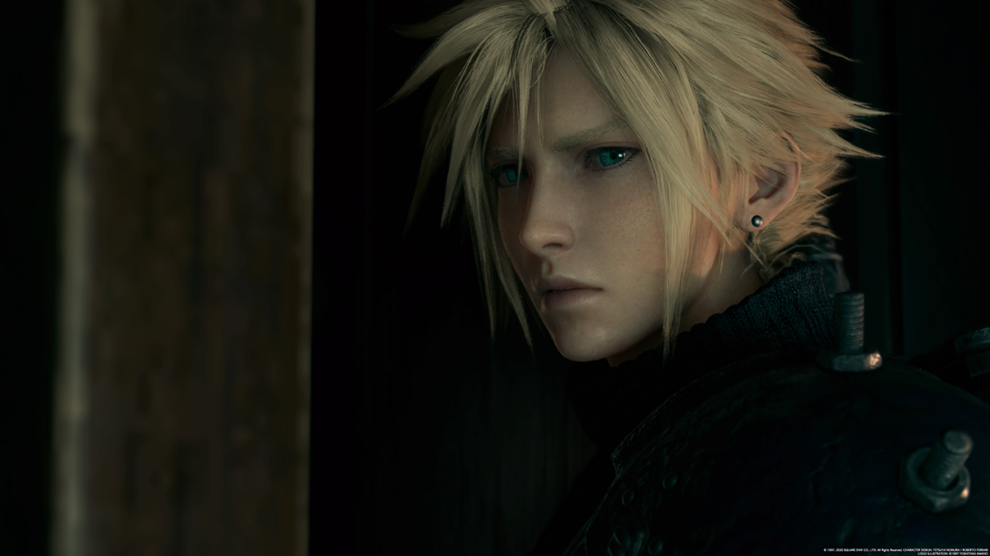 Final Fantasy 7 Remake was supposed to come out after Resident Evil 3, a second high-profile remake from Capcom in the last few years. Coronavirus complications changed all that — at least in Australia and Europe — and fittingly, the two titles were basically accessible to the masses here on the same day. It’s rather fitting, as like Resident Evil 3 (and unlike RE2), the Final Fantasy 7 Remake looks amazing and offers a fantastic gameplay loop, but also manages to come out looking shallow when compared to the original.

FF7‘s visual upgrade is undeniably a drawcard, with fan favourite Cloud looking the best he’s ever been — take that, Final Fantasy: Advent Children — and especially when compared to the few polygons spared for him on the original PlayStation. The same is true of Cloud’s fellow AVALANCHE members, and perhaps most importantly, Midgar itself. Sector 7, both above and below the plate, is rich with detail and teeming with life and helps to really put yourself in the shoes of your protagonists. That said, some textures in the world seem pretty low-res, and quite a few pop in very late, even on PS4 Pro.

The issue I had in my preview remains – even though you can stop and watch random Midgardian citizens, some of them feel the need to call out what they’re doing in a rather unrealistic way. It’s unnecessary and tends to break immersion rather quickly. The same is true from some pretty sketchy (read: pervy) comments you randomly hear thrown out at you or at NPCs as you run by. 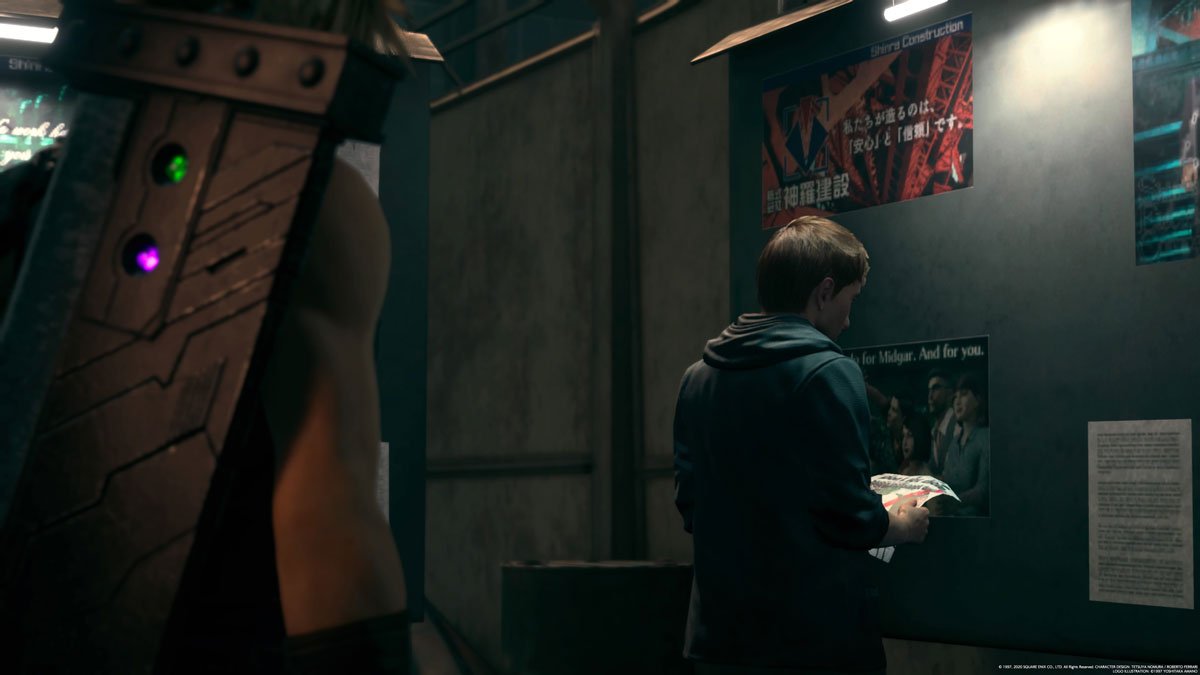 Because this 40+ hour game is only a portion of the full Final Fantasy 7 story, it’s hard not to notice all the padding; side-quests and large, open areas full of lots of distractions equally as plentiful as are long, rather barren corridors that serve to hide loading screens between hubs. While I appreciate that I can play darts, I’m also left to question why I’m playing darts when the fate of the world is seemingly hanging in the balance.

The padding also impacts the main quest line; events that were merely throwaway lines in the original are now full-fledged missions. While some are welcome, quite a few are rather boring and beg the question of why they weren’t deemed important enough to include in the PS1 classic in the first place. I’ll tell you this – it certainly wasn’t because of technological limitations of the time. The mish-mash of old, new or expanded really means Final Fantasy 7 Remake suffers from some rather horrendous pacing issues. The game will also clock in at over 40 hours because it infuriatingly lets you move Cloud at a snail’s pace for emotional effect or makes some cutscenes unskippable just because.

Format aside – and we’ll leave plot amendments to you to discover and judge on your own time – Final Fantasy 7 Remake’s hybrid real-time, menu-based combat system will be divisive. At times it’s exhilarating, using Materia to assess an enemy’s weakness and then switching to a character who can exploit it, working up enough ATB – Active Time Battle – energy to launch a devastating attack or spell. To have your party assail an enemy to the point where it’s staggered, and then really let loose, makes for a very fun time. 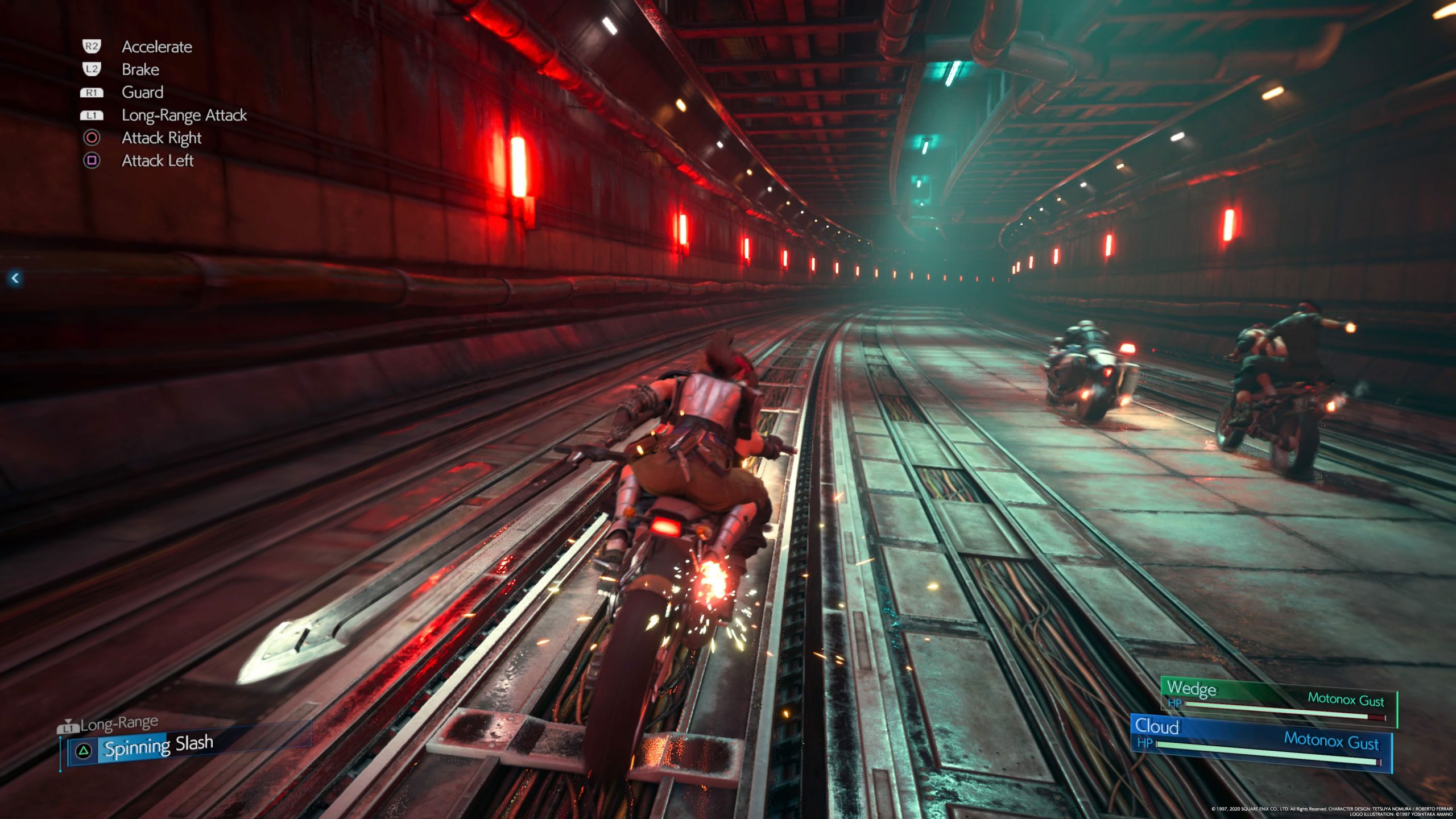 On the flip side, there are equal amounts of button-mashing required for each highly strategic section. I struggled to find fun in Classic mode, finding enemies too easy and too little to do, and with cannon fodder basically just stuck as Cloud to dodge, attack, attack, attack, repeat.

All up, there’s a lot of you already playing Final Fantasy 7 Remake by the time we get to publish this review. You can decide if you like it for yourself long before my opinion hits the internet. If you’re still here and still reading, know this: like Resident Evil 3, I’m not as enamoured by this remake as I was by the thought of it.

All things considered, it’s still a polished and worthwhile affair, doing many things for many different people. More often than not with it, I ponder when when the next instalment of this story will actually grace our TVs or monitors. In all honestly, I doubt it’ll be before this instalment’s one-year exclusivity period on PS4… so be prepared for a long wait on any platform, current-gen or not.

Final Fantasy 7 Remake was reviewed using a promotional code on PS4 Pro, as provided by the publisher. Click here to learn more about Stevivor’s scoring scale.