FIFA 18 has a lot in common with the iPhone 8. It’s an incremental update across the board, and while nothing feels significantly different, it’s improved in every department. Whereas FIFA 17 delivered the long-awaited monumental transformation for EA Sports, with the calculated migration to the Frostbite Engine, FIFA 18 adds the polish. The Journey returns for a second season, Ultimate Team retains its mantle as the most popular game mode, and Career continues its slow evolution in its quest to remain relevant. All the while EA Sports has listened to fans and significantly reduced the speed of the game in a shift away from its arcade style.

It’s astounding how many game modes FIFA offers. Just one of The Journey or Career, or Ultimate Team or Pro Clubs will be enough for most players – let alone the hundreds of fiery Quick Play matches against mates that comprises the bulk of the FIFA addiction for many players. 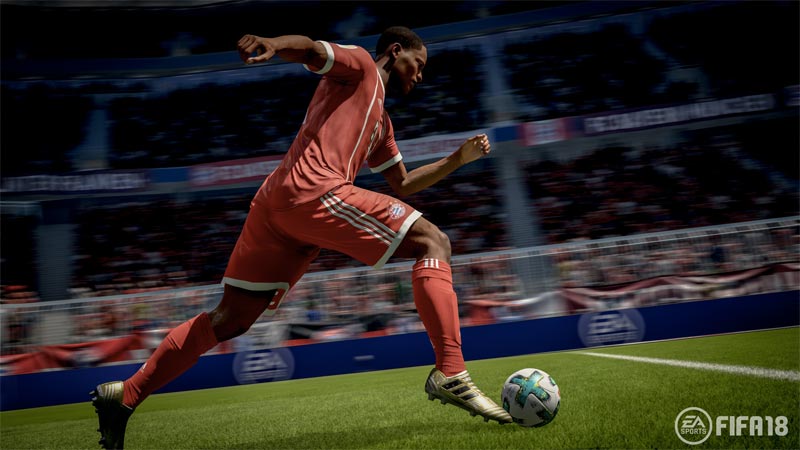 FIFA’s familiar menu system prioritises each of these modes based on your playing preferences and buries those scarcely activated deep within. The Journey retains top billing by default and impresses with a more dramatic tale. Last year’s origin story revolved around 17-year-old Alex Hunter’s rapid ascension to the ranks of the EPL and dream of winning the FA Cup. Having ticked those boxes as a schoolboy, EA Sports has ventured away from pure football and added melodramatic spice worthy of a crass reality TV show. The twists and turns affect Alex’s career on the pitch as well as his personal life, as the status quo is upset time and time again.

There’s a small element of ‘choose your own adventure’ to this year’s Journey, or at least that’s what it tries to sell you with the charisma of a used car salesman. Player choice is merely an illusion; while you can make some very small decisions, swapping out minor support character A for minor support character B, the core narrative is locked. It’s strange to play through a tutorial that stresses the importance of your decisions on Alex’s future, and yet when the key moments arrive those choices are made for you.

Still, despite being locked to the rails more than it lets on, this year’s instalment of The Journey ups the ante with a surprisingly deep story that ventures well beyond the soccer of a professional football player. At just 18 in his universe, Alex Hunter could be around for a long time, and at this rate he’s going to have a remarkably eventful career. Personally I can’t wait until the offers dry up and he joins the A-League in FIFA 38 on Xbox ONE X-VI S. 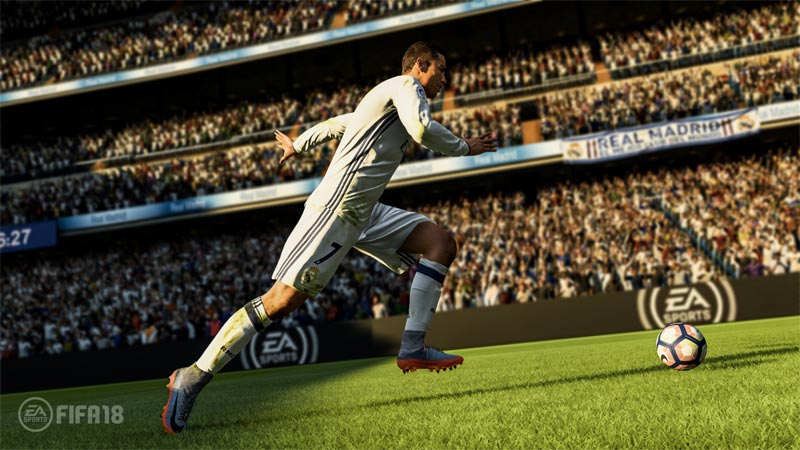 It was a big decision for EA Sports to switch game engines in the world’s biggest sports series mid-generation, just a few years after launching Ignite, which was touted as a revolution in sport engines before it barely fizzled into the history books. Moving to Frostbite was largely a success and FIFA 18 reaps the rewards with a focus to refine rather than restore.

The Active Intelligence System did wonders for A.I. last year, and I’m finally able to play with faith in my computer-controlled companions. If there was a notable weakness for FIFA 18 to address it’s the pacing that EA Sports hasn’t gotten right for the better part of a decade. I thought FIFA 17 was decent, albeit speedy, but FIFA 18 is actually good on the ball. While the turning circles of most players are still bested by a small elephant, FIFA 18 has reduced the speed of the game even more than last year’s dash of composure. 18 isn’t quite as open as 17, so it’s harder to break through the last line of defence, as a result of the slower speed of players. It both feels more like a real game of football and suits the incredible complexity of the advanced control scheme players need to master on Professional difficulty and above.

Despite all this, the ball still moves too slowly through the air. I haven’t been able to master lofted through-balls or long range kicks across the ground to free players in a paddock of open space since FIFA 12. Even with overall slower pace to proceedings, lofted balls are always intercepted, in favour of FIFA’s preference for driven passes and threaded through balls – both features relatively new to the series which have taken precedence over older and more basic options. 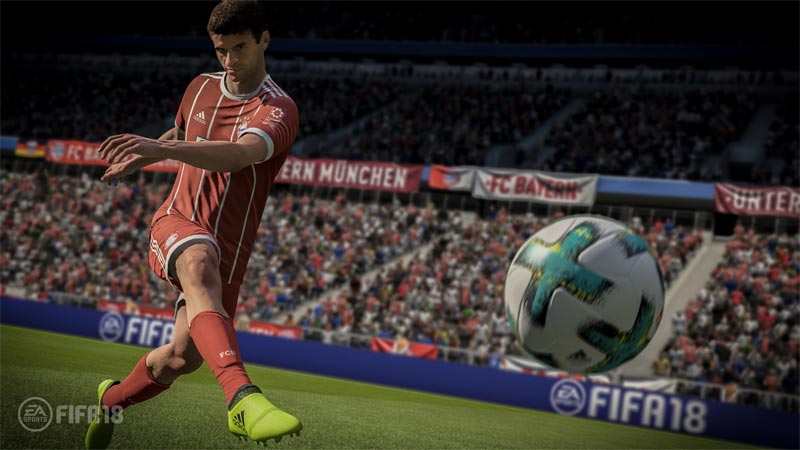 Penalties are much better than FIFA 17’s reboot which I never understood. I still don’t fully understand them in FIFA 18, but I can consistently get them on target, something I couldn’t claim last year. Initially I thought I liked the overhauled corners and free kicks in FIFA 17, but a year on I still haven’t unlocked their secrets and would prefer to revert to the old styles.

Elsewhere in the jam-packed menu system, FIFA Ultimate Team doesn’t tamper with a winning formula, nor does Pro Clubs. The International Women’s Cup returns, identically to last year, which more players may seek now that Sam Kerr has won our hearts.

After getting an actual face last year, Mr Manager takes a seat at the negotiation table in Career Mode. Wooing clubs and players kicks off a lengthy cutscene as you make some chitchat and find a middle ground to first buy a player and then convince him to sign for your club. Fortunately the banter can be skipped, as it grows stale by the third time, but a few additional options and semblance of control makes the paperwork more interesting.

FIFA 18 improves across the board and continues to offer an astonishing amount of options, without comprising on quality. The Journey avoids second year blues, and Ultimate Team, Pro Clubs and Career are all at the height of their game. EA Sports has adjusted the pace of the game to make for a more realistic experience while remaining firmly on the arcade side of the ledger. FIFA 18 is an incremental step forward, or rather a series of mini-steps, always in the right direction and well worth the upgrade.

FIFA 18 was reviewed using a promotional code on Xbox One, as provided by the publisher. Click here to learn more about Stevivor’s scoring scale.