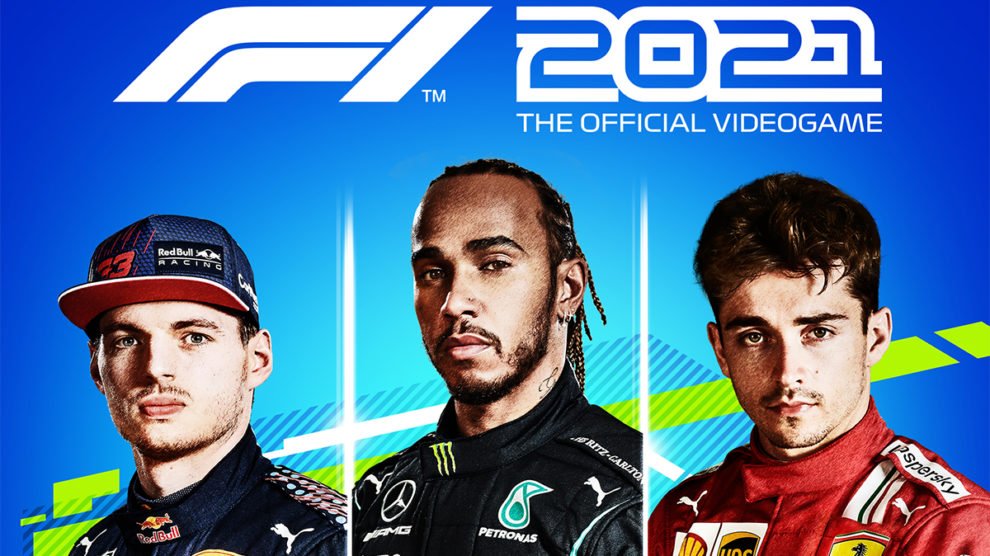 It’s a sunny day in F1 2021’s Melbourne as I find myself barrelling down the Walker Straight at Albert Park. Neck and neck with Australia’s own Daniel Ricciardo, it’s a game of chicken to see who brakes first into the quick right-left section of Brabham and Jones. While he may be the master of late braking in real life, this in-game Honey Badger knows when his goose is cooked, and I get the move done – just barely holding onto the rear end as we plow on down towards Turn 3.

This is the Formula 1 experience: high speeds, hair-raising corners and full-send style overtakes coming together in one thrilling racing package. The 2021 revision brings with it some tasty new additions and improvements to make the upgrade an intriguing prospect. These range from the heavily spruiked Braking Point story line to more compelling additions such as the two-player career mode that lets you and a friend compete – either on the same team or on separate ones.

2021 also brings with it physics tuned to be more true to the 2021 cars, along with the usual set of livery and driver updates. Most of the compliment of tracks from the ’21 season are on offer too, with those missing coming in an update later on. Disappointingly though it seems like we don’t have the offseason changes to tracks like Albert Park or Yas Marina available just yet, but here’s hoping they arrive with Jeddah later in the year.

Speaking of the car physics, Codemasters has been making huge strides in this department lately and I’m pleased to report that 2021 continues that trend. The cars feel even more responsive than the 2020 model, which is important given the offseason changes to the aerodynamics. These are communicated well through the in-game handling model – no longer can you go flat out through corners like Copse at Silverstone as the car simply will not stick any more.

Somewhat worryingly though, an old physics quirk seems to have reared its ugly head – cars basically will not rotate in higher gears. While not as bad as in previous titles — namely F1 2018 — I noticed that I had to take several corners in a lower gear than in 2020 for no reason other than a lack of rotation mid corner. This could be attributed to setup issues or even the change in aero regulations, but the sheer difference between high and mid speed corners feels too great to be due to that alone. 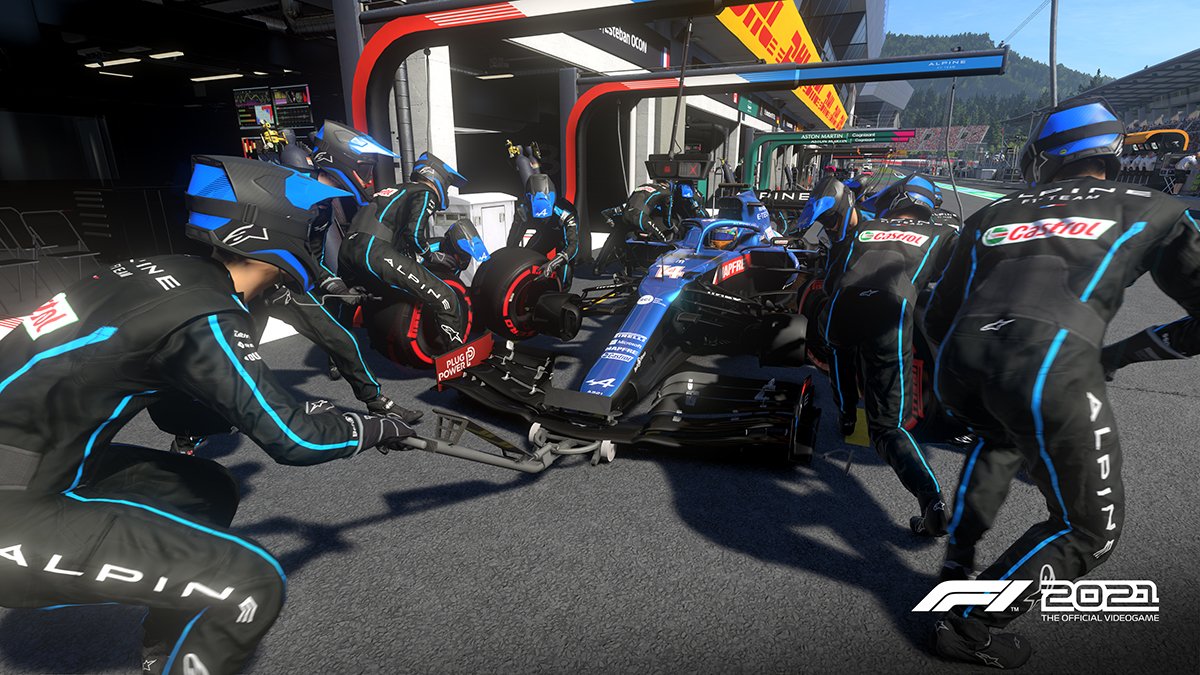 A big focus of the marketing campaign for this year’s release has been the return of Braking Point, the daytime-TVesque story mode that first appeared in F1 2019. Following a driver who’s definitely not Jack Aitken, the story tracks a young driver as he snags the F2 world championship and cuts his teeth with the big boys in Formula 1.

Each story beat is told, fittingly, around an event of some kind that happens in-race. Rather than doing the traditional practice/qualifying/race structure, the player is greeted with cutscenes before being thrust into a race with a goal to achieve to ensure progression. Normally these are quite simplistic goals such as “catch up to your teammate” or something similar, but in practice they are incredibly frustrating to achieve.

Couple this with what is essentially the plot line and writing of a bad midday soap opera, and you’re left with a pretty unsavoury experience overall. I doubt that anyone is actually picking up this year’s title for Braking Point alone, but if you are thinking about jumping into the shoes of Aiden Jackson then I recommend you give it a miss. 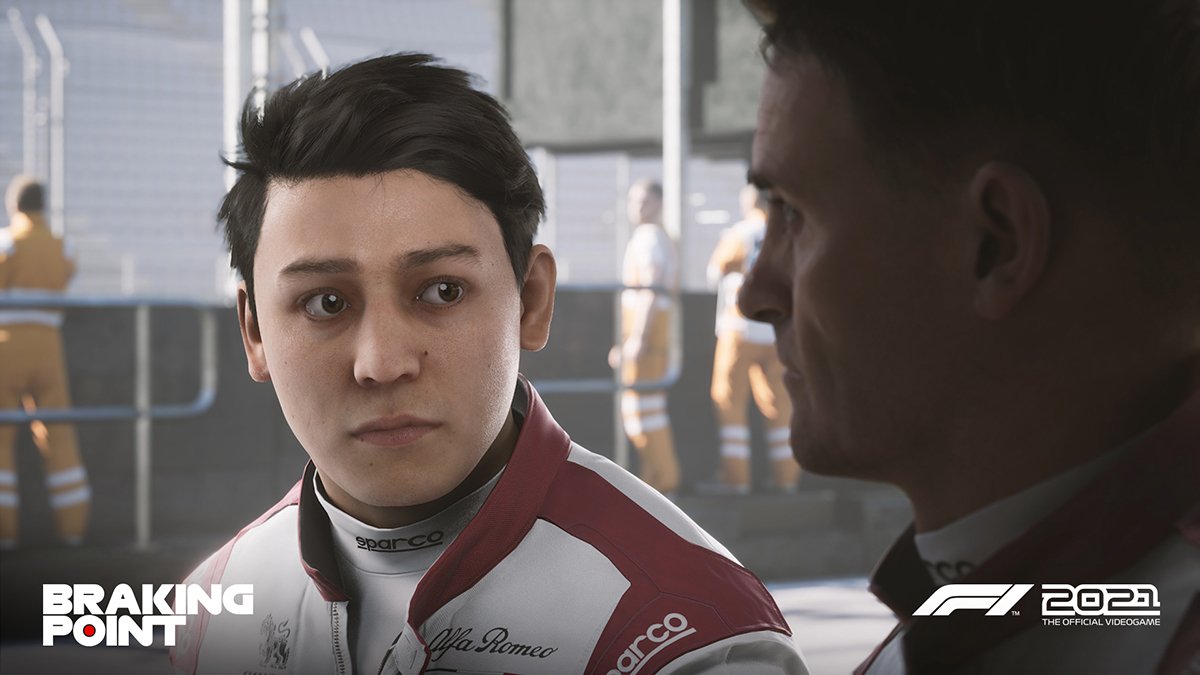 If it’s single-player action you’re looking for, your time would be much better spent in the brilliant My Team or My Career modes. These modes provide a much better solo experience, as you either build a team from scratch or jump into an existing one to help build them up to be top contenders for the F1 crown.

Those who’ve played F1 2020 will be familiar with the concept already, though it’s far more streamlined this time around – R&D menus make much more sense now and there are fewer practice programs to complete at each race. These practice programs are invaluable for teaching you both the traditional racing line for a circuit and other car control basics, and it’s great to see them back again. I would, however, like to be able to access them outside of the career modes as I think they provide a great training mode for everyone; it’s a shame to have them tucked away rather than freely accessible in the menu.

While I didn’t get much time to try out the multiplayer, it’s fair to say that the single-player content alone more than justifies picking up F1 2021. The physics model feels better than ever, the tracks look superb and it’s just a blast to play.

Whether you’re a fan of Formula 1, a die-hard sim enthusiast or even just a casual racing game fan then it’s hard to go past F1 2021. There’s something for everyone in this years offering, and I can’t wait to get stuck in to the new tracks later this year.

F1 2021 was reviewed using a promotional code on PC, as provided by the publisher. Click here to learn more about Stevivor’s scoring scale.