Stevivor
Home Reviews Darksiders Genesis Review: Strife is here to save the day 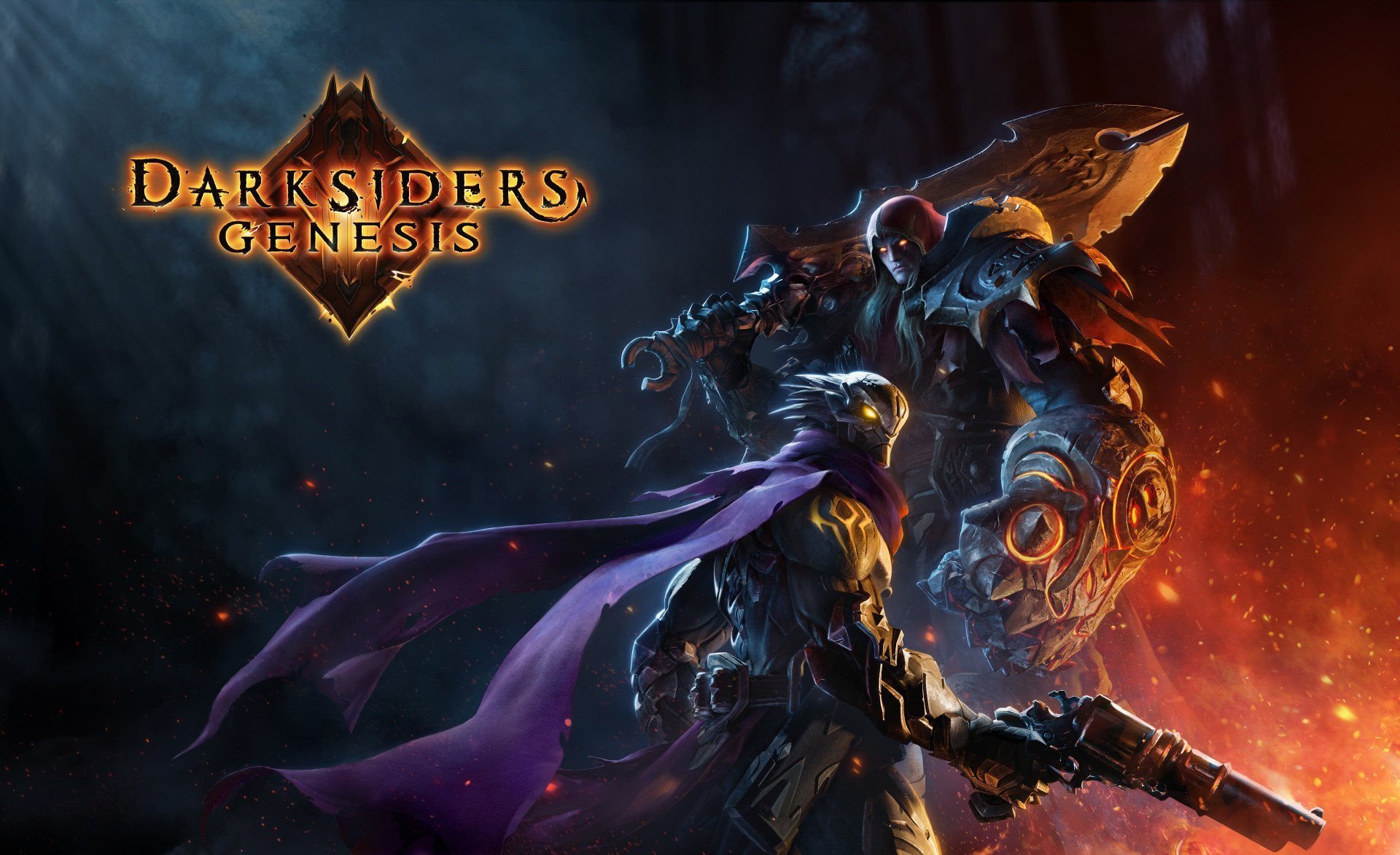 War’s back (but Strife’s better.)

Darksiders Genesis is the fourth title in the Darksiders franchise, and one that’s seemingly been designed as a course correction after the abysmal offering that was Darksiders 3. Rather than continuing with the same tried-and-true formula, Genesis opts for a top-down, isometric approach that means you’d be forgiven if you mistook it for Diablo at first glance. Much like the change-up that was Yooka-Laylee and the Impossible Lair to its franchise, Darksiders Genesis breathes new life into an IP desperate for it.

The events of Genesis take place ahead of that of the original Darksiders, which means we get further insight into the fall of man. In this iteration, we play as either War (from the original Darksiders) or the newest Horseman of the Apocalypse, Strife, as they set out to investigate troubles with The Garden of Eden. Despite the genre change, things feel like Darksiders from the get-go, a testament to Airship Syndicate’s Joe Madureira, co-creator of the franchise.

Controllable for the first time, Strife is by far my favourite of the duo, a fast-moving, wisecracking Spidey-type that adds some flavour to the grind. He’s not as powerful as War (well, duh), but his ranged weaponry more than makes up for that. If you’re feeling more like a tank, War’s your pick, equipped with his trusty sword, Chaos Eater. Playing solo, you’re able to switch between the characters at will, though you can also choose a Horseman and team up with a friend in co-op.

Co-op players are able to link some pretty dastardly combos together, though solo explorers will get the hang of activating burst abilities and then swapping characters on-the-fly to maximise damage too. The usual Darksiders currencies remain in-game, meaning you’ll be hoarding Souls for use at Vulgrim’s shop in order to improve yourself. Upgrades aren’t cheap, though; I found myself focusing on my preferred character and then replaying dungeons to stock up for the second.

Combat is Diablo-like (says someone who’s only dabbled in Diablo III) but ultimately fun; large levels can prove to be somewhat repetitive and somewhat of a grind, but I found myself balancing that out by exploring to achieve side-quests or to find a multitude of collectibles (which, thankfully, have a total count per area). There’s limited platforming and sleuthing involved in some of those collectibles, and while it does take a bit of time to get used to movement, it becomes satisfying relatively quickly.

While the inside of a level is relatively samey, each is a dramatic shift from the last; I can’t deny they’re all beautifully detailed. The view top-down view is perfect for the genre but still suffers in points; if you move your character in a position where he’s out of view, you’ll see him outlined but you won’t be able to see any baddies surrounding you. This has thankfully fixed on console at release; now, everyone is highlighted rather than just you.

Darksiders Genesis truly surprised me, a game I was hardly interested in after the mess that was Darksiders 3. While I highly recommend it to franchise fans and those who enjoy a good ol’ dungeon crawler, I’m confused by two huge release decisions: to first put this on PC and Stadia far ahead of a Switch, Xbox One and PS4 release, and to optimise the game for a controller even then. While that works well on consoles, I’m still left thinking this new format would have been perfect for the PC’s keyboard and mouse.

Darksiders Genesis was reviewed using a promotional code on Windows PC and Xbox One X, as provided by the publisher. Click here to learn more about Stevivor’s scoring scale.