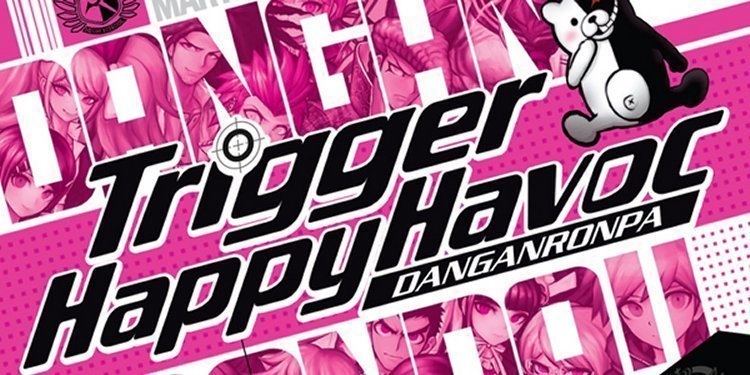 If I had to describe Danganronpa: Trigger Happy Havoc (THH) in one word, it would have to be bizarre. That wouldn’t be doing game justice, though, as it’s much more than that. A point and click murder mystery is not the kind of game that would usually interest me, but after a few hours I couldn’t put it down.

The game begins with the main character, Makoto Naegi, explaining how he has been accepted to Hope’s Peak, the most prestigious school in the country. Shortly after arriving things take a turn for the worst and Makoto and 14 other students find themselves prisoners in the school. The culprit is the evil robot teddy bear (yes that’s right) Monokuma. He informs the student that they will be forced to live out the rest of their days in the school. The only chance to graduate is to kill another student without being caught. If a student complies with Monokumas request and gets away with murder all the characters but the murderer will be killed. If the correct student is found guilty they will be executed and the remaining characters get to live. Until someone else jumps on the murder bandwagon that is. 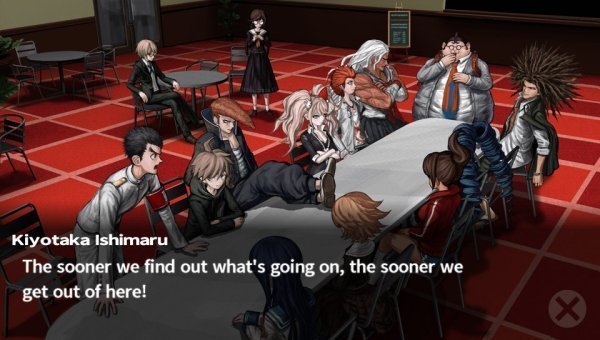 The characters themselves are by far the best part of THH. Each character is well known as the best at what they do. The ultimate gang leader, the ultimate pop star, the ultimate baseball star and so on. From the outset you are given files on each characters background to help get to know them. Character development is very important and as the game goes on students true identities and agendas are revealed. The ridiculous amount of twists would make a young M Night Shyamalan smile. Although the game is filled with obvious stereotypes it manages to stay fun and surprising. At times it manages to break the heavy subject matter and overall tone of the game and just be silly. It’s a well-balanced mix of murder, insanity and humor. Oh and a little fan service here and there to keep things on track.

THH can be divided into 3 main sections or phases in each chapter. First up is “daily life”, where you are able to explore the schoolgrounds and interact with other characters. At some point a shocking discovery will be made and the game will transition into its second “deadly life” phase. During this section you are tasked with accumulating evidence to prove both a characters guilt and your innocence. The third and final stage of each chapter is the “class trial”. This is were you get to put all your damming evidence together in a series of mini games to for sweet justice. 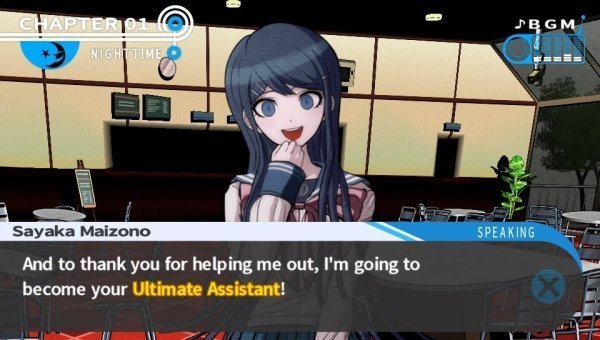 There was a point in the first class trial where I had a moment of clarity. The evidence made sense all of the sudden and in the manliest way possible I squealed with excitement. I had cracked the case and it was an amazing feeling. Ok, so its not like Batman should be worried that I’m gunning for his job, but it was a reaction I wasn’t expecting from myself. This was the point of no return for me. I was totally hooked. Being horizontal is basically my super power and it’s rare for me choose a game over sleep but I found myself playing until obscene hours in the morning.

Along with the overall adult premise of the game, THH is full of sexual innuendo and some of it is a bit full-on. I assumed the game would be targeted to more mature gamers with all the graphic murders but early in the game I was blown away by some of the conversations. It’s a little strange that I was focusing on some dirty exchanges with characters when people were being horrifically murdered. It’s either because I have become a little desensitized to violence or because I just wasn’t expecting it. Either way at first it just seemed out of place and only there for shock value. After a few more instances however the tone of the game was set, my brow was lowered and I was happily chuckling away.  Continuing the adult theme is the surprising amount of cursing in THH. Again it fits with the overall feel the game works hard to create and now I cant imagine the game without it. 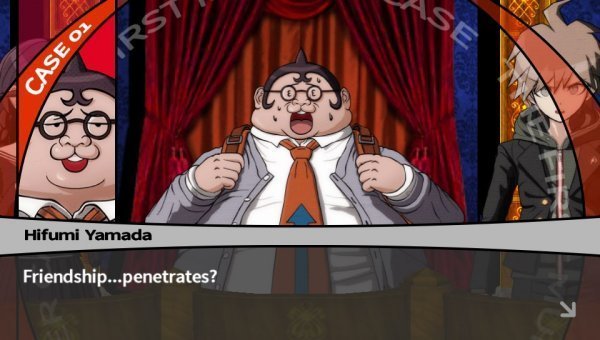 The music changes depending on the circumstances but always has a fast pace drum and bass feel. It does an excellent job of setting the mood and somehow keeps the music catchy. I found myself whistling a few of the different tunes long after putting it down. Especially Monokuma’s theme which manages to be upbeat and creepy at the same time. While the whole game isn’t completely voice acted there are little phrases almost every time there is text on the scene to keep things interesting. It helps to make the fully voice acted sections like in parts of the class trials blend in with the rest of the game.

Class trials can be really fun. Bouncing from rhythm games to shooting down contradicting statements with “truth bullets” is surprisingly engaging. There are too many variations of mini games in the class trial to talk about them all but my favorite is the closing argument. Once everything is out in the open you will have to summarize the entire case using a comic strip. Certain panels are missing and you have to fill them with the right information to close the case. The comic is manga style so everything goes right to left. Just one of the many things in this game that highlights just how Japanese it is. 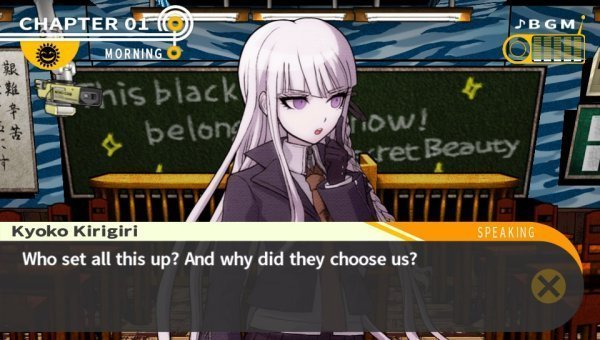 As exciting and engaging as THH can be you are never very far away from the truly strange elements of the game. Each night you will be treated to some weird poetry in the form of the Monakuma Theater. He will say some odd things that he clearly thinks are very profound and then you wake up and its back to business as usual. The most unsettling thing is waiting eagerly for one of your friends to die. You spend all this time with these people getting to know them only to have the thrill of solving the case outweigh any thoughts for their safety. Its cruel to have such outstanding character development paired with such blood lust.

After having the premise of the game explained to me I didn’t think it was going to interest me at all. Thankfully I was very wrong. On paper it sounds like a game that wouldn’t really work in a western market. I’m surprised it ever made its way out of Japan but I’m glad it did. If you own a Vita I can definitely recommend Danganronpa: Trigger Happy Havoc even if it doesn’t sound like a game for you.