For the last month I’ve had the privilege of doing all my gaming with two pairs of top of the range gaming headphones: the Astro A40 and the wireless Astro A50. I have a very nice 5.1 setup at home that I use for gaming, so I wasn’t quite sure what to expect with the headsets. After all, I’ve become accustomed to the high fidelity side of sound in gaming.

For those unfamiliar with my background, I studied audio engineering. When I’m not playing video games, I work as a sound guy for bands in live venues around Melbourne and do occasional studio recordings.

I like to think I know a bit about sound.

Now that my credentials are out in the open, I can say with confidence, that both pairs of headphones sound amazing. I won’t be going back to my old setup — after spoiling myself with incredible Dolby digital 7.1 surround — without a fight. 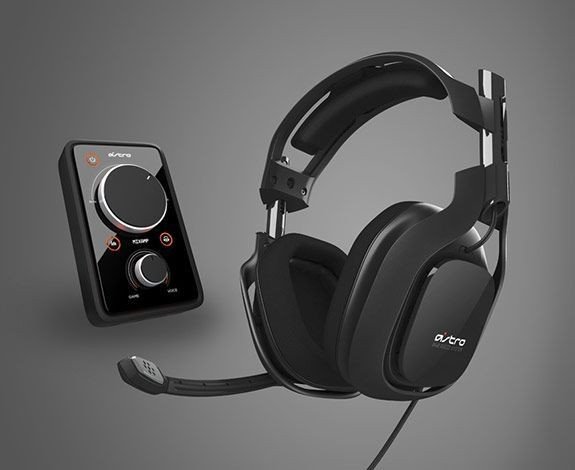 I had some issues setting up the A50s. The firmware that comes pre-installed is out of date and won’t work with either PS3 or Xbox 360 out of the box. That’s bad news for Mac users because the updated firmware I downloaded to patch the problem wouldn’t work on my Mac. There was some issue with the install file and it just refused to work. After trying the same process on a PC — with a little more success — the A50s were up and running. The minor setup issue was forgotten as soon as I fired up my first game as the sheer quality of the A50s was immediately evident.

There are a few differences between the two models. The most obvious being that the A50s are wireless while the A40s are not. I was expecting the wireless models to exhibit at least a little signal loss or some form of quality difference from the wired A40s. I was surprised however to find, after putting them through every test I could think of, there was no sacrifice for quality over convenience. That, or it is totally unnoticeable.

The choice of three predetermined EQ settings is also a nice touch that’s missing on the A40s. If you find yourself clumsily dropping the bass (like Skrillex) the A50s will allow you to pick it back up or readjust. It’s not all bad news for the A40s when compared to the A50s though as they are the official MLG headphones used for competition. You know they’re not only a quality pair of headphones but they are reliable. The A40s also have a handy mixer that plugs right into the unit allowing you to easily change the balance between game sounds/effects and the voices of friends on their own headsets. Good news for anyone playing an FPS who want to tune out that annoying 12 year old American boy complaining about everyone else’s skill level, omnipotently, on every server, ever, at the same time.

You know the one.

You can achieve the same function on the A50s by tapping either side of the right ear piece to raise or lower either audio signal. It isn’t quite as precise and certainly not as cool as having your own mixer though. 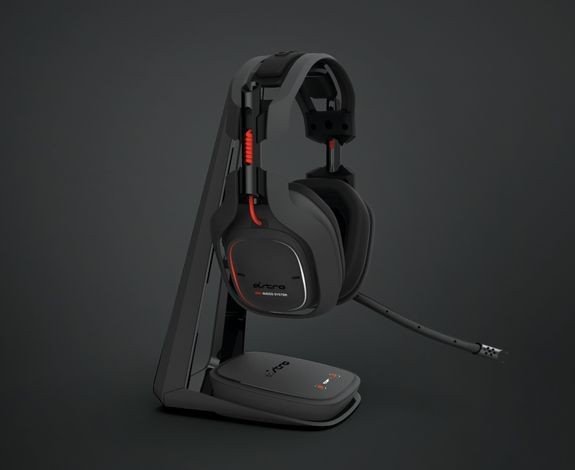 That’s about it for the comparison between the two units as everything else is essentially the same. They’re both about the same weight, look similar and feel the same to wear. The decision between the two is really about personal preference and whether you’d rather have the convenience of the wireless set for around $50 more. Both pairs will automatically mute your microphone if you swivel it away from your mouth and after a short test I found I can talk quietly into the microphone and still have my voice come through loud and clear. If you live with light sleepers or are prone to noise complaints from friends or family — due to your late night gaming — these headphones are the answer.

I have owned and used a ridiculous number of headphones in my time. After spending countless hours in recording studios, tracking and mixing bands I’ve found that — other than audio quality — the most important thing about a pair of headphones is that they are comfortable. This is even more important in a pair of gaming headphones as the likelihood you’ll be wearing them for extended periods of time is high.

Even high-end headphones from companies like Shure and Sennheiser, who are respected throughout the audio industry, can sometimes suffer from being just too uncomfortable to use for much more than an hour or so. This is usually because everyone’s ears are different and it’s hard to make something that’s comfy for everyone. I found both the A40s and the A50s to be some of the most comfortable headphones I have ever used. They feature some of the biggest over ear cups I have encountered, totally covering my ears while barely touching them. That means anyone with both a face and a neck, will find these comfortable to use and like me, you’ll forget you’re even wearing them after a while. 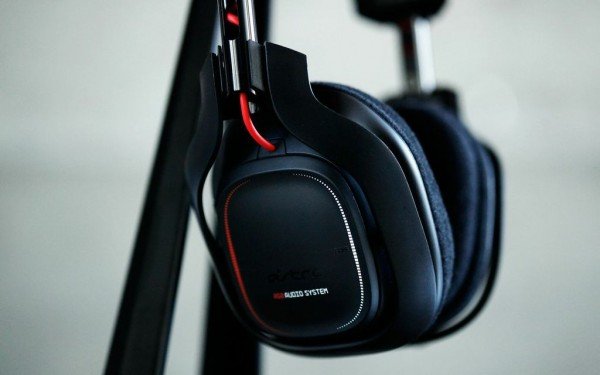 It’s worth mentioning that the A40s are always plugged into power and the A50s use rechargeable Li-ion batteries.It’s important to note that some of their competitors require AA batteries and don’t come with rechargeables as standard. Rechargeable batteries are a much better option in my opinion, but the mini usb charge cable that comes with the A50s is a little on the short side. If you’re like me and you don’t have a long charge cable handy, I definitely recommend picking one up so you can recharge during use. Having your sound drop out during play because the battery is flat isn’t fun.

Of the two pairs, I preferred the wireless A50s. I had freedom to move around while playing and I liked having the EQ choices. PS3 and Xbox 360 users will be impressed with both sets, but it would be nice to see some Wii U support. Although, it would be surprising to any Wii U support for high end gaming headsets at this stage.

If anyone is in the market for a wireless 5.1 sound system let me know. I may just be selling my hi-fi unit since it’s recently been made redundant after using these amazing headphones.