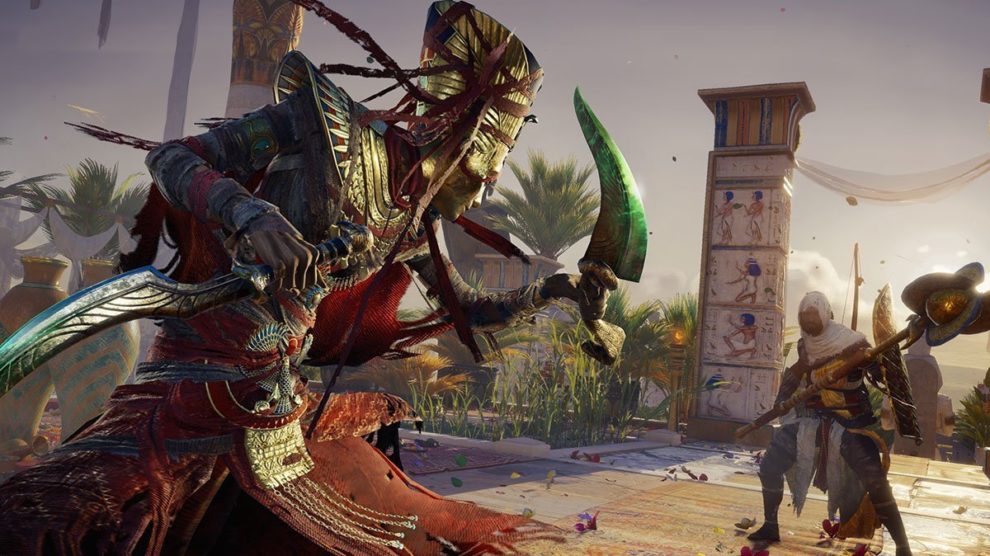 Assassin’s Creed Origins is back with its latest — and perhaps last — bit of substantial DLC in the form of “Curse of the Pharaohs”, a supernatural romp through Egypt.

As Stuart noted in his preview, Bayek travels to Thebes and its four other surrounding regions — all new to the game — in a sequence that takes place four years after Origins itself. While things start off like the 40 hours of the core game you’ve played previously (well, maybe… more on that later), you’ll eventually find yourself in the afterlife fighting the very Pharaohs the content is named after.

While the normal Egypt bits of the DLC are equally as good as the main game, the afterlife bits are way better. It’s here that Assassin’s Creed gets to fly its freaky flag, the same one that’s made appearances as you fought an Evil George Washington in ACIII or murdered the people of Whitechapel as Jack the Ripper in Assassin’s Creed: Syndicate. It’s history, but perhaps not as we know it, and it’s damn entertaining. 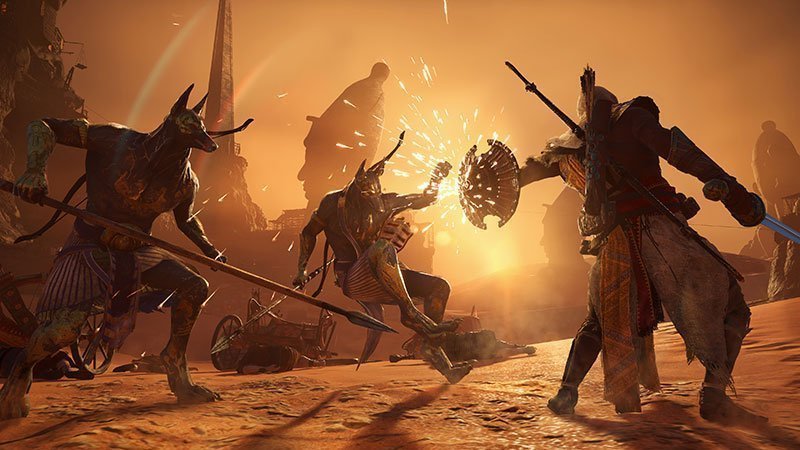 Instead of humans, you’ll attempt to best Jackals. You’ll freak out at the ba-birds — creepy birds adorned with human heads. You’ll dance around giant scorpions in an effort to eventually reach the big bad of that afterlife realm and return home. Before you take on the boss, though, make sure you take some time to drink in the design of the land around you, each decked out like the Pharaoh they contain. Like the rest of the game (and I realise I’ve been saying that a lot), they really tap into the Ancient Egyptian culture.

For players who’ve done all there is to do and see all there is to see (and that definitely includes Discovery Tour, by the way), this content brings new challenges and a much needed raise of the game’s level cap from 45 to 55. This alone means enemies are once again scary and able to cause you real worry. If, for some reason, you’ve not finished the main game, you’re also able to copy your save, bump it to level 45 and jump straight into this stuff (though don’t). It’s win-win, really.

If you love Origins, you’ll get a big kick out of “Curse of the Pharaohs”. Simple, really.

Assassin’s Creed Origins’ Curse of the Pharaohs DLC was reviewed using a promotional code on Xbox One, as provided by the publisher. Click here to learn more about Stevivor’s scoring scale.