Stevivor
Home Reviews AO Tennis 2 Review: Be open to anything 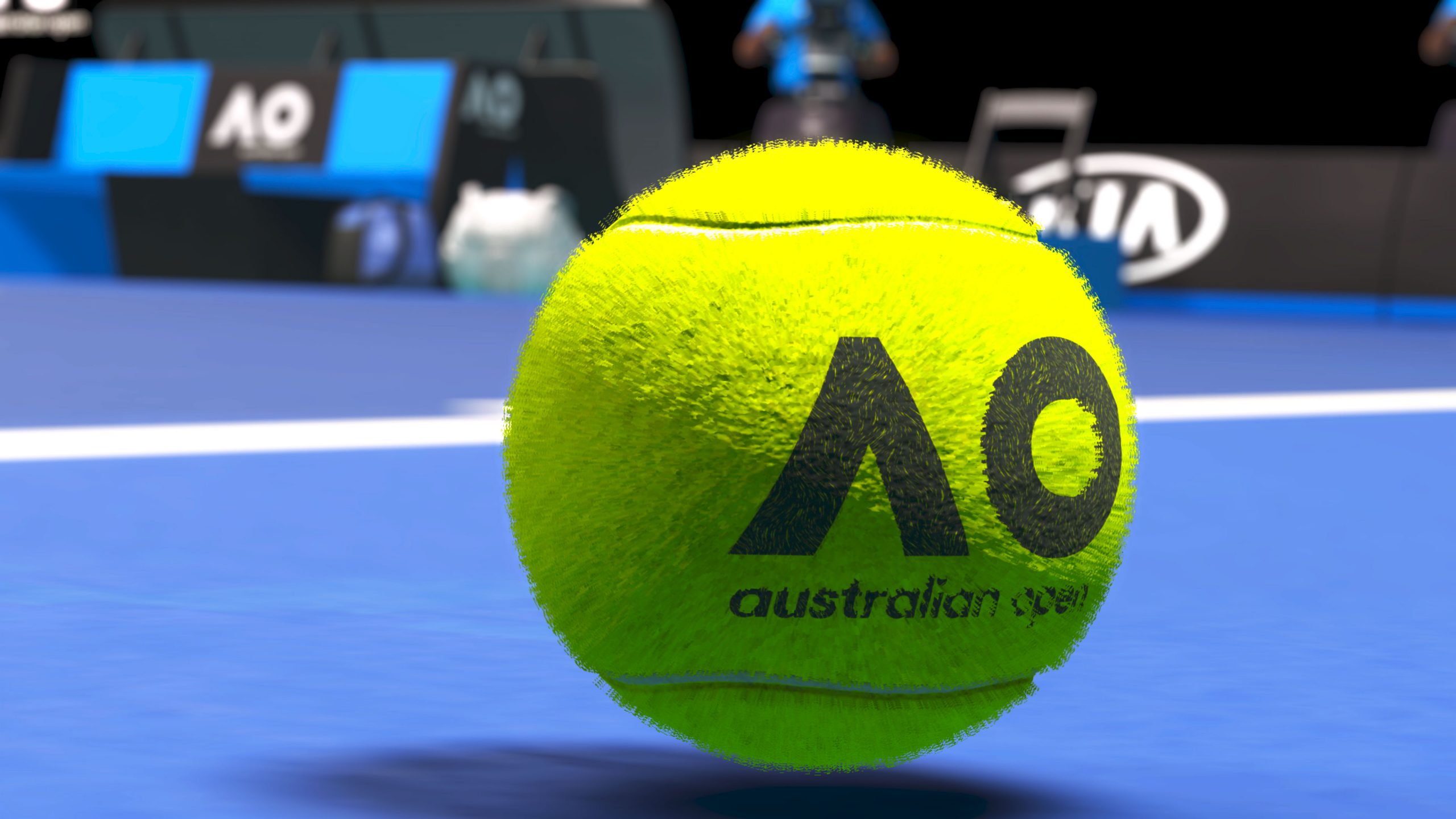 Unlike the original, AO Tennis 2 comes out of the gate strong and sure of itself.

AO Tennis was a mess when it first launched back in January 2018, something that was fixed up — eventually — by developer Big Ant. Thankfully, the studio has learned from its mistakes; its sophmore release comes out strong from the gate. With a beefy career mode and improved attention to detail, AO Tennis 2 is a vast improvement over its predecessor.

Controls remain largely untouched — you’ll serve and return balls with presses of your controller’s face buttons; each is decidicated to a different style including lob, flat, top spin and slice shots. For maximum efficiency on any difficulty above the lowest — where your shots are essentially perfect and very rarely can go outside of bounds — you’ll need to hold and time your button presses to stay on the good side of a coloured meter; green is good, red is bad. You aim your shots using a small white dot that indicates where your ball will end up on the court, provided you’ve used appropriate power.

As someone more accustomed to a sheet of ice rather than a tennis court, I found myself bouncing back and forth between the lowest and second-lowest difficulty settings. Admittedly, the lowest is a bit too easy; my utter lack of tennis skill made the next level up a bit of a struggle at times. One higher? Well, just like in AO Tennis, I found I couldn’t multitask as well as I needed to. I struggled to position my player, time the button press and aim my shot all at the same time. The fact that opponents are near-perfect didn’t help much either — most points in a game were because of my own unforced errors. Big Ant has told Stevivor that a launch window patch will be “tweaking the AI to take more risks and make more errors while playing” but this review is based on gameplay experienced before its release.

Career mode has undoubtedly received the most attention from Big Ant outside of general gameplay itself, this time offering players the chance to experience a small narrative arc outside of matches. Players will find themselves conversing with a series of mentors as they play, getting advice on how to manage press conferences and sponsorship offers. It’s basic when compared to something EA or 2K offer with FIFA or NBA 2K, but welcome nonetheless. You’ll find yours truly reappropriated as a sports journalist from time to time, asking questions that pertain to your play style or even the city in which a current tournament is hosted. While this adds to the overall experience, it’s a bit shallow — it’s very easy to tell what the outcome attached to each of the four answers you can reply with will be. Choose accordingly.

As we detailed in our preview, career mode will make you select what you’d like to do using a calendar that lists upcoming tournaments. You’ll generally have the choice between a harder, fatigue-inducing, high-paying tournament or easier ones likely closer to home. The risk/reward functionality means you essentially need to decide between easier, meagre XP gains, cash, or ranking positions each week. While you generally have the option to select how many games, sets and matches your player needs to win in career mode, some tournaments don’t follow those settings; even then, every single tournament goes for round after round after round as if they’re all the Australian Open. All that for 25 ranking points?

Career mode also highlighted new injury functionality, though I’m hard-pressed to fully understand it. As I was playing through Wimbledon — or rather, the generic name given to it to avoid licensing issues — I was certain an on-screen prompt told me I’d developed an injury that would take me out of play for 16 days. Angry that I’d miss the chance to win a Slam – and an Achievemtn tied to winning all four in a year — I was then surprised to find that the injury didn’t impact me in the slightest; I continued on playing and won without an issue, even without bothering to take an injury timeout.

While animations both on- and off-court have been improved for the most part, I’m surprised that the Australian Open itself has lost some of Big Ant’s focus. The players’ walk through the hallways of Rod Laver Arena, passing past winners, has been removed. So too has a final showcase of your player after he or she has won the slam. In fact, the animations that are shown when your player wins a nothing, placement tournament are pretty much the same ones that will trigger when you’ve bested the likes of Nadal or Barty on the world stage. While sweeping shots of the newly renovated Melbourne & Olympic Parks precinct have replaced these packages, it still seems a little strange.

No matter the mode, players will be able to take advantage of a new yin and yang reaction system that adds some personality to their digital equivalents. Available at the end of every point, you can choose to react in a sportmanlike or non-sportsmanlike fashion. In Career mode, your reaction will add (or detract) from a karma score as you play, though in exhibition modes it’s largely cosmetic. While fun to trigger, it’s hit-and-miss; far too often I’ve found myself hitting the sportsmanlike option when an opponent has double-faulted only to see my character react as if he’s won the Australian Open itself. In career mode, I found it only took a handful of games to go from wholly bad to wholly good simply by mashing the d-pad’s up or down button after each point, depending on my goal.

Admittedly, the game’s roster doesn’t contain all the stars fans would expect, Big Ant’s customisable Academy means the likes of Roger Federer, Kei Nishikori and more will — or have, since all of AO Tennis‘ user-made creations have been imported already — be available for download and use. Creative types will also be able to build new sports precincts and attach them to the career mode schedule in case you’re desperately wanting to play some tennis in a random locale like Saskatoon, Saskatchewan.

While the original AO Tennis released in a horrendous state, the same isn’t true of AO Tennis 2. While there are some niggling issues here and there, they certainly don’t detract from the overall experience. As with the original — especially its AO International Tennis iteration — this is a title we’d recommend to fans of the sport.

AO Tennis 2 was reviewed using a promotional code on Xbox One X, as provided by the publisher. Click here to learn more about Stevivor’s scoring scale.

Stevivor’s Steve Wright was face-scanned for the original AO Tennis and appears in AO Tennis 2 as a sports reporter.