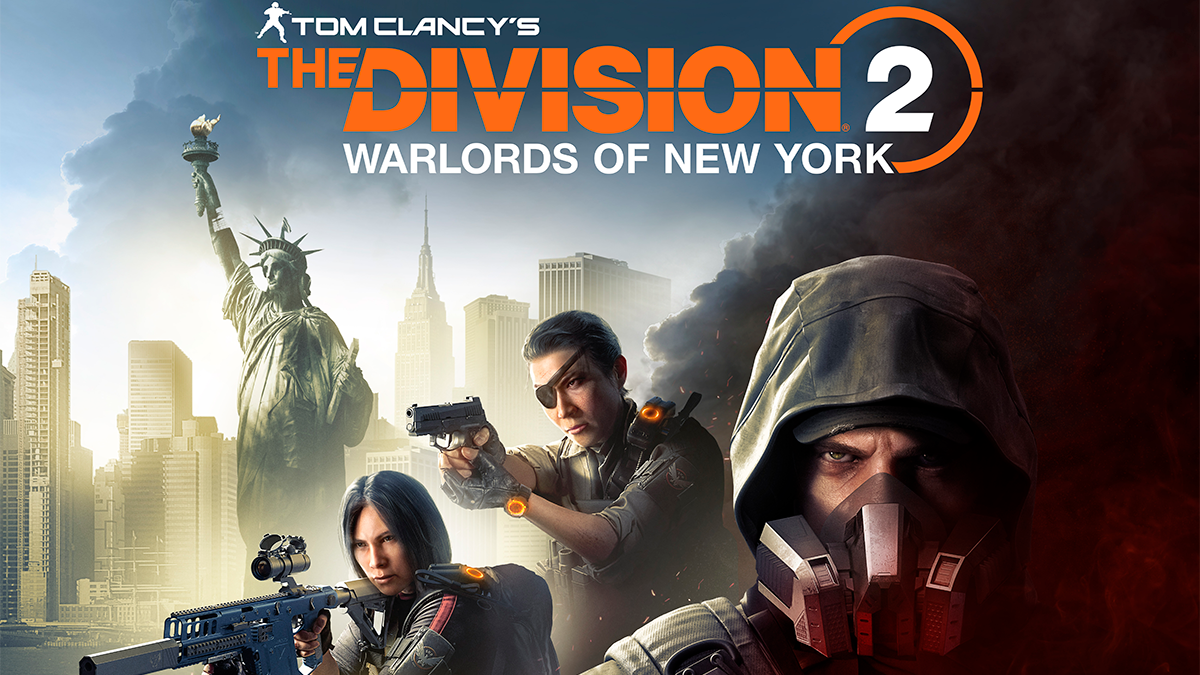 Get a New York state of mind.

It’s been almost a year now since we first stepped out onto the swampy streets of Washington D.C. in The Division 2, a far cry from the snow swept streets of New York City series veterans were familiar with. Many lamented the loss of Midtown Manhattan and its surrounding boroughs, and with it the oppressive and bleak feeling of the concrete jungle. Lament no longer though, as Stevivor was lucky enough to head to Malmo, Sweden to check out the first major expansion for The Division 2: Warlords of New York.

It’s been 7 months in Division time since we were last in the Big Apple, and things aren’t exactly how we left them. While order had been largely restored in the city thanks to the efforts of our agent, all is not well in New York. Two major factions from the first game — the Cleaners and the Rikers — are back and causing havoc, while the city itself has recently been ravaged by a hurricane. To make matters worse, Aaron Keener, the ghost-like antagonist from The Division, returns with his own merry band of rogue agents who are (of course) hell-bent on bringing down the system our agents worked so hard to restore.

Stepping out into New York itself feels a bit like uncanny valley — we’re in Lower Manhattan now so things are understandably different — but it’s more than just the scenery that’s changed in the city. The city itself feels more alive now, with a wider variety of animals and lush greenery now blanketing the city. In a way, the liveliness of D.C. has bled across into New York, making it feel like a living, breathing city once more.

Of course, the beginning of Year 2 brings with it more than just our homecoming and offers plenty of content for players to sink their teeth into. Warlords of New York will feature 4 new zones, 5 new main missions, 8 checkpoints and 8 side missions to play through, as well as a whole host of new collectibles to pick up along the way. These main missions take the form of Manhunts and can be played in any order and will see you disassembling Keeners band of rogue agents. Each of these missions will feature several steps as you track the rogue down, before culminating in an epic boss fight that will reward you with that agent’s special skill to add to your own kit.

These skills are — in no particular order — the Decoy, the Shock Trap, the Sticky Bomb launcher (returning from The Division) and the Firebrand, a specially modified version of the Sticky Bomb. Defeating each of these bosses also brings you one step closer to the big man himself, Keener, who you’ll take on in an ultimate showdown.

A City with character

Veterans of The Division will be pleased to know that present day New York will feature many familiar faces from the first game. You can expect to have Faye Lau or Roy Benitez nattering away in your ear as you take the fight to Keener, though it seems that not everyone may have made it to the present day.

The two returning factions have used the intervening few months to upgrade their own kit; while you’ll see some familiar faces in their line-ups, you’d best be prepared to face some new foes too. We were also pleased to hear that some exotics will be returning too, though we weren’t able to find out just which ones we’ll be seeing come release day.

Warlords of New York will also bring with it a whole host of changes to the end game. The gear system is being overhauled entirely and rejigged to make a wider set of builds more viable come end game content. The expansion itself will bring an increased level cap — now 40 — and a higher difficulty level of Legendary for missions and other end game content across both New York and D.C.

On top of all that we’ll also be seeing a new season system introduced in Warlords that’s designed to give players more to do in between content drops. These seasons will feature their own unique cosmetics, seasonal gear, a seasonal Manhunt and newly introduced season rank and League systems. Warlords of New York will also see the introduction of a cosmetic only battle pass system, because of course.

Now, Ubisoft didn’t fly me halfway around the world just to watch a nice presentation about Warlords of New York. I was also treated to a 2 hours hands-on session of Warlords, which included a playthrough of one of the Manhunt missions. Be warned, some minor mission spoilers do follow.

The most dangerous game

The mission we dived into saw us tracking down Theo Parnell, Keener’s “tech guy”. Parnell has access to a few neat tricks such as drones and decoys, the latter of which you’ll unlock for yourself once the mission is complete. Without giving too much away, he makes good use of those decoys throughout the mission, and it’s a pretty neat way to introduce players to new gadgets. Overall, the structure of the Manhunt missions does a good job of building up the character of the agent you’re tracking and makes it much more satisfying to bring them down. From our preview, Massive appears to have done an excellent job in breathing life into each of the rogue agents, making them more than just another mob to take down.

Otherwise, gameplay in Warlords of New York is still just that of classic The Division. We didn’t have enough time to really sink our teeth into the gear changes coming with the update, but that said, I’m pleased to say that gear and perks are now much easier to understand.

Overall, Warlords of New York represents an exciting step for The Division 2. Much like the original, the sequel initially received praise from fans and critics alike with a robust campaign and solid levelling experience. Also like the first game, The Division 2 was marred by updates that didn’t quite take the game in the direction that fans wanted. For now, Warlords of New York seems like a course correction — a step in the right direction — to bring the game into a better state overall. Whether it pans out that way will remain to be seen.

Warlords of New York will be available from 3 March 2020. The Division 2 is currently available on Windows PC, Xbox One and PS4; while a Stadia release is planned for later in March.

Hamish Lindsay travelled to Sweden as a guest of Ubisoft to cover The Division 2.