Home » Previews » The Artful Escape Preview: Something big from Melbourne 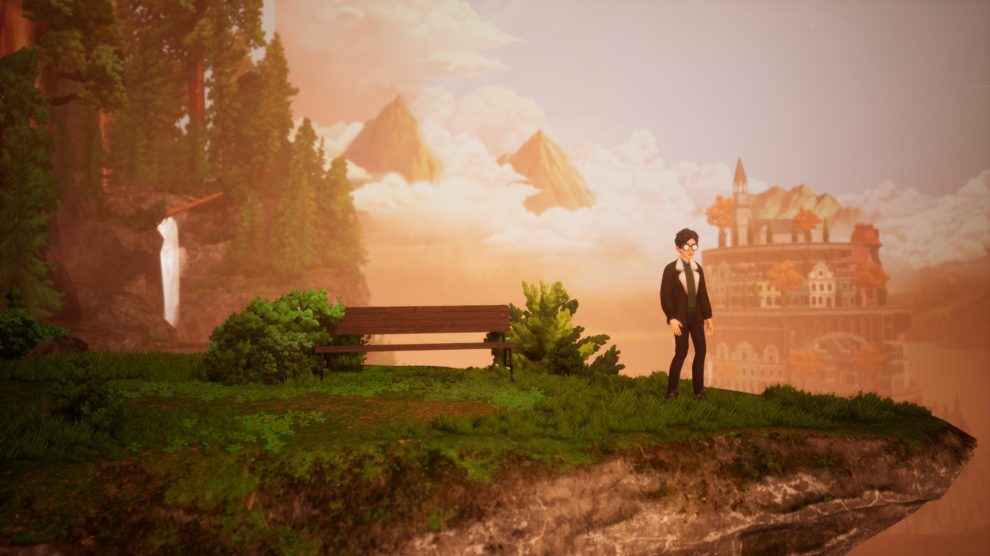 We cannot wait to play this.

It’s seven in the morning and I’ve dragged myself out of bed with just enough time to make a coffee before jumping onto Discord. Clad in a hoodie and my comfy (read: disgusting) sweatpants, I opt to leave my webcam off and click into a room set up to preview The Artful Escape. The second I enter, I can’t help but smile as I find myself staring into the crazily energetic face of one Johnny Galvatron.

I know the head of Beethoven & Dinosaur is in Melbourne, just like me, but our lounge rooms are like night and day. Johnny has all the lights on and is wearing sunglasses either because of that or to hide the fact that he’s likely been up for hours by this point, conducting similar preview sessions for journos in other timezones. He’s sitting in front of a gigantic mural of David Bowie and is surrounded by tens of green, leafy houseplants. I can tell this preview session is going to be outside the norm.

“I’m Johnny Galvatron, coming to you from Melbourne Rock City,” he begins, enthusiastic and bubbly. “The sun has not come up yet, but I’m in shrubbery so it’s kind of cool.”

For those unfamiliar, The Artful Escape of Francis Vendetti was first thrust into the spotlight way back at E3 2017 – though Aussies may remember seeing it back at PAX AUS 2016 — proudly proclaiming that it would be “coming when it’s damn ready.” True to that disclaimer, The Artful Escape now sports a new look (and shorter title) and will finally head to PC and Xbox on 9 September.

“I’ve been working on the game for 38 years and it’s finally coming out,” Galvatron joked.

“It’s about a teenage musician who goes on a crazy space journey to create his stage persona, kind of like if David Bowie went on a space journey and came back as Ziggy Stardust,” he continued.

“It deals with a lot of different themes; it deals with a character who’s living in the shadow of their famous uncle. [It deals with] the way you present your image — the film clips that you have, the way you dress — that’s something that always interests me about art and music.”

While Francis Vendetti may have been dropped from the game’s title, he remains its plucky protagonist. A folk singer like his Bob Dylan-esque uncle, he yearns for something bigger. Something more like Bill and Ted. 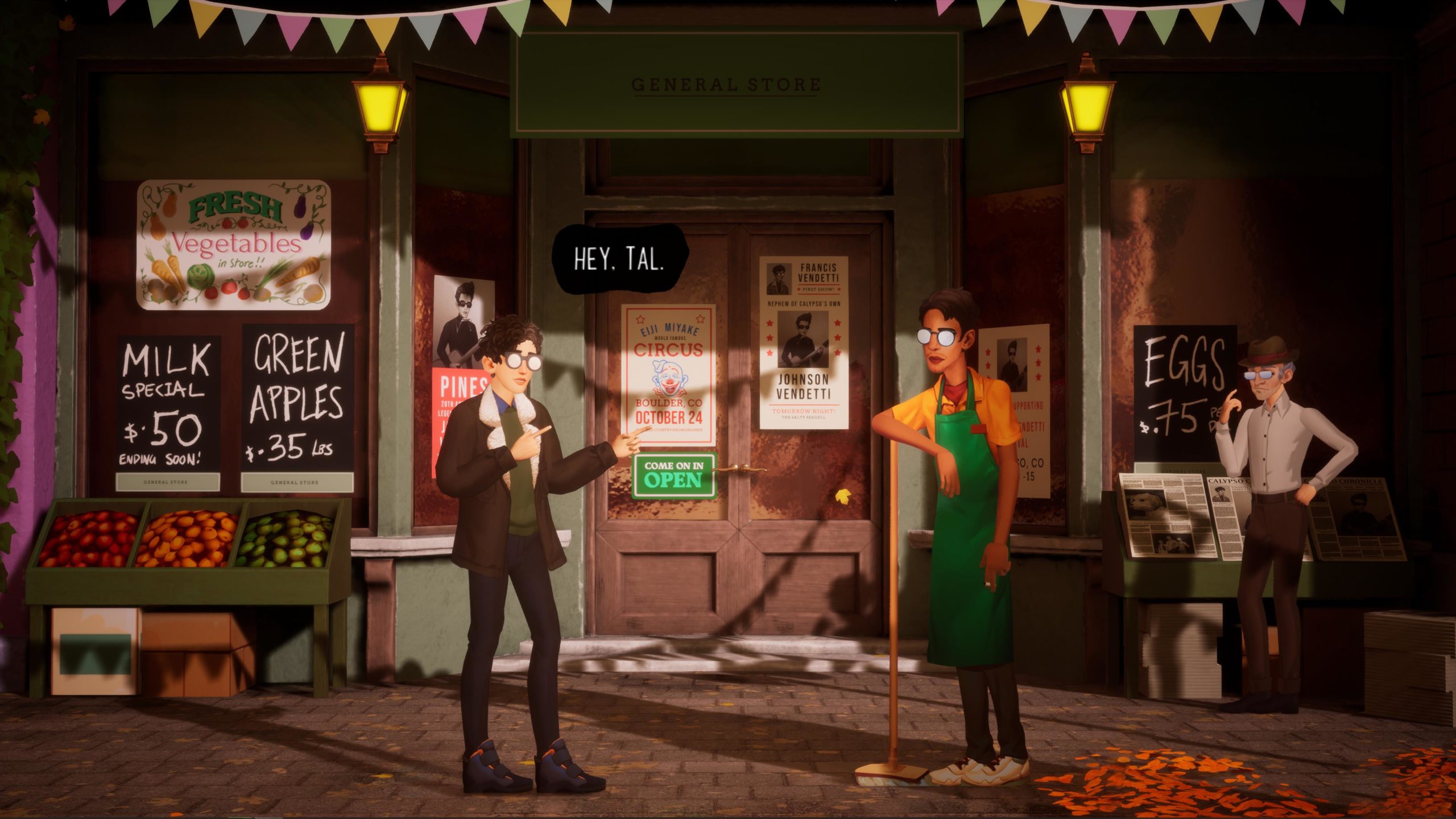 Vendetti begins his journey in the small town of Calypso, Colorado before meeting a charismatic young girl by the name of Violetta. Together, the pair work to bring Francis out of his artistic shell. From there, The Artful Escape goes full sci-fi rock opera, with ethereal licks, out of this world visuals and some pretty famous names voicing characters along the way.

“Because we’re published by Annapurna, they have tentacles out into Hollywood that I could never hope for, Galvatron explained. “They spoke to Carl Weathers; it’s so weird just having a Zoom with Carl Weathers and he’s Carl Weathers. You know, he’s from Predator.”

According to Galvatron, Weathers added “baby” to the end of every line dialogue. You can even hear one such improvisation at the end of the title’s new trailer.

“I left it in ’cause it was dope,” Galvatron asserted.

Giving you a further taste of what to expect, Weathers plays one of the main characters in the game, and “runs this place called the Cosmic Lung, which is a stolen Austrian Opera House in a breathing piece of coral that floats around space,” according to Galvatron.

Lightman has a “first mate” played by Scott Pilgrim vs the World’s Jason Schwartzman, who stars as a “floating brain in an aquarium, atop a flotilla of goldfish fins”.

“I spoke to Jason Schwartzman for like an hour before the [recording] session, just talking about David Bowie and Bob Dylan and what stage personas were,” he explained. 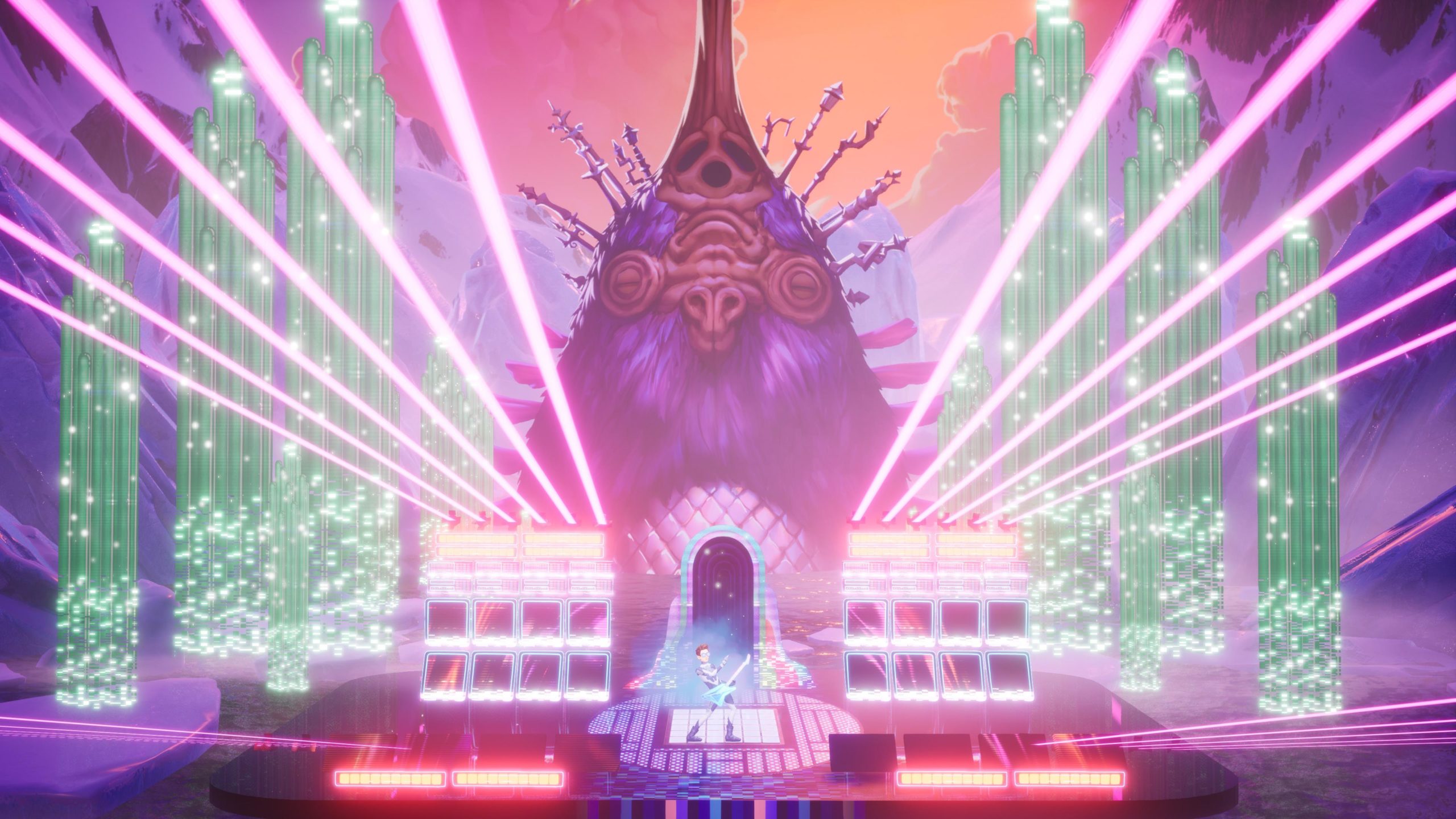 “When he came into the studio he brought all these props — we’re not filming here — but he had an umbrella and a cape and stuff,” Galvatron continued. “Some takes, he’d flick the cape back and then he’d take the umbrella and do another take it; it was legit amazing.”

Lena Headley of Game of Thrones also stars (doing a “regal, British accent” as requested by Galvatron after 15 others were offered) alongside Kingsman‘s Mark Strong (“the most professional actor of all time and I was a little bit scared of him because I couldn’t really separate him from the villains that he plays ’cause he’s that kind of guy,” says Galvatron).

While the voice actors aren’t Australian, there’s a lot of The Artful Escape that is. A customisation system offers the chance to look like Kurt Cobain, Elton John, David Bowie or “full drag… full cowboy… [or] full punk,” complete with hair options that include the likes of a Princess Leia-style ‘do affectionately named “cinnamon scrolls”. Galvatron also enlisted the help of Aussie musicians to create over five hours of original music, including a full folk EP with Luke Legs alongside what he calls “terrible jazz,” — purposefully terribly jazz, just for the record — to accompany Vendetti’s cosmic platforming, guitar playing and exploration. 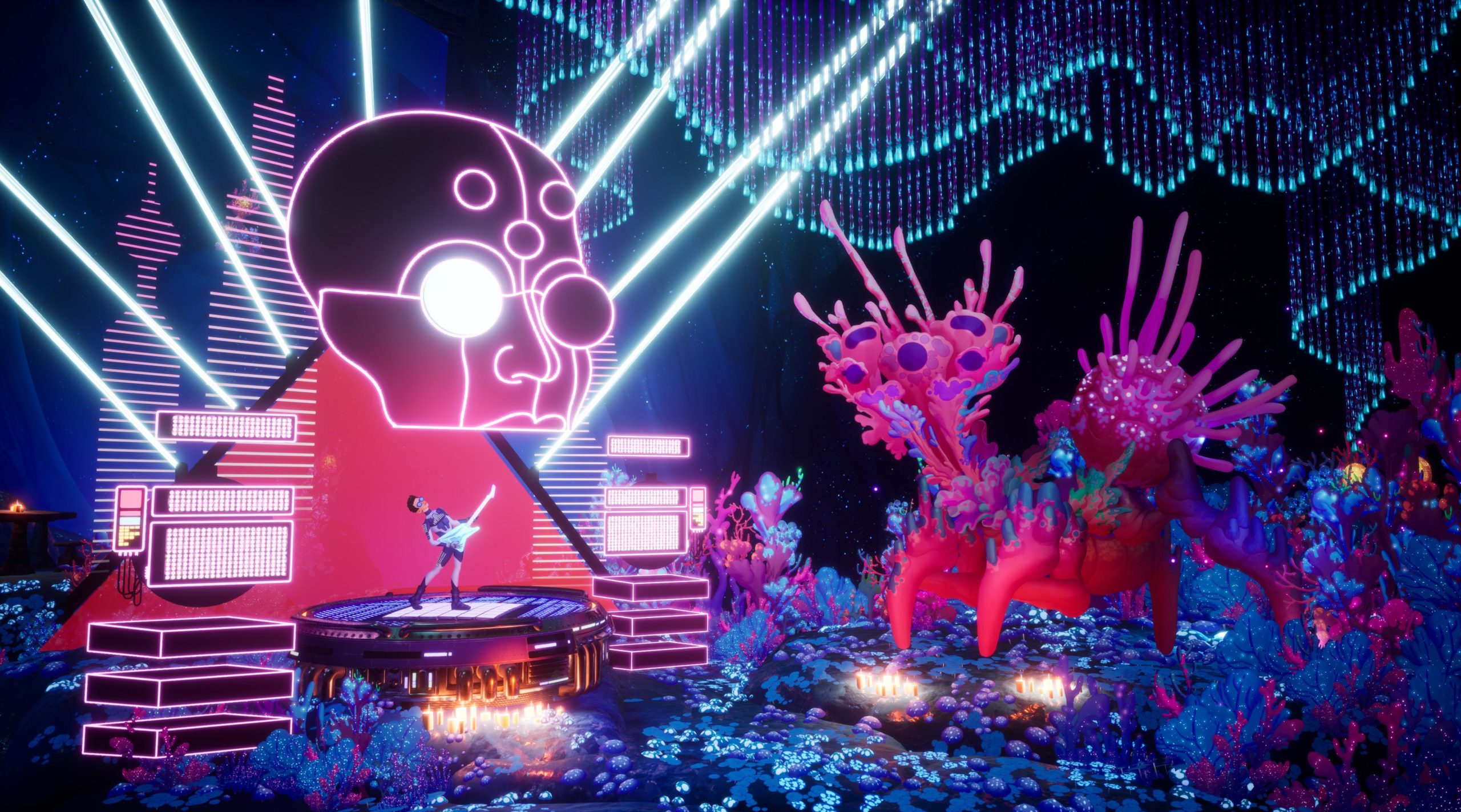 “I worked with Josh Abrahams for years and years,” Galvatron said of the work required for The Artful Escape‘s original music. “He made the demo that got me my record deal back in the day. We’ve been friends for so long. It’s good to pay him ’cause for years I just liked to record at his studio for free. But now, he works on the game, so I got to give him some money.”

Despite the very Aussie connections, Galvatron said he drew the line at setting — or starting — the game within the country.

“I come from a musical background where I – we — got one of the last big record deals in Australia and I toured Australia for five years, almost non-stop,” he explained. “I hated touring. I hate planes, I hate 12-seater buses. I hate staying in no-tell motels with ten different, smelly musicians and roadies. Not my scene, being away from my wife and stuff; I really hated it.” 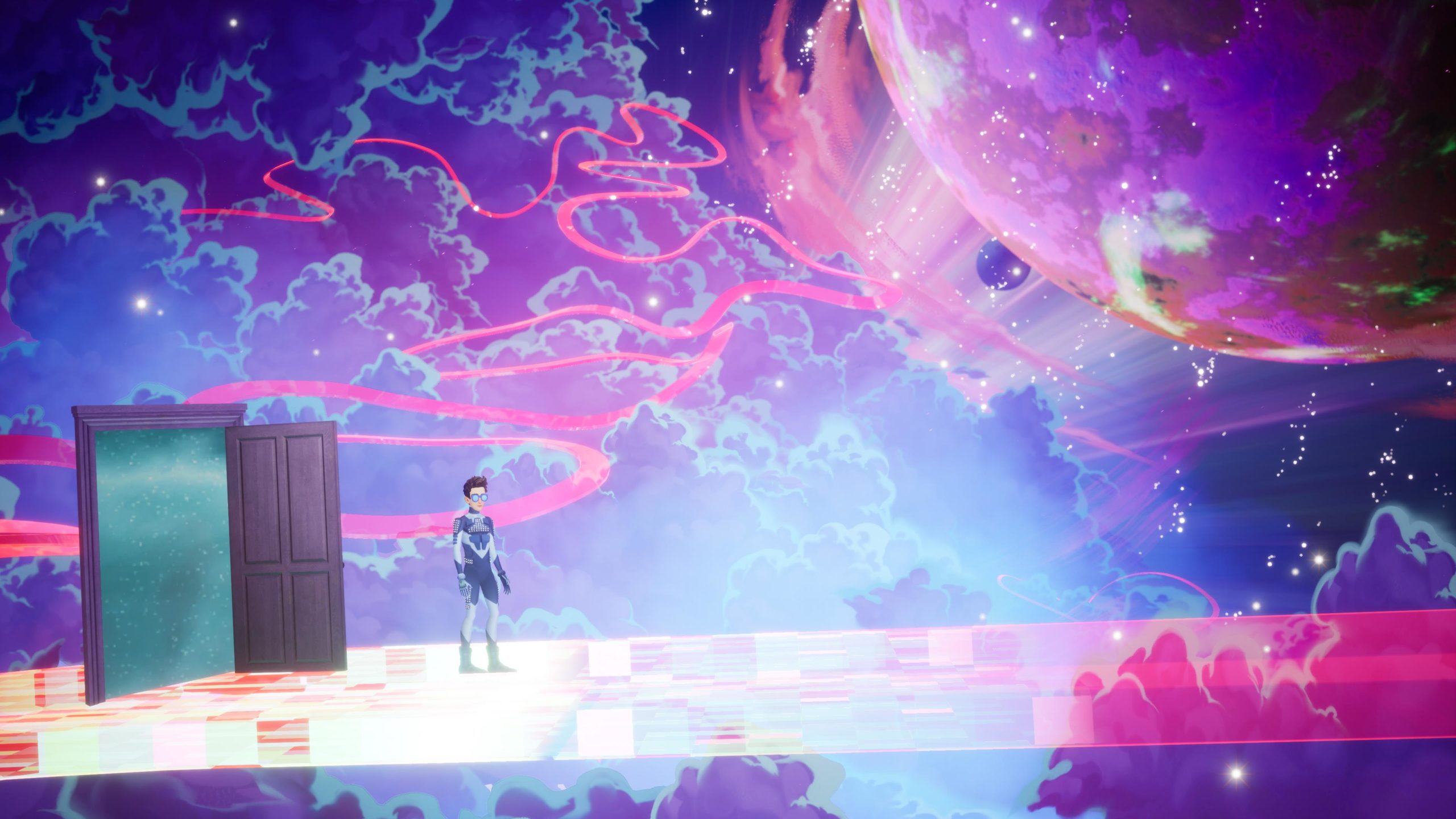 “The Artful Escape is a little bit of the fantasy of what I thought the music industry — being a rock star —  would be when I was a teenager,” he continued. “When I made the game, I’d never been to America. Americans don’t always understand what America is in the mind of pop culture-loving people from other countries; it’s just Disneyland. So there’s definitely a lot of escapism involved in the stuff I make and I didn’t want to make a rock story in Australia because it made me feel a bit sick in my stomach, of my own experiences. So I made it as far away and as fantasy as I could.”

From what we’ve seen, there’s no deny that Galvatron and Beethoven & Dinosaur have done just that. We absolutely cannot wait to play this one for ourselves. 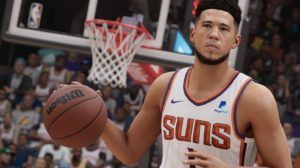 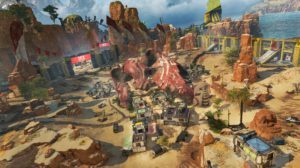 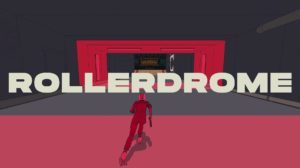 Rollerdrome Preview: Taking on the horde in rollerskates