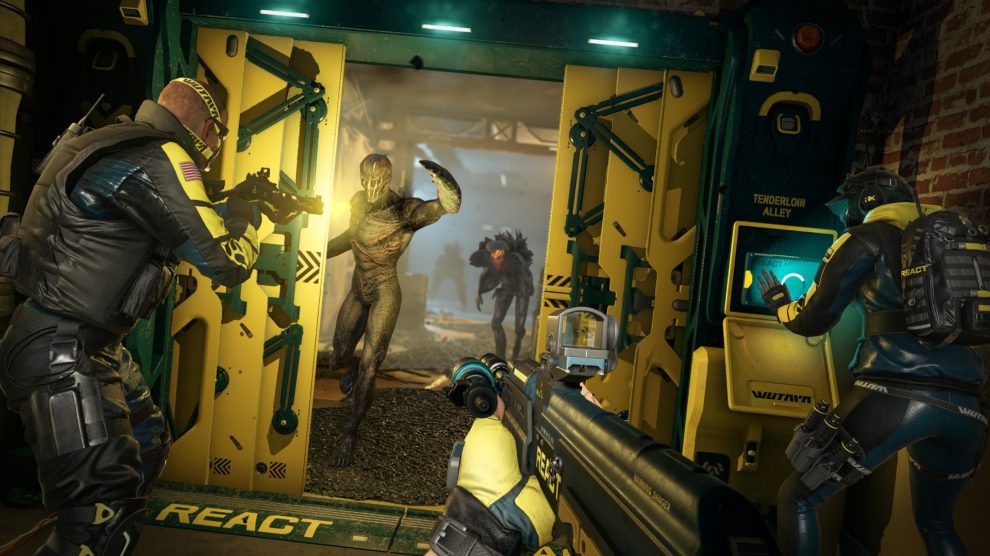 No more Quarantine (or Parasite, for that matter).

A brutal pandemic ravaging the United States may not sound like the best setup to a video game in 2021, but that’s the hook for Rainbow Six Extraction. Building on the Outbreak event from Rainbow Six Siege’s Operation Chimera, Extraction is a 1-3 player co-op return to the primarily PvE nature of the Six universe. This time though, you’ll be squaring off against some zombie alien things rather than questionable terrorists from a ‘flavour of the month’ country.

Missions in Extraction take place across three phases or zones. Each of these zones feels much like a standard Siege map, though populated with a markedly different set of enemies. As you progress through a mission you’re given the option to either extract and gain the experience and rewards you’ve accrued so far, or push forward through increasingly difficult areas. This difficulty is represented through the Threat Level, and as that increases you’ll see more and more of the big bad alien types.

The first comparison people will draw when seeing Extraction is that it’s a Left 4 Dead,  heroes versus the horde-style game, but in reality that couldn’t be further from the case. Even the objectives that task you with defending points from an onslaught of aliens aren’t remotely comparable to the selling points of those other titles.

For starters, the enemies in Rainbow Six Extraction are genuinely dangerous. Even on the first stage of a mission, the most basic of enemy is capable of downing you in one or two hits; things only get harder as stages progress. More elite enemy types spawn, with some able to buff their allies or simply one-shot you out of existence. Completing the mission tasks or objectives is more than just run and gun gameplay – instead, each requires a plan and a more tactical approach, honouring the Rainbow Six moniker.

The better comparison then — apart from classic Rainbow Six titles, that is — lies with games like Splinter Cell or even Metal Gear Solid. There are certainly elements of stealth to be had, but more than that it’s the tactical approach required to make sure a mission is successful. 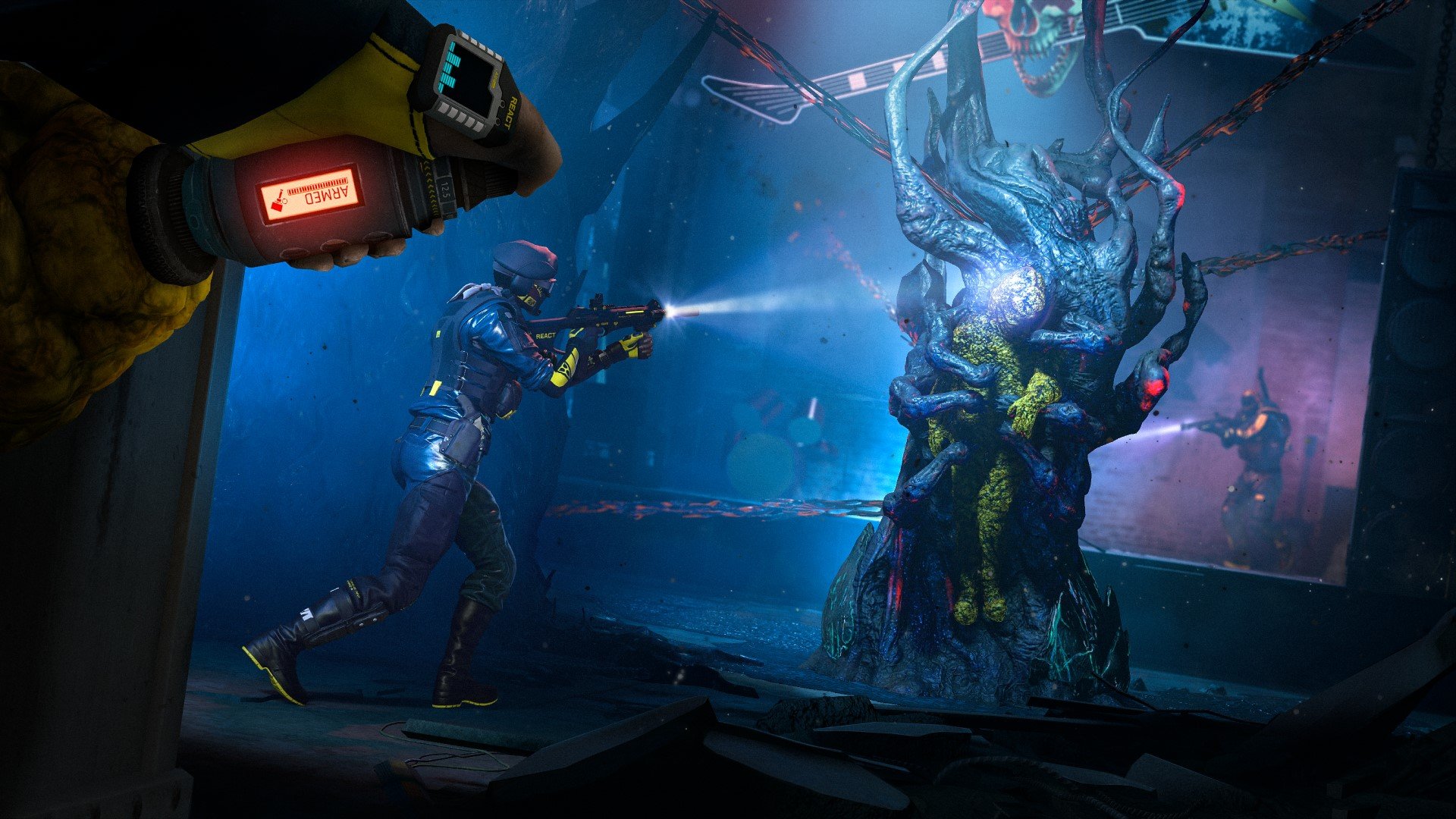 The price of failure is quite steep too, with any Operators lost on a mission going MIA and remaining unplayable until recovered through their own stage objective. On top of that, any health lost on a mission takes time to be recovered, potentially ruling an operator out for several missions while they recuperate. This makes every decision to extract or push forward through the threat level increase of each stage a tough one – do we soldier on for more experience and points at the risk of losing an operator, or do we take our spoils and run? While confronting, it’s this system that should ensure players use a diverse range of the available characters rather than sticking to one or two.

Serving as a continuation of the Siege universe, Extraction features several familiar faces decked out with their trademark gadgets for players to choose from. They range from player favourites like Ela or Doc to the thematically apt choices of Lion and Finka (both originally introduced in Operation Chimera). Each Operator has their own abilities, with their role helpfully summed up by a few words.

Ela for example has access to her GRZMOT mines, which can stun enemies caught in the blast; this makes her an ideal STUN/PUSH Operator. Vigil, on the other hand, has his signature ERC-8 disruptor which can make him totally invisible to the aliens; he’s CLOAK/RECON. These simple definitions give players an idea of what to expect from the Operator they’ve selected and can ensure they’re not overlapping too heavily on utility. 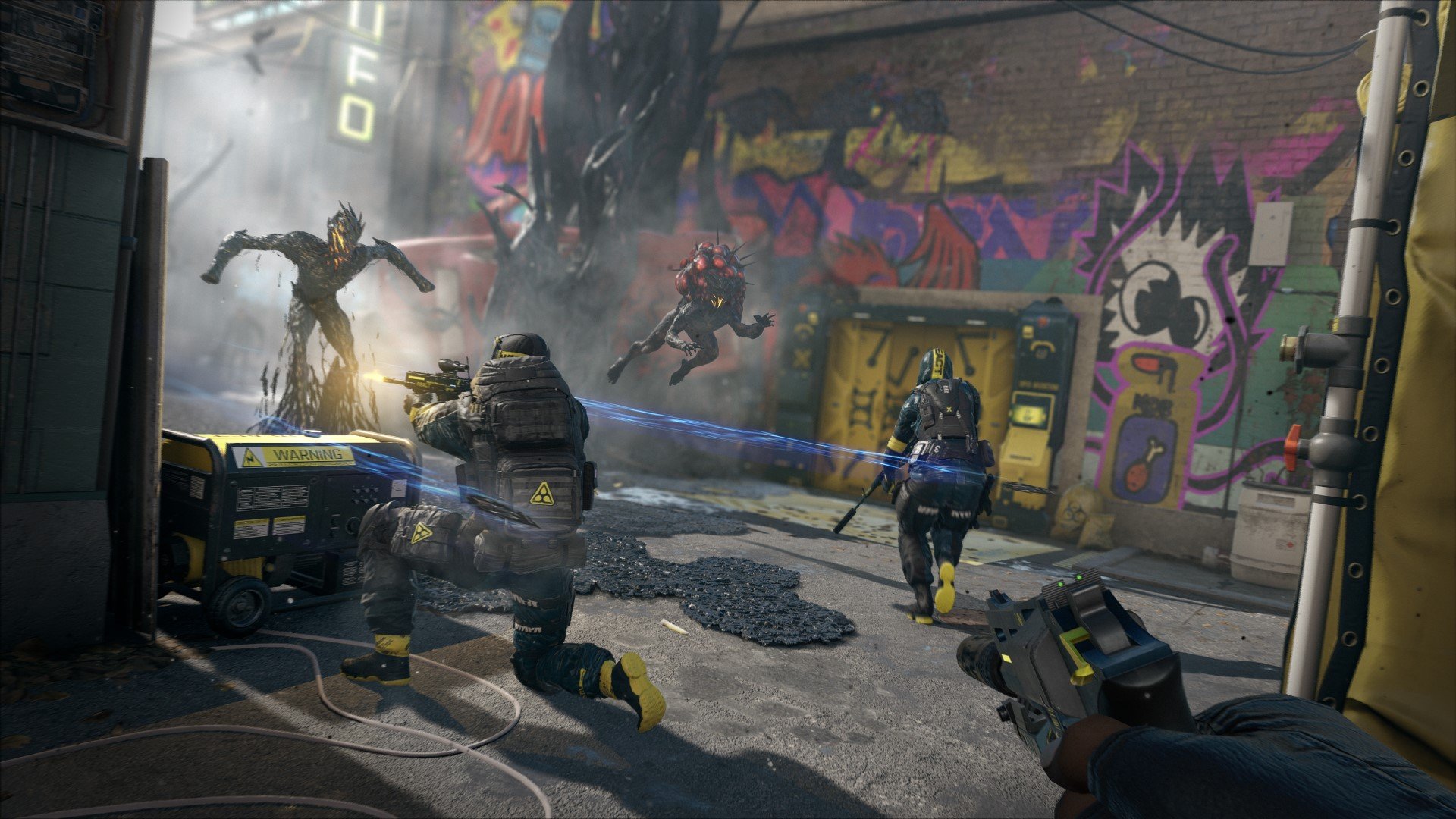 And therein lies a major strength of Rainbow Six Extraction, and why Siege players should be excited for this new entry in the series: the potential to onboard new players into the R6 ecosystem. The gunplay and movement in Extraction feel identical to Siege, and while some Operators have access to different loadouts, their utility remains largely the same. This crossover provides players a direct path between the two games and should serve to buoy both in the long run.

While Extraction may not be the real-time, tactical FPS adventure that mil-sim fanboys are thirsting for, there’s plenty of potential here for the rest of us to have a blast. If the objectives prove varied enough and the in-game health and operator systems are properly balanced, we’ll have a real gem on our hands. Just don’t compare it to Left 4 Dead, because it couldn’t be more different.