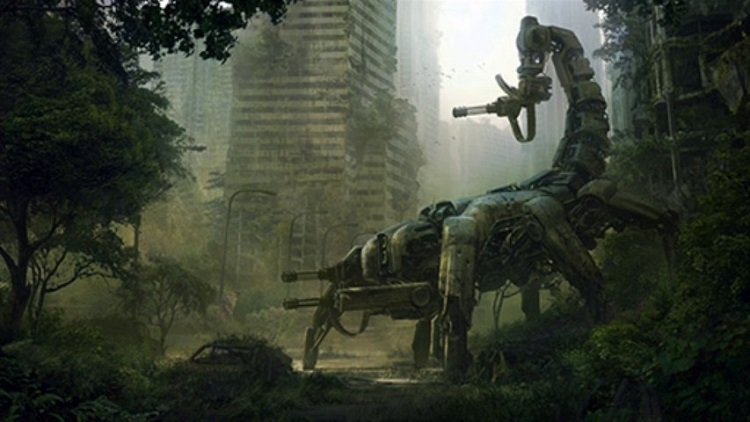 I never played the original Wasteland. It was released when I was only a year old, and even if I’d come across it a few years later it wouldn’t have been in the realms of my preferred games (that honour went to Commander Keen and Math Blasters). At any rate, it’s a game that strikes all the right chords for present-day me. It’s lucky then that Kickstarter has allowed inXile Entertainment to develop a belated sequel to the hit game due out this year. Wasteland 2 has been available in Early Access on Steam since December last year, and the game is reaching a polished state as its expected release date looms. I expect the current state of the game is a good indicator of the final build.

This game will feel very familiar to anyone who’s played the original Fallout games – after all, they are deemed to be ‘spiritual successors’ to the original Wasteland. The game takes place in a post-apocalyptic alternate timeline where nuclear war kicked off in 1998 and destroyed the world as we know it. What remains is a barren desert wasteland (I couldn’t resist), where resources are scarce and water is a precious commodity. You take on the role of a team of new recruits in the Desert Rangers, a self-described peacekeeping force of the wasteland.

At the outset of the game, you are presented with four slots to build your party, either from pre-made characters or fully customised builds of your own. Whilst there isn’t a huge range of visual options to work with, the level of customisation for your stats and skills is pretty dramatic. You’re given only a sparing handful of skill points to allot, forcing you to be very decisive with what to pick – and also forcing you to ensure your party is diverse, giving you the best chance to do a little of everything. How will you get by in the wasteland unless one of you is skilled in Toaster Repair? Seriously — this is legitimately a skill you can train in.

Combat is turn- and grid-based with a top-down perspective. Each character is allotted a set number of Action Points per turn to move and attack, based on their stats. The system is executed well, with helpful colour-coding to indicate your characters’ range for movement or movement-and-attack. It took me only one or two fights to get the general hang of the interface, which is helpful in a game so deeply invested in numbers and percentages for attacking.

Overall, the game seems well put together, though it is definitely an experience that requires forethought and planning in how you approach it. Graphically, it seems that things aren’t as optimised as they could be at this point – my computer is no beast, but a system that can run The Witcher 2 on almost-Ultra settings shouldn’t have as much trouble as it did running a game with such a comparatively low level of graphical fidelity. I had to knock the game down to lowest-quality graphics before it would run at a framerate that wasn’t eye-bleedingly choppy. Obviously PC graphics compatability is a minefield, but hopefully this will be ironed out before the final launch. The game definitely has a decent level of polish at its higher settings, it’d just be nice to play it and not feel like I’m watching a slideshow.

Neverteheless, Wasteland 2 is on my to-watch list for when it officially arrives. For anyone who loves number-crunching in their RPG-type games, give it a look – this wasteland might just be paradise for you.

Wasteland 2 is expected to arrive on PC, Mac and Linux in September 2014.