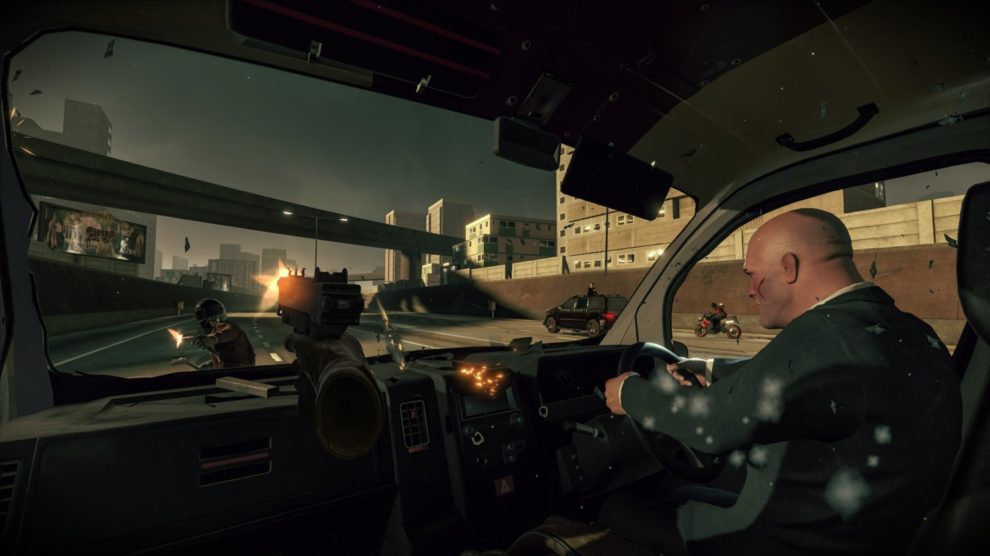 PAX AUS finally provided me the chance to try out virtual reality. Over the course of two short days, I threw on headsets from both Oculus and Sony — and let me tell you, the experiences couldn’t have been any more different.

I tried out the Oculus Rift via North Melbourne’s Zero Latency. Donning an Oculus and strapping an Alienware PC to my back, I marveled as an enormous warehouse suddenly transformed into a zombie infested city. Moving slowly through the computer-generated world, each minute meant increased confidence. Near the end of my session, I gathered enough courage to try walking “through” a car. My legs passed through the object with ease, of course – it wasn’t actually there – but my brain had a hard time making sense of everything it was processing. The thing that made it easier to swallow was that things I were seeing in Zero Latency’s world were a bit off; fuzzy, muddied half-textures. That’s not a complaint, mind you – I can’t even fathom the amount of processing power required to generate a virtual reality playground that large.

I got to try PlayStation VR inside Sony’s booth at PAX AUS. In a sleek room with minimalistic, sleek lines, two Project Morpheus PlayStation VR headsets ran a different demo each. I’ll admit I was a bit disappointed when I learned that I was queued up for the London Heist demo rather than the undersea shark dive, but I walked away extremely happy with what I’d experienced.

London Heist places you in the passenger seat of vehicle that’s speeding down the highway, presumably after said heist. As the driver beside me went about his business, I was encouraged to interact with anything and everything. I grabbed drink cups from holders, changed the radio station via the car’s central console and even opened up the door to lean out onto the road. After giving me ample time to get used to the world around me, half a dozen other cars drove alongside the vehicle I was travelling in and all hell broke loose. My driver gave me a submachine gun and my instructions were simple: mow down everyone else.

Let’s back up for a moment and explain how I looked right about now; in short, it was nothing like the attractive young man pictured above. I was seated in a rather comfortable seat, which suited the in-seat nature of London Heist perfectly. A PlayStation VR headset was first strapped to my noggin – and was far easier to set up than Microsoft’s HoloLens, I must add – followed by a pair of beefy Sony headphones. I rounded off my new ensemble with a Move controller in each hand. With cables strewn everywhere, I imagine I looked as if I was strapped into the Matrix.

Meanwhile, the only bit of chaos inside London Heist itself was in the nature of my mission. The PlayStation VR experience is absolutely gorgeous right from the get-go; you’ll see nothing but crisp, clean lines and defined textures – and for those who live or die by specs, everything was running at 1080p and (I assume) 90 frames per second. It was a completely different experience to Oculus – more contained, of course, but simply oozing next-gen tech. Still, I suspect there’s a bit of trade-off to get things looking that nice. While everything was far more clear than what I saw in Zero Latency, there was a lot less to have to render – a couple cars moving along a contained highway isn’t nearly the same as a sprawling warehouse with six or seven other real-life bodies to track. 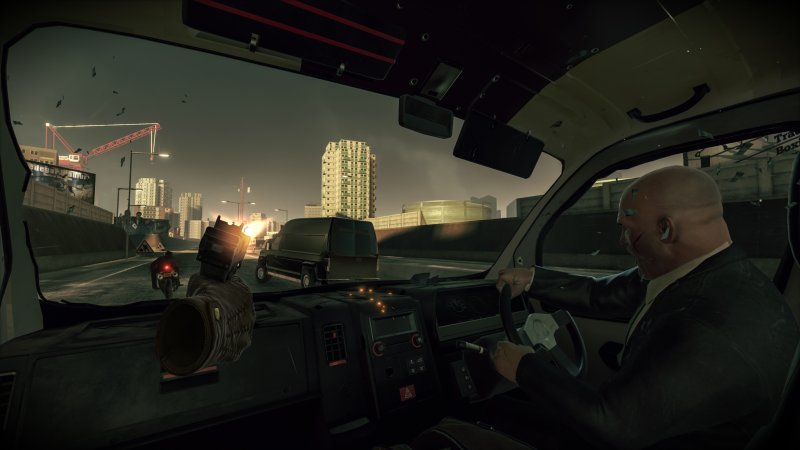 On the other hand, that sense of confinement – being inside a car or a shark cage – might just be Sony playing it safe. Waiting for a turn at the VR unit, a Sony representative told me that they almost had a guy go through the booth’s glass window the day before. He was so caught up in the shark demo that he almost took off at sprint toward a wall, the rep explained.

I wasn’t immune to problems myself; after being told I could move around the car, even standing up if I wanted to, I almost broke one demo unit entirely. After my vehicle’s windscreen was shot to bits and fell away, I decided it would be a great time to stand up in order to get a 360 view; essentially, giving myself an eyeline over my car’s roof. That wasn’t a bad idea, but the way I did it sure was – jumping up, I somehow managed to put my foot on top of at least one of the PlayStation VR’s myriad cables. Thankfully, I didn’t damage the unit itself, but I did rip a cord from out of the headphones, losing all audio connection to the world. With so many Wiimotes thrown through so many televisions in the past, I’m imagining that Sony’s legal department has its work cut out.

At the end of the day, I was ridiculously impressed with PlayStation VR. It’s definitely one of those things – like Zero Latency now and the Wii and the experience of Wii Bowling before it – that has to be experienced to really understand and appreciate.

That Wii analogy was intentional, though; I can’t help but feel like these contained PlayStation VR experiences risk becoming fads, played a couple times before they’re put aside. Sony’s made a great little device, but its next challenge is to make experiences that’ll keep gamers strapping on all the gear. Moreover, I can’t help but wonder how much this set up will cost; I recommend everyone give PlayStaion VR a go as soon as they’re able, but if that means paying for a $300 AUD personal unit, I might have to rethink that advice.