Utter the words ‘indie game’ and ‘puzzle platformer’ in the same sentence and you’re likely to get one of two responses: a fierce rolling of the eyes or a fervent excitement. I’m usually in the former camp, as is Stevivor’s Editor, Steve… who, upon me describing Never Alone to him rolled his eyes.

As I explained in more depth he grew more and more interested until he actually said, “Wow! That sounds really cool.” 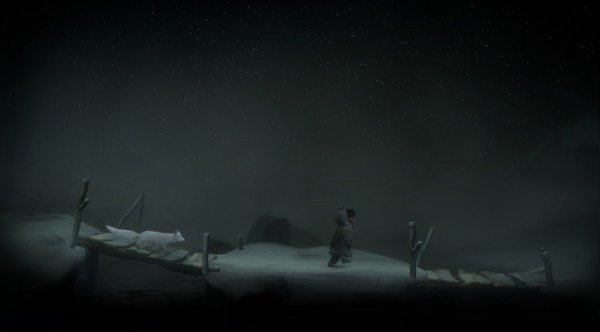 I had a very similar experience at PAX AUS this month when I got to spend some hands on time with Never Alone. I took the Xbox One controller in my hand hugely skeptical of yet another indie game that looked like all the rest. However, I soon discovered that Never Alone has the potential to be a turning point in the way we view games, games as art and the power of storytelling in our much loved interactive medium. There’s power in Never Alone, unlike anything I’ve seen before.

In Never Alone you play as both Nuna and her pet, an Arctic fox. Puzzles are solved by switching between the two which is as simple as pressing a button. They have different abilities like the fox’s speed, ability to scale walls and crawl through small spaces. Working together as a solo player or in co-op is key to traversing the levels. In all honesty, it’s nothing you’ve not seen before. Never Alone plays well, is responsive and is definitely a lot of fun, but honestly I was less interested in the gameplay and more intrigued by the premise, design ethos and lofty ambitions the team at Upper One Games had set for themselves with the title.

In concert with the Cook Inlet Tribal Council — a not for profit organisation that works with indigenous people in urban Alaska — Upper One has created Never Alone with the intention of preserving, sharing and celebrating the culture, wisdom and stories of the indigenous people of Alaska. When the Council realised that young people in the community were losing interest in their culture, language and way of life they proactively sought out Upper One Games and E-Line Media to create a video game with which to engage and entertain, while at the same time being educational. 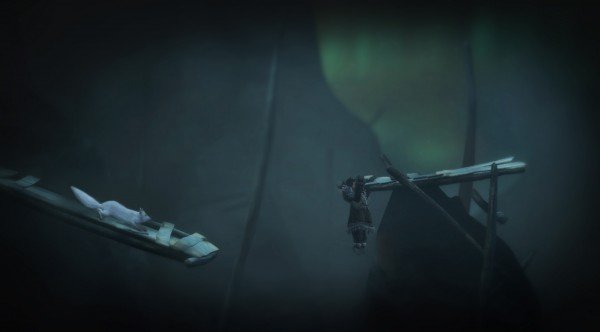 The story is based on a folk tale about a boy who must discover the source of an eternal blizzard by visiting its source and restoring balance to the weather. He is accompanied by his fox because in the indigenous Alaskan way of life interdependence is hugely important. Living in such harsh conditions means that for the people of Alaska, relying on each other and supporting each other — and the environment — is the only means of survival. It’s a completely different way of life than I’ve ever experienced and I found it fascinating.

A huge amount of time has been spent interviewing people in Anchorage, Alaska in order to make the game as authentic as possible. Many of these interviews are scattered through the game as mini-documentary style videos which provide further insight into the culture of Alaska’s indigenous people. IO could have happily spent my entire hands-on time watching these rather than playing. Not to take anything away from the game, I was simply enamoured by Never Alone’s entire concept.

Never Alone is the kind of video game that we can and should be proud to present to the world as the kinds of good things gaming can achieve. It’s a brilliant idea that has been executed gorgeously. The team has stated that following Never Alone they’d love to expand the concept to a range of indigenous peoples the world over, perhaps we could even see a game based on Australia’s own Aboriginal culture. Never Alone is a game that should, nay, needs to be experienced. When video games are being used to convey messages as important as the preservation of a culture the future is looking bright indeed.