LEGO games are generally fun and light, but largely forgettable licensed affairs. One or two get released each year, sell reasonably well, receive decent reviews and then disappear from the collective gaming consciousness without ever really leaving a lasting impression. No doubt you’ve played one. Be it Star Wars, Pirates of the Caribbean, Harry Potter, Indiana Jones, Lord of the Rings, Batman or the upcoming LEGO Marvel Super Heroes, they tend to follow a predictable path and include almost identical gameplay. While this may sound harsh, I don’t mean it to be. The LEGO games are good fun, but the formula has grown stale.

The addition of voice acting and an open world to LEGO Batman 2 brought some much needed life to the proceedings, but the repetitious and familiar gameplay diminished the gains. Last week though, I was fortunate enough to play what appears to be the next evolution of the LEGO video game. A game that I enjoyed more in the 30 minutes I played than any of the previous LEGO games that came before. The game is LEGO City: Undercover and it’s not just a chance for LEGO games to show what they can really do, it’s a chance for Wii U owners to finally start receiving what they were promised all those months ago. 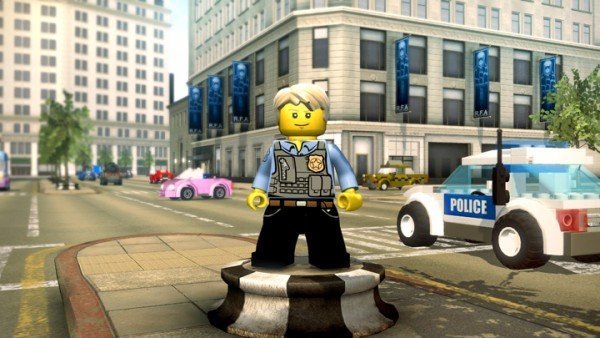 From the moment LEGO City: Undercover booted up, I sensed that the guys at TT Fusion were breathing a sigh of relief as they werent serving some third-party license on this game. They’ve let their hair down and gone all out with the humour, pop culture references, visual style and overall game direction. While previous LEGO games have been fun and had an air of levity about them, none can match LEGO City. The game is riotous from the word go and the film and television references fly thick and fast. LEGO City is about as subtle as a brick to the face — the gags are all quick cuts with over the top music and camera sweeps — but it just works and really adds to the overall charm of the thing. The characters themselves are truly adorable too with main character Chase McCain playing the classic all-around good guy and his sidekick Honey being the comedic foil. 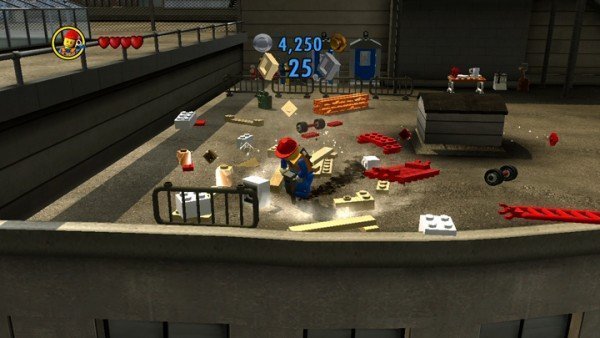 The game plays much like any open world, crime-sandbox, albeit with a LEGO twist. Crashing cars doesn’t result in a twisted, flaming wreck, but instead reduces vehicles to piles of LEGO bricks. The various vehicles you can commandeer as Chase don’t feel vastly different from one another control wise other than their acceleration and top speed. The police cruiser is nice and speedy – and comes equipped with some tasty NOS — but jump into another car (with a quick tap of the X button) and you may find yourself driving around at a snail’s pace.

Cars kind of float around the road and bounce around just like toys (especially when going over jumps) as they should being made of LEGO. The driving won’t satisfy those looking for a realistic driving experience, but if you’re playing LEGO City for that, you’re playing for all the wrong reasons.

Outside of vehicles and in the city, the game plays a lot like other sand-box games. There are streets to explore, NPCs to interact with and missions to discover. A lot of the overworld is locked until you discover the appropriate disguise for Chase. With 290 disguises to discover, you can bet that it will take quite some time to fully explore all there is on offer. In my play time I had access to Chase’s default and police officer disguises. The police officer disguise grants Chase access to places he otherwise couldn’t visit and allows him to whistle down and commandeer any vehicles on the street.

I came across some locked areas that I was told were accessible with the burglar disguise and and other areas that would require the dock worker disguise. The disguise system works cleverly to dangle the carrot in front of the player, with more game and new experiences just tantalisingly out of reach.

Inside buildings, LEGO City plays very much like other LEGO games. From a fixed perspective you guide Chase through various levels, breaking and rebuilding LEGO items and interacting with other characters. From my short play time, it seemed like the interiors of buildings would be used for acquiring missions and upgrading Chase with the majority of gameplay occurring across the city outside.

Early on in the game, Chase is given a new fangled police communicator (i.e GamePad) that allows him to communicate with fellow police officers and receive new missions. It also experiments with some interesting GamePad functionality. At certain points during a mission, Chase will need to use the scanner function to identify who is a criminal (apparently the device just knows). To do this the game requires you — much like in ZombiU — to hold the GamePad upright and scan for the red character. Other than that, the GamePad displays the world map and can be used to add checkpoints. In my play time, I didn’t see whether there was any additional GamePad functionality, but I’m sure there is much still being kept secret for now.

I was told it’s been estimated that travelling from one side of LEGO City’s map to the other will take around 10 minutes of real time which is pretty staggering. Judging by the purported size of the city, the 290 disguises and sheer amount of content included in the game LEGO City is shaping up to be a real time sink for Wii U owners. Not only that, but it looks like a giant leap forward for LEGO games in general. LEGO City: Undercover is shaping up to be the first real must-have title for the Wii U and I for one could not be more excited.