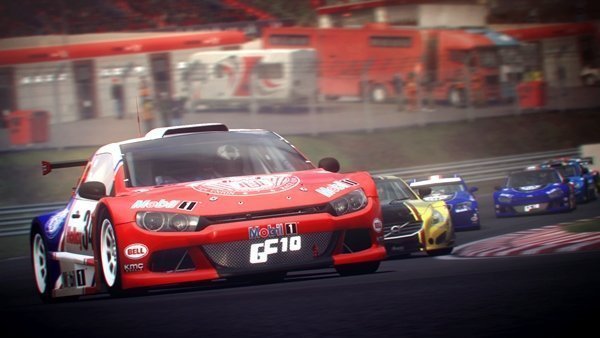 In my opinion, Race Driver: GRID was an awesome game. The idea of taking the physics from Colin McRae: DiRT and combining them with street and track racing worked well. It wasn’t branding itself as a serious simulator (because let’s be honest, it obviously wasn’t) but it also wasn’t an over-the-top cheesy arcade racer either; it was sort of in the middle – respectable and fun.

Last week I had the chance to check out a preview of GRID 2 and I’m glad to say — unlike the DiRT franchise — it looks like GRID 2 is heading in the right direction.

While I’m no expert, I like to consider myself as somewhat decent when it comes to racing games. For this reason, I decided to first try playing GRID 2 using a steering wheel (the Fanatec Porsche 911 Turbo racing wheel and set-up to be exact).

That was a mistake.

Driving a Ford Mustang, the first race could have been lifted straight from The Fast and The Furious: Tokyo Drift – I ended up driving into most of the corners and managed to lose control quite a few times too. On my second try, I was just hoping I could finish in a place better than last. Nope.

I had tried to redo the race about ten times, and the best I could do was fifth. I gave up and just continued on to the next event. 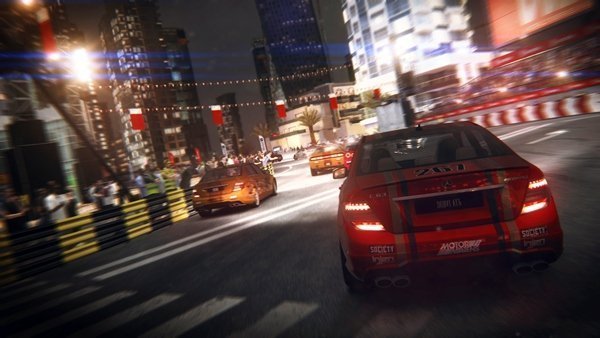 Now, I remember the physics in the first GRID game being light, but this was something else This was beyond difficult — essentially impossible!

The next event took place at the Indianapolis Infield Circuit, but it was a practice session more than a race. The first lap was poor, I had spun out again and I just wasn’t able to control the car through the corners properly. I was also struggling to drift the Mustang around corners too. I decided to stick at it, and with each lap I completed, I was a little more confident with the car – I was getting used to throttle control, I was getting better at corrective steering, and I was getting used to the brakes as well.

After approximately 30 minutes and 13 laps around the circuit, I felt confident enough to continue on to the next event: an actual race. The lights turned green and I was off. Then I approached a series of bends, and then I was really off. I hit rewind and tried to take the corner again – I got a little further but ended up crashing into the trees on the side of the track. Looks like I was wrong… again.

Defeated, disappointed and embarrassed, I realised that I just wasn’t going to be competitive with the steering wheel – the game just wasn’t enjoyable when it was this difficult to even get across the finish line. I decided to switch to a controller – and let me tell you, this made the world of difference.

Attempting the exact same race, I had managed to go from barely finishing to winning on my first run. The car now felt so much more planted and driving was infinitely more enjoyable. This was the GRID I remember, this was the GRID I was expecting! 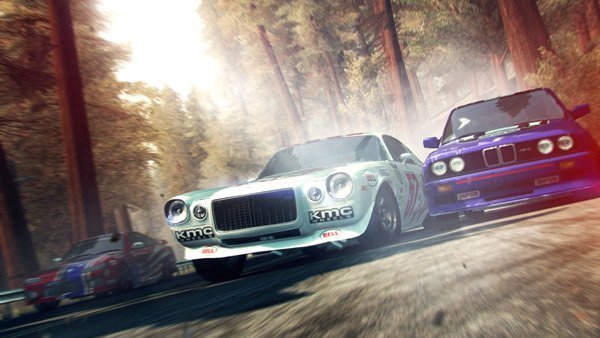 The next race saw me jumping out of the Mustang (finally) and into a GT car on the Red Bull Ring GP circuit. It was only a Volkswagen Scirocco, but goodness me it was fun to drive. Braking late, throwing it onto corners and overtaking my fellow opponents, it was genuinely a fun race to do. In typical Codemasters fashion, the circuit was also full of colour and beautiful to look at.

The next race-type was something new to the GRID franchise, titled “Live Route.” Essentially, the premise behind these races are that the tracks are always-changing. Taking place on the seaside of Dubai, it was a street-race where each corner was different. The HUD didn’t have a map and you had to simply rely on reading the signs ahead on where you’d be going next. The race was tough, but not so much because I wasn’t sure where to go, but because the opponents were just keeping their line well. I’d run into the back of a few cars and I’d spun out almost every time. It was a little frustrating but after a couple of attempts I’d managed to best it.

After finishing those circuit/sprint races, I decided to try my hand at a drift event down Okutama Mizu Mountain. The first thing I noticed was that it was fairly easy to initiate a drift in the game – the second, it was pretty difficult to actually win the event. I ‘d been briefed that the scoring was still being worked on, but even after using the workaround, I was still no-where near close enough to even take out a podium finish. Scoring was based on your drift angle, speed and how close you are to the clipping points on each corner, and while I was able to rack up high points on some turns, it wasn’t enough to bring the win home. 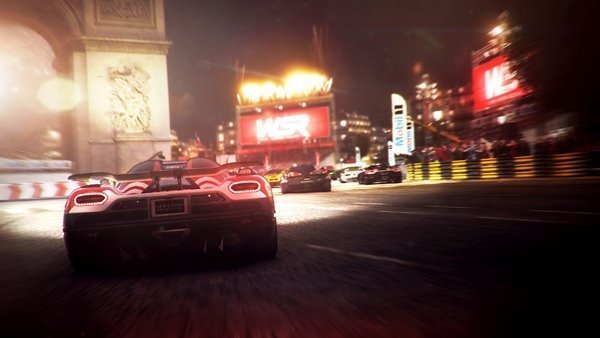 The final event was an eliminator race set in the streets of Paris. The car of choice, a Bugatti Veyron 16.4. Now, I know saying this might be as blasphemous as me saying Mila Kunis is unattractive, but truth be told, I’ve never really been a fan of the Bugatti Veyron in past racing games. It’s always struck me as this overhyped speed-demon that is too heavy to properly enjoy driving in anything other than a straight line, but in GRID 2, this was much different. The Veyron was still very quick, but the physics meant that the cars never feel too difficult to drive. I also liked how damage really started to come into effect towards the end of the race, where I was battling to not to just stay in-front, but to also keep the car straight as well.

Now, while I’ve discussed the preview itself, I’d like to focus a little on the physics themselves. I should note that for the entirety of the preview above, I was racing with the bonnet-view, which in my opinion, is the best view to experience this game in. The bumper camera was just too low to the ground and when I tried to race with the chase camera, the cars were just too light, and a little unstable (although not nearly as bad as it was when I was racing with the wheel). With the bonnet view, the cars feel relatively planted and it was very much pick-up and play. To put it into perspective, the cars feel lighter than Need For Speed: Most Wanted (2012), but not nearly as drift-happy. Overall, I really enjoyed them. I should also note that there is no cockpit view, but in all seriousness, who cares.

I finished off the preview with a few rounds of multiplayer and that too was a blast. I noticed that the steering wheel was at least usable on circuit tracks, but I couldn’t come close to the times I had using the controller. With a month to go until it’s launch, GRID 2 is shaping up to be a game that looks as good as it plays – and it looks beautiful. The similarities between this game and the original are there, and it’s good to see Codemasters haven’t really messed with the formula. It’s certainly a game I’m looking forward to, and one that should be a lot of fun too!