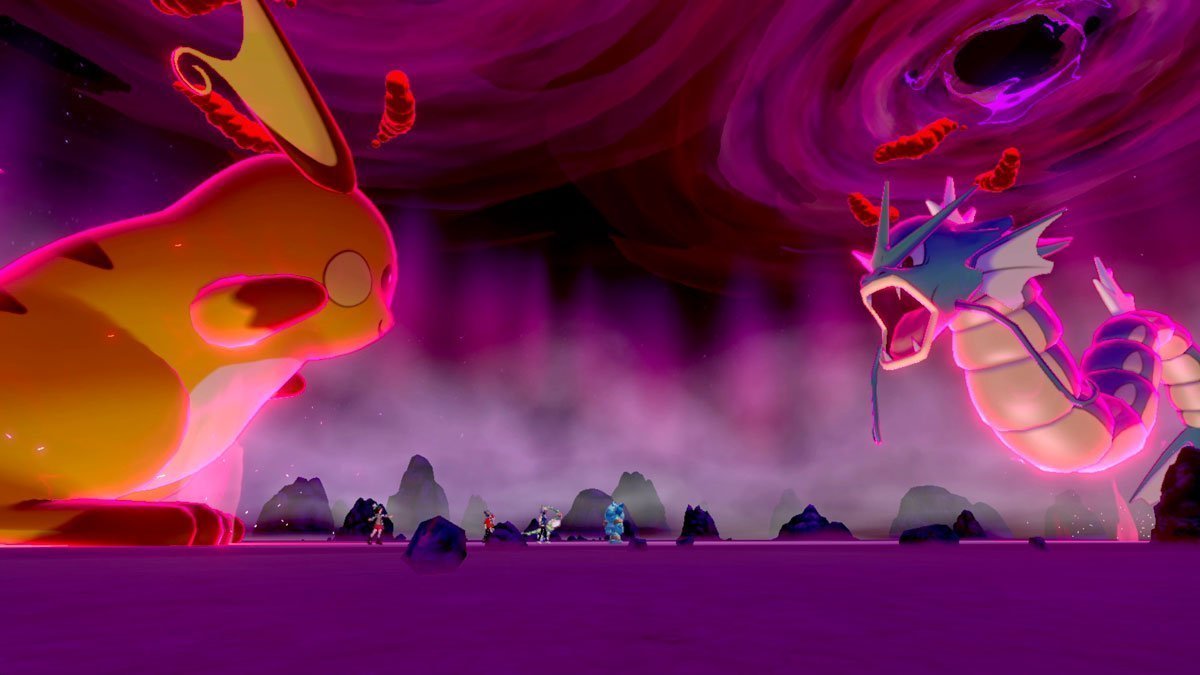 The Pokémon RPG series finally makes its proper console debut with Sword and Shield, discounting the Let’s Go spin-offs, allowing it to evolve into a fully 3D, more intimate experience. I only played a small puzzle-based gym at E3 2019, but the change in vantage point immediately brought me closer to the action. The camera began shifting on 3DS, Sun and Moon was part of the way there, and drew closer again with Let’s Go Eevee and Pikachu on Switch, but it’s Sword and Shield that really brings you into the action.

Finally in HD, and with the projection of a TV, everything feels bigger in Pokémon Sword and Shield; I’m actually looking forward to seeing how it translates to portable mode, since there was no “switching” at E3. Sure, Pokémon Let’s Go could be played on the big screen, but its insistence on faffing about with motion controls and lack of Pro Controller support meant that it was essentially a handheld exclusive. Sword and Shield are destined to be played on the big screen; I’m sure the big Pokémon evolution, Dynamax, entering the fray now is no coincidence. Grab your Sword or Shield, then go big or go home.

The E3 demo focused on solving basic puzzles to progress through the Water Gym, by turning on and off different coloured water valves to open and close paths that led to new trainers standing around ready to pounce. In classic Pokémon fashion, most of them were ill-prepared with just a singular pocket monster ready to fight, while I was packing a pre-assembled team of six fated to obliterate them and take their money; you know the drill.

After conquering the entree of lackeys, I was granted passage to the main course; a battle against Gym Leader Nessie. This is where things are different in Pokémon Sword and Shield. Despite a full team of six, compared to Nessie’s two, I barely limped to victory.

Foolishly I battled as per normal for the duration of the encounter, not realising until its completion that I too had the ability to enact Dynamax. Nevertheless, my own incompetence didn’t just level the playing field, it gave Nessie a massive advantage. After quickly dispatching with her pathetic Goldeen — I came prepared for a water type to open proceedings — Nessie went all-in and Dynamaxed her Drednaw.

That was almost the end of me.

Drednaw got the best of five of my tiny, by comparison, Pokémon and it boiled down to a final roll of the dice for victory. Had I Dynamxed my grass type, Grookey, Drednaw wouldn’t have stood a chance; however, in his base form, the tables were turned and Grookey, while able to deal some damage, was never really in the fight. Knowing when and how to Dynamax a Pokémon introduces a new tactical element imperative to success.

Dynamaxed Pokémon don’t only look imposing, commanding most of the stadium, they are extremely powerful with moves stronger than anything we’ve seen in Pokémon games before. Visually, in size and scale, it reminds me of the Nintendo 64’s Pokémon Stadium, the last console Pokémon game that consumed a great deal of my life. As a kid, with the lopsided Nintendo 64 Transfer Pak weighing down the controller, I spent hours switching between the epic battles of Pokémon Stadium and the immersion of a pixelated, upscaled Pokémon Yellow on my CRT TV. Never did I dream the two could come together in such perfect unity.

Longstanding fans will be reassuring pleased to confirm that, despite the overhaul of camera and scale, the core gameplay returns to the classic formula for the first time on Switch, with the addition of Pokémon visually wandering the world. Using items, tending to your Pokémon and, of course, battling trainers are exactly as you remember them, only more spectacular with the retirement of sub-SD handhelds.

It was merely a taste at E3, but I’m super excited to play Pokémon on a console; it’s a childhood dream come true. However, I really want to know how that translates to the traditional handheld experience. I’m sure it will look great, and some of the murky environment textures that have been criticised are probably designed for the small screen. After all, handheld gaming is Game Freak’s modus operandi. I tend to play Switch games either exclusively on TV or handheld, depending on where they best perform. But with Pokémon, I see myself switching it up regularly. Now it all comes down to the crucial decision: Pokémon Sword or Pokémon Shield?

Pokémon Sword and Shield heads to Nintendo Switch on 15 November.