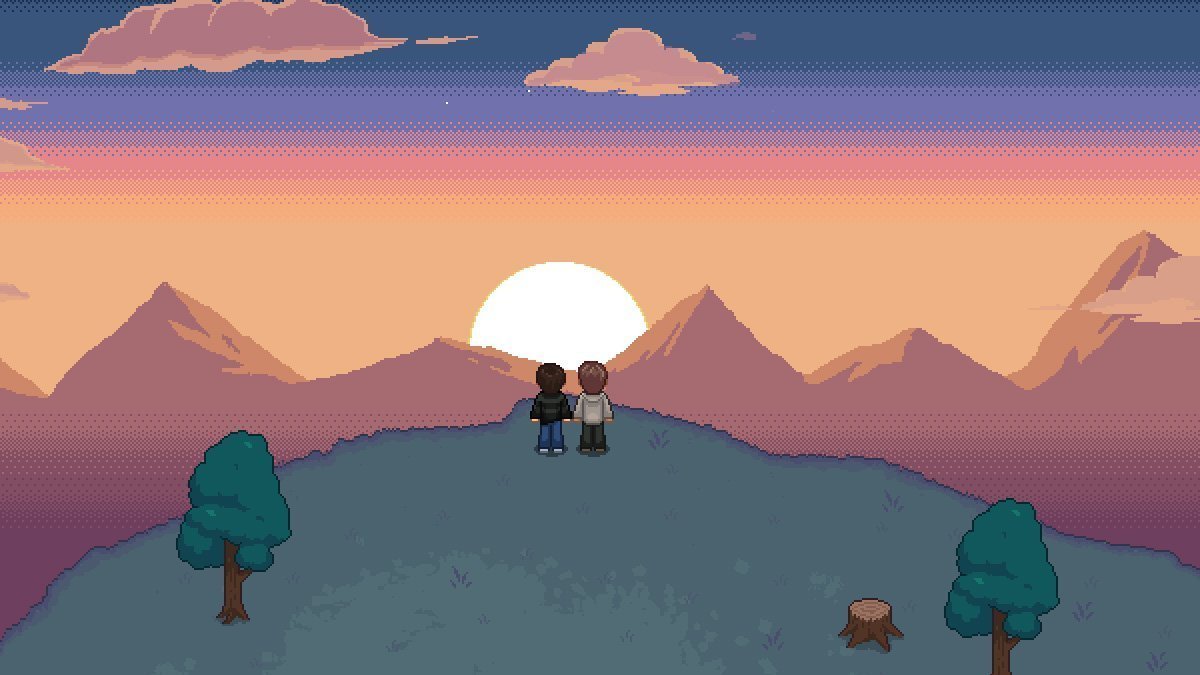 Newfound Courage, an adventure story with a gay hero, is available now inside Steam Early Access. I’ve played through its opening 45 minutes to get a sense of what to expect from the total package.

Players fill the shoes of Alex, a boy who has run away from his family after it was revealed he had feelings for another boy. Alex now resides in the small, sleepy town of Silverpine, under the guidance of a mothering woman called Nora. To pass the time, Alex works in a mysterious building known as The Vault, working closely with another boy named Jake. The 45 minutes of gameplay that Steam Early Access offers allows a player to explore the relationship between Jake and Alex in addition to uncovering secrets of The Vault and Silverpine itself.

The pixelated town of Silverpine is awash with personality, especially when its residents all join together to let loose at the local pub. Each of the town’s occupants — and there are surprisingly many of them — feel fully fleshed out; most seem to have secrets that Alex will be able to delve into. Equally, Silverpine itself is engulfed in mystery (and magic), the likes of which the Early Access offering merely scratches at the surface of. It’s clear Campion has developed extensive lore for Silverpine and its residents, and I’m keen to wade through it.

Better yet, Alex himself is a layered character with a complex past. He’s an adventurer first and gay second, and that’s perfect — his potential romance is treated like a heterosexual one is in most games, in that there’s no huge attention brought to it. Whatever happens (or doesn’t) with Jake is merely a single part of the overall experience.

“Right now, if you’re underage, or just an adult who wants to play a non-sexual game with a gay story, there are not a lot of options out there,” Campion told us a few months back. He’ll be pleased to know that Newfound Courage certainly cements itself as the new option he was hoping his game to be.

Kurt Prieto’s pixel art is simple, yet beautiful, and a soundtrack by Jessica Kelly is as haunting and mysterious as the story that unfolds. The narrative-driven, 45 minute Early Access offering also contains a couple relatively simple puzzles to engage in. You’d be doing yourself a disservice not to try it.

Newfound Courage is planned for an early 2019 release on Windows PC and Mac. Its Steam Early Access component is available now for $9.99 USD.