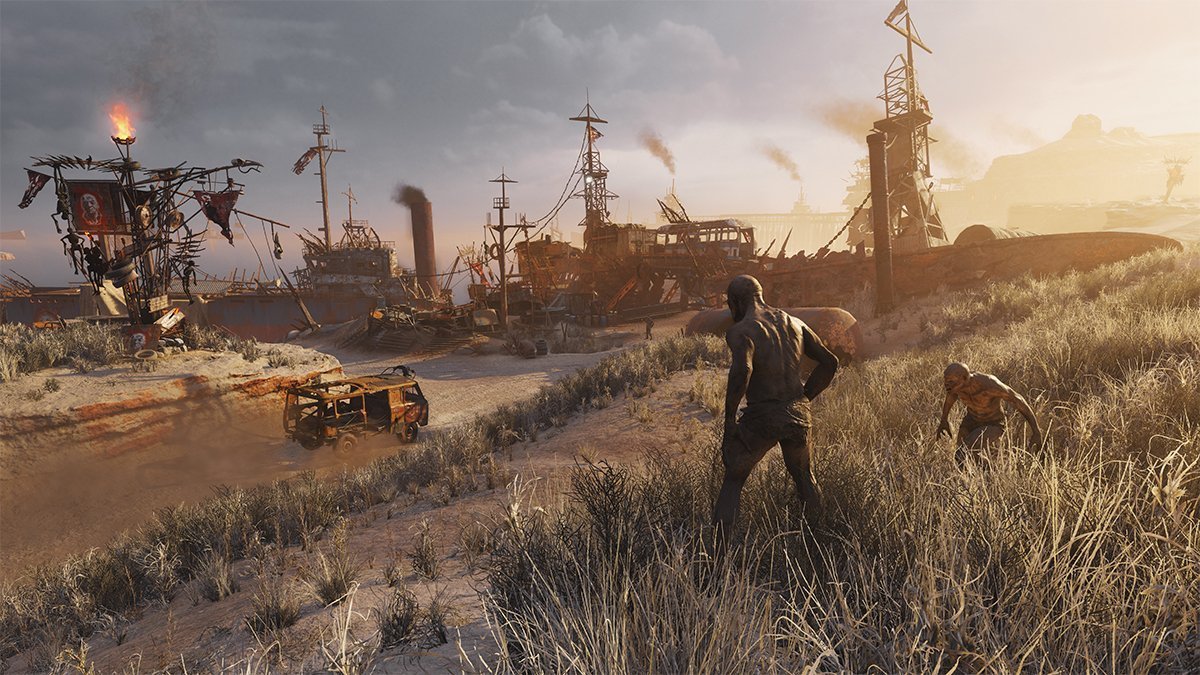 Based on the Metro novels, Metro Exodus is the third title in the video games series which follows on from 2013’s Metro: Last Light. You once again take on the role of Artyom who is trying to survive this post-apocalyptic world after a nuclear war. Having been inspired by story driven first person shooters like Half-Life, those types games aren’t really something that we see on a regular basis anymore. But that wasn’t going to stop 4A Games from continuing their story as they evolve the series into a more open world design.

Metro Exodus will be moving away from traditional linear levels — such as its signature underground train network — and into contained regions that will allow you to explore a little more openly. There will still be main objectives that you’ll need to complete to progress the story, and these appear to be areas which are enclosed to funnel you towards your goal, but the rest of the map is free to traverse.

During our playthrough I had the opportunity to see three different locations you’ll visit across the game. The Volga, a snowy river which is home to some crazy cultists residing in a funky church that is surrounded by these aggressive water creatures that don’t understand personal space on your rowboat. The Caspian, what was once known as the Caspian Sea is now a desert wasteland with bandits roaming the area. And lastly the Taiga, a lush green forest with wooden houses, treetop walkways, and dangerous mutated wildlife to chase you around. The environments look fantastic and when you put them alongside other recent post-apocalyptic games like Fallout 76 it shines above the competition.

The core survival aspects of Metro are still present with Artyom having to rely on his gas mask to venture into toxic areas, or recharge his portable battery to power his flashlight and night vision goggles. You’ll need some of these tools while you’re out trying to scavenge for materials in the world. Ammo is a rare resource, weapons can be scrapped for their parts to upgrade your own firearms, and other items can be crafted from your backpack as you run around. Not everything can be created on the fly though, there are workbenches that you’ll come across that allow you to craft addition items like your ammo, or upgrade your tools such as your arm bracer and gas mask. Ultimately this might be where Metro Exodus could end up struggling, trying to find a balance with fun survival gameplay or frustratingly having no ammo to deal with enemies.

At one stage during the playthrough I was on a main mission and found myself backtracking through the level as I was confused about where to go next; the map doesn’t give you much detail, especially considering I was now underground. It seemed like I was where I was supposed to be, but all the doors in the room were closed. So I went around looking for something that I maybe missed. Because I’d recently dropped down from an elevated floor, there was only a few rooms I could check out as the game had confined me to a smaller area. I went backwards and forwards between places for a few minutes, all while trying to kill these creatures that kept populating the rooms as my quickly ammo whittled down. After what was now my forth trip into the initial room I got stuck at, a puzzled look hits my face as I’m staring at a large door at the end of the room which is now suddenly open.

About 20 minutes go by I glance over to the person playing next to me and they are at that same spot, that door I went through isn’t open, and it seems like they aren’t sure where to go as they ask around the room for someone to help them. I don’t know why it wasn’t open in the first place – or why it took that long to open, but I’ve been to enough preview sessions over the years that I can probably pass it off as a bug – I’d generally give the benefit of the doubt although the last time we saw Metro Exodus it was also a little rough. But in the end I’m leaving that mission with barely any ammo, or health items that I once had, in a game which is already trying to withhold a lot of that.

During another section of one of the other areas I find myself fighting a mutated bear, in what seems to be designed as boss fight. I end up using all the ammo that I’ve got on this thing, including throwable weapons but it doesn’t go down. I’m assured that you can kill it. But that is where Metro Exodus is going to either be a great survival game, or unsatisfying annoying. Whether it comes down to poorly distributed resources, or bugs that affect the gameplay, finding that balance can be difficult especially for survival games like this. We’ve seen recently titles like Resident Evil 7 or The Forest manage to strike it right, but those titles rely more on their horror elements where Metro Exodus sides more on the action side.

In terms of combat, shooting feels great and being able to pull apart your weapon attachments to set them up how you want is a plus. Weapons can get dirty which can affect their stats like stability and accuracy, however cleaning them will restore those degraded stats. The enemy A.I. for other humans seems bland and uninteresting during combat. I stood next to cover and watched for a while during one encounter as the enemies I was fighting continuously popped out from behind the trees; which were too small for their bodies anyway – before firing a few shots and ducking back behind the tree again. Throughout combat in some cases that enemies will surrender, lowering their weapons and not shooting back at you. This gives you the option to knock out the opponents or kill them on the spot, if there is anyone left still around and you decide to kill them then this will initiate a firefight again.

I really enjoyed the original Metro when it was released nearly a decade ago. I thought the idea of having your ammo being used as your currency was fascinating and unique. You were running around shooting your money away into creatures, or deciding if you should use that military grade ammo to take something down quicker. But since then that particular uniqueness has basically gone with 4A Games moving over to a crafting system. I’m eager to see if Metro Exodus will find its feet after having to change its mechanics from where it first started all those years ago, as the world of Metro is an interesting place and one that I hope is as entertaining as the original game.

Metro Exodus heads to Windows PC, Xbox One and PS4 on 15 February.