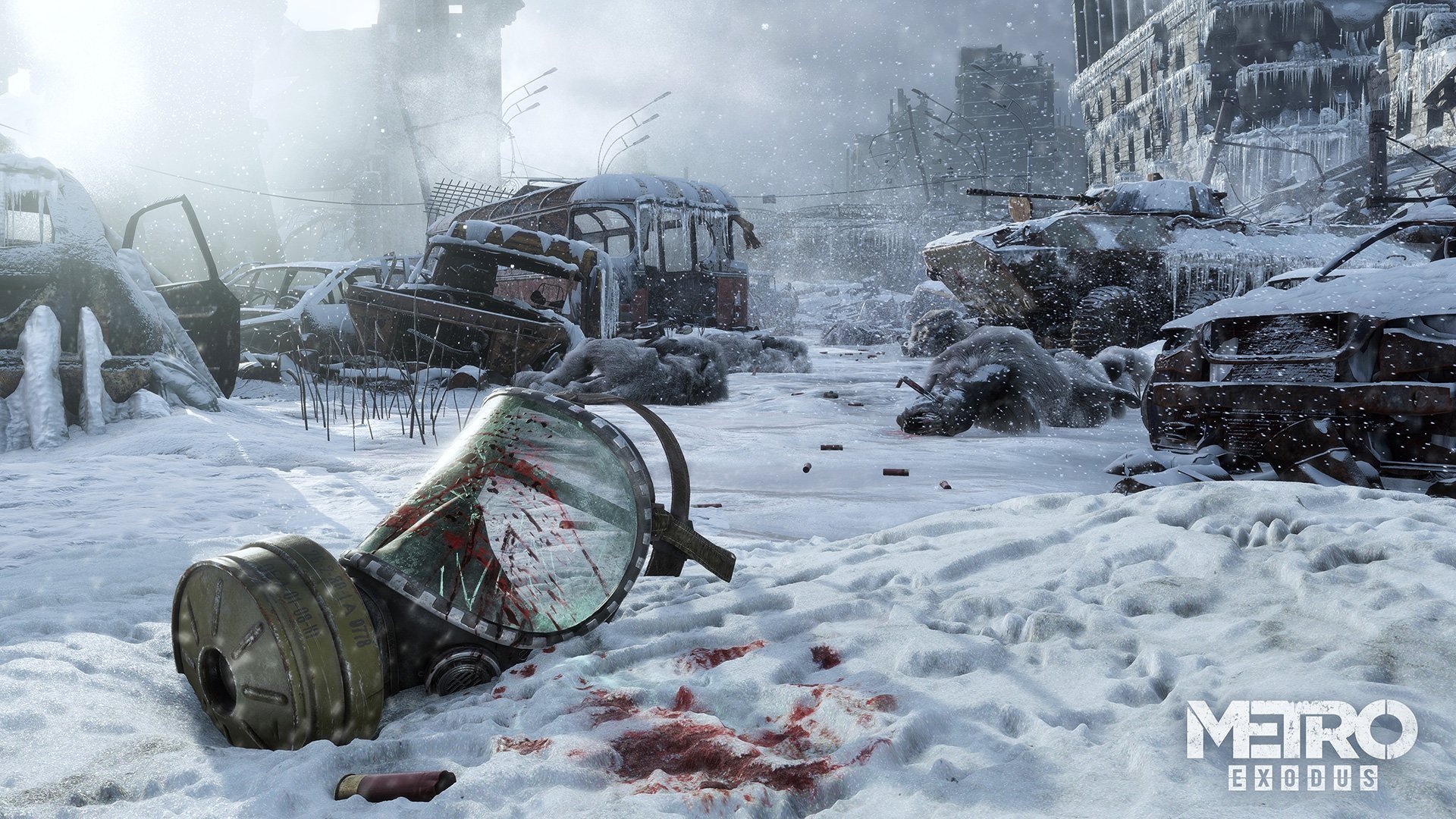 A lack of polish, but a lot of new ideas.

Metro Exodus was perhaps the worst game we had hands-on with at E3 2018, but that’s not to say it’s bad. In fact, I walked away from my experience hopeful for what’s to come.

The third in the popular Metro franchise, developer 4A Games has outdone itself, leaving the bleak, dark subways of Moscow for an open-world experience that will take take protagonist Artyom and a small group of militarised followers across Russia. With the change of setting comes what 4A called a “radical upgrade” to its 4A Engine.

The enhanced engine truly is remarkable; our hour-long hands-on experience took place outside in a frozen swamps of Volga, its islands only reachable via rowboat. From the detail on the boats themselves to the way in which the snow sat upon rusted out train cars, everything looked absolutely fabulous. Picturesque, in fact — and already running at native 4K resolution, though without HDR support (but that’s coming).

It’s a shame that combat and stealth mechanics have a long way to go.

Combat’s always felt a little different in the Metro franchise, so I’m not referring to those differences. Instead, things just felt a bit disjointed, as if Artyom wasn’t directly responding to my controls. He moved clunkily along the melting snow, pulling up guns sluggishly.

Stealth was equally off; I walked directly in front of religious fanatics at a nearby church and they looked through me as if I wasn’t there. Putting a mere foot into the waters surround each of Volga’s islands triggered a pre-generated sequence that featured Artyom failing in the water until he pulled himself out along the shore. Jumping off a boat in the middle of a lake trigged the exact same sequence. I get it — we can’t swim.

I shrieked out loud as I approached the small town of Krest in the centre of map and a ghoul popped out from around a corner. As I waited for my checkpoint to reload, a nearby developer confirmed that there are almost limitless ways to approach the town, but the scripted ghoul will always pull off that jump scare around that proximity. I appreciate the work involved in pulling that off, but also think it takes away from the open-world nature that Exodus is looking to achieve. In the same fashion, an open-world game that relies upon Artyom and company travelling from town to town in a train seems a bit off too.

Gripes aside, I do appreciate all the changes that 4A has made to its already winning formula. Exodus features overhauled weapon customisation and crafting through a portable workshop strapped to Artyom’s back. The crafting system is key — from my playthrough, 4A has found the right balance between available ammo (either in-world or from crafting) and the need to use it; it’s here that the game truly felt like a post-apocalyptic one where survival was always on your mind.

Each weapon has five hard points that can be customised; I relied upon a handgun with a light grip, suppressor short barrel, iron sights, 6-shot cylinder and green aiming laser. I quickly found out that the game’s dynamic weather wears on your weapon; if you don’t clean it regularly, it will deteriorate due to all the grime and trauma.

Moreover, the types of enemies found in the hour-long demo was great. From said religious fanatics and ghouls, I also fought off nuclear abominations in various shapes and sizes, including a Cthulu-like beast that lurked beneath Volga’s waterways.

The bottom line is that 4A has a lot of fancy new systems in its open-world environment, and ample time to polish them. Stealth and combat mechanics are some of the things that Metro is known for, so I’m confident they’ll be at the level we’ve seen previously. Moreover, this new open-world environment shows tremendous potential; I can’t wait to jump back in… just not in the water.