Stevivor
Home Previews GTFO The Vessel Preview: Get me TF into this Rundown 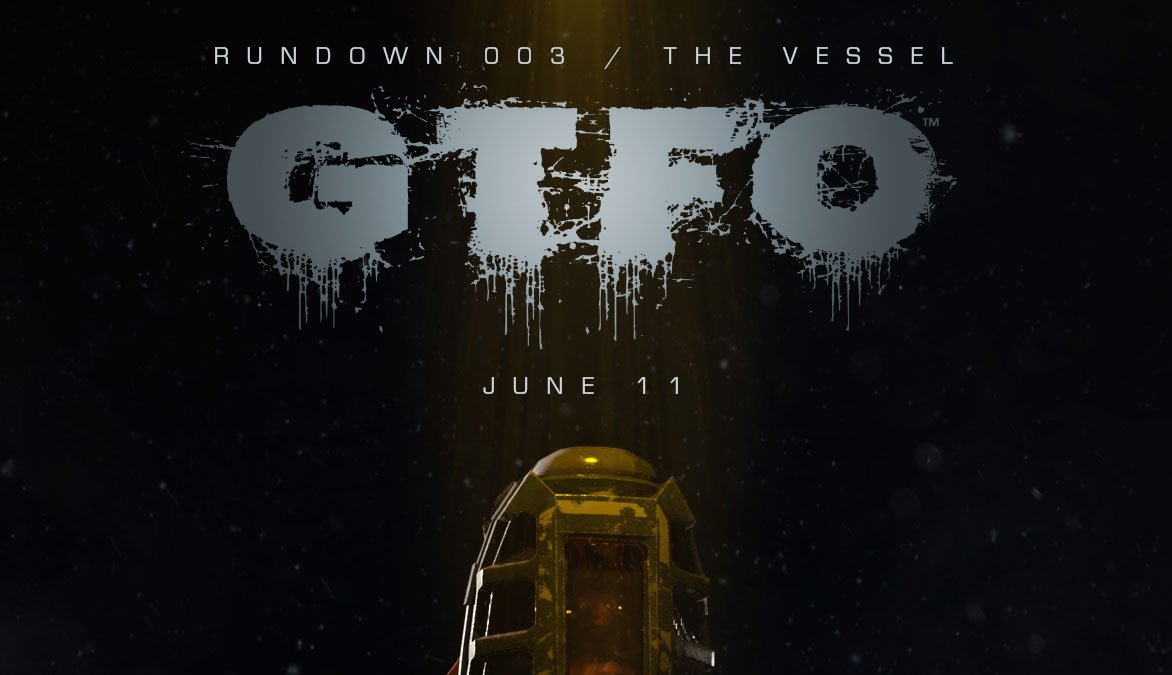 GTFO The Vessel Preview: Get me TF into this Rundown

GTFO The Vessel, its third game-changing Rundown, drops today and ahead of this Stevivor was not only able to check it but the game as a whole out. The end result is that we want more.

Stevivor joined up with two developers from the nine-person 10 Chambers, a studio comprised of staffers who’ve worked on cooperative titles like Payday and Payday 2. True to the game itself, 10 Chambers’ Simon Viklund took me under his wing, explaining the ins and outs of the survival horror-esque shooter. He needed to — in addition to GFTO being labelled as notoriously difficult by 10 Chambers itself, it offers little in the way of in-game tooltips, tutorials and the like. By design.

As Viklund explained to me, GTFO is not only a shooter but a role-playing game. Filling the shoes of a prisoner in the mysterious Complex, you’re dropped into an area and tasked to not only survive, but to escape. Just like it would be if this was happening in real-life, you don’t just happen to have a manual on your person that details all this. Instead, you rely on those already in the prison — or in real-life, on the game’s 185,000+ strong Discord server — to explain where you are, what you need to do, and how to do it.

Simon was my (very patient) saviour, explaining all that and putting up with my decision to run a hybrid control scheme using both a controller and keyboard & mouse, replying with enthusiasm when I couldn’t figure out how to switch over to my Aliens style tracker. You know, the one that actually helped my team anticipate the position of nearby, bloodthirsty enemies.

Escaping isn’t easy and failing will happen frequently, necessary to help you learn the layout of the Rundown environment — while the map doesn’t change, your escape path, enemy numbers and placement and key item spawns will. As you attempt to escape, you’ll find a host of terrifying creatures in your way, roaming hallways or stopping to quasi-hibernate, pulsating red in something that mimics REM sleep. If you are in eyesight while the creatures are probing, they’ll awaken and attack in force. Don’t even get me started on the ones with the tendrils.

The true goal of GTFO is to play like Resident Evil on its hardest difficulty rather than in a run-and-gun style like Halo. You need to conserve ammo, tools and health while moving from room to room, avoiding or dispatching enemies with melee whereever possible in order to preserve resources for when crap hits the fan. When you encounter a door that needs a key, you definitely call it out to your teammates while looking for a nearby terminal that will — command prompt-style — tell you where to expect to find it. On your way to said key, you’ll surely run into a security door that not only sounds an alarm when you try to best it, but also requires each member of your team coordinate to bypass it.

While hardcore combat segments feel straight out of Valve’s Left 4 Dead, they also proved far more difficult — relentless — and requiring true teamwork and careful planning to come out on top. It’s that sense of desperation that starts you to bond with your team, and it’s that bond that will help you to succeed. Viklund maintains the game’s Discord server is friendly and (mostly) troll free and I tend to believe him as you really need to be a unified front to make any progress in-game. Calling each other dicks and yelling “git gud” isn’t going to cut it here.

While this all culminates in an experience that is right up my alley, I also appreciate the transparency that 10 Chambers has with its player base. Anyone who intends the purchase the game is told outright that Discord is a definite requirement, providing essential services like matchmaking and voice chat while the game proper is being refined alongside its equally important injection of community support.

“We’re trying to be upfront that the game is a work in progress, detailing flaws like matchmaking and that is is in early access,” Viklund told me as we were timing coordinated hammer strikes on enemies.

“We wrote there that the game is really hard and lacks a progression system and matchmaking. People who bought the game know what they’re in for. I just hope that people who buy the game are willing to give us the time; to realise it’s a work in progress and things on the roadmap will come eventually. The game has so much potential. We weren’t sure we’d have an audience but we’ve had a tremendous response so far.”

In the end, I’m keen for more GTFO, though I’m also aware of the requirement for either three willing friends or a bout on Discord to make three new mates. I’d honestly prefer the former, and am happy to report that I’m among the converted, very willing to teach others what I now know.

GTFO is currently in early access on Windows PC via Steam; The Vessel goes live from now, 9.00 pm AEST on 11 June.