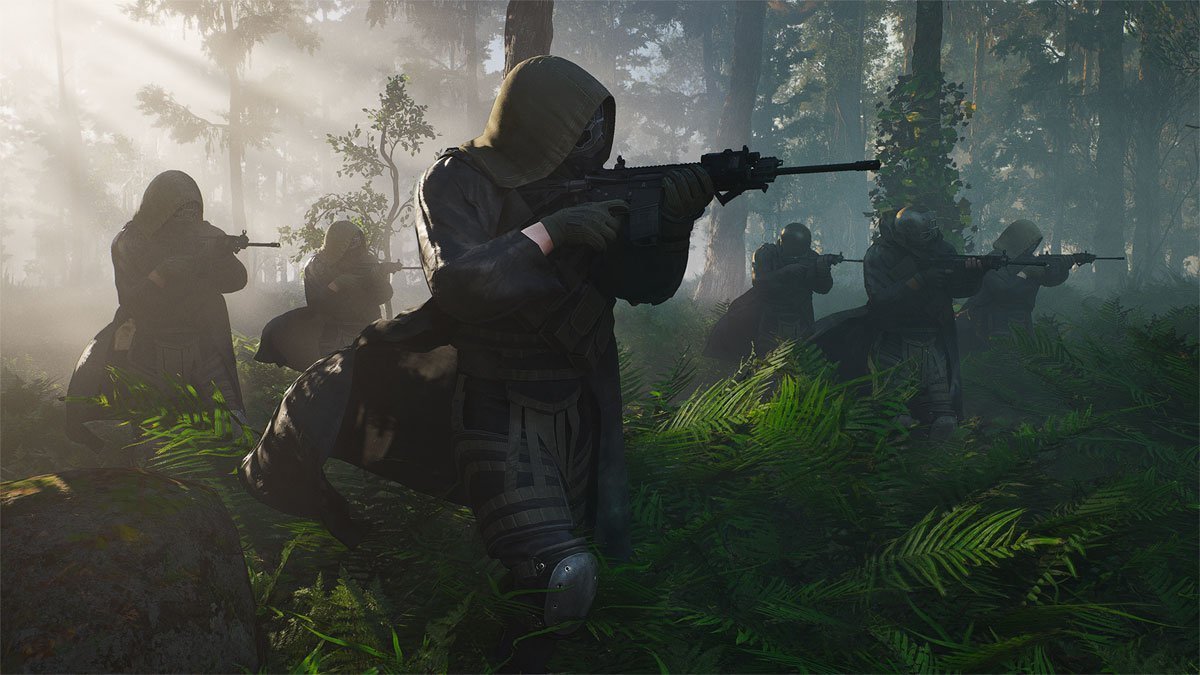 Players are calling the shots in Breakpoint.

Headshots count in Tom Clancy’s Ghost Recon: Breakpoint. After spending so much time unleashing at bullet sponges in looter shooters, it’s encouraging to take down a menacing heavy brute with a couple of well-timed shots to the noggin in team shooter. Following Wildlands, Ubisoft has listened to its players and crafted a more punishing open world in Breakpoint; a world where stealth is difficult to implement, yet encouraged, and where the rocky terrain dictates that the shortest route is not always the most efficient.

In my E3 hands-on session, our team of four deployed for stealth across one main and three faction missions, and inevitably, it all went wrong. “Unlucky” was the word our team leader, one of the developers, used to describe our regular unexpected encounters with the Sentinel troops who occupy the island of Auroa under militia rule. On several occasions, our squad of elite ghosts converged on an enemy compound and deployed drones to scout for targets, primed to attack without being spotted, only for alerts to suddenly light up the mini map because an unrelated enemy patrol, or a pesky little drone, approached from behind.

During the next mission, our all guns blazing approach was mandated due to a tactical blunder. After marking a selection of enemies, we decided to coordinate an attack at range on three goons who posed the greatest threat. On our team leader’s mark, they all simultaneously hit the ground before any of them realised an attack was imminent. It was all going well, until it came time to takedown a roaming rocketman (a man with rocket launcher and accompanying icon above his head, not Taron Egerton). A stray bullet missed the head, instead hitting the rockets stashed on his back, and explosive mayhem ensured.

It’s this sense of unpredictably that requires you to expect the unexpected. Two stealthy scenarios that went hot for vastly different reasons, but both demonstrated the importance of being prepared to shift gears to plan B. During one of the faction missions, we ran through the compound almost undetected, picking off enemies with systematic intent. At least until a tank drone spotted my allies, while my hands were quickly tied by tussle with a wolf — not a wild beast, but rather one of the elite soldiers who has commandeered command of Skell Technology’s fleet of attack drones. Wolves share similar training to ghosts and prove to be a formidable opponent.

If you have ever wondered how the bad guys afford their seemingly infinite resources, in Breakpoint they’ve simply taken control of the manufacturing company and its island of operations. Naturally, all hell broke loose during this encounter. Reinforcements were called several times, as we set fire to anything and everything insight. It lacked a certain element of finesse, but when the time comes, sometimes you need to turn to grenades.

It all comes down to survival, which is the clear focus of Ghost Recon: Breakpoint. The ghosts are pushed to their limits, and despite methodical planning, the world often sees fit to remind you who is in charge. Surviving isn’t just a matter of taking the right shots. To complete missions, you’ll need to gather intel, use supplies sparingly and spend a lot of time patching yourself up. Tumbling down a hill might be the fastest way to escape enemy fire, but it’s going to cause an injury, and it’s up to you to determine if it’s best to limp into the woods or stop to apply a bandage.

Heading into a mission without a full stock of medical items and ammo is a recipe for disaster. That’s why players are encouraged to reconvey at a nearby bivouac, a safe camp where ghosts can craft items, apply a tactical buff by eating and drinking, and change class before deploying for action. Ubisoft allows players to pass time and choose which time of day they want to attack. The cover of darkness is an obvious ally for infiltration, but the dynamic weather system injects the element of unpredictability, which is a running theme of Breakpoint.

I played the entire session as the panther class, a nibble solider best suited for stealth at close to medium range. It forms a dynamic duo with the sharp shooter, who in theory will spot and take out the most threatening targets at range, while another two players were geared up for assault. While each class has its distinct advantages, there are no restrictions on weapons. There’s also shared progression across all modes — solo or cooperative play, as well as PvP — so no matter how you are playing Breakpoint, your loadout and unlocks will come with you.

Stealth and survival are at the forefront of Breakpoint. Prone camo allows you to role around in the dirt to avoid detection (crucially, we hadn’t mastered that in the first mission we bungled) and the breach kit to sneak through a fence is reminiscent of the regimented tactics of Rainbow Six Siege. But in classic E3 fashion, it’s the explosions and everything going awry that sticks with me most, along with the sweet headshots. It doesn’t matter how you choose to play; with graceful stealth, explosive effectiveness or somewhere in-between, nothing beats a perfectly executed headshot.