Stevivor
Home Previews Fortress Melbourne aims high, but can it reach its goals? 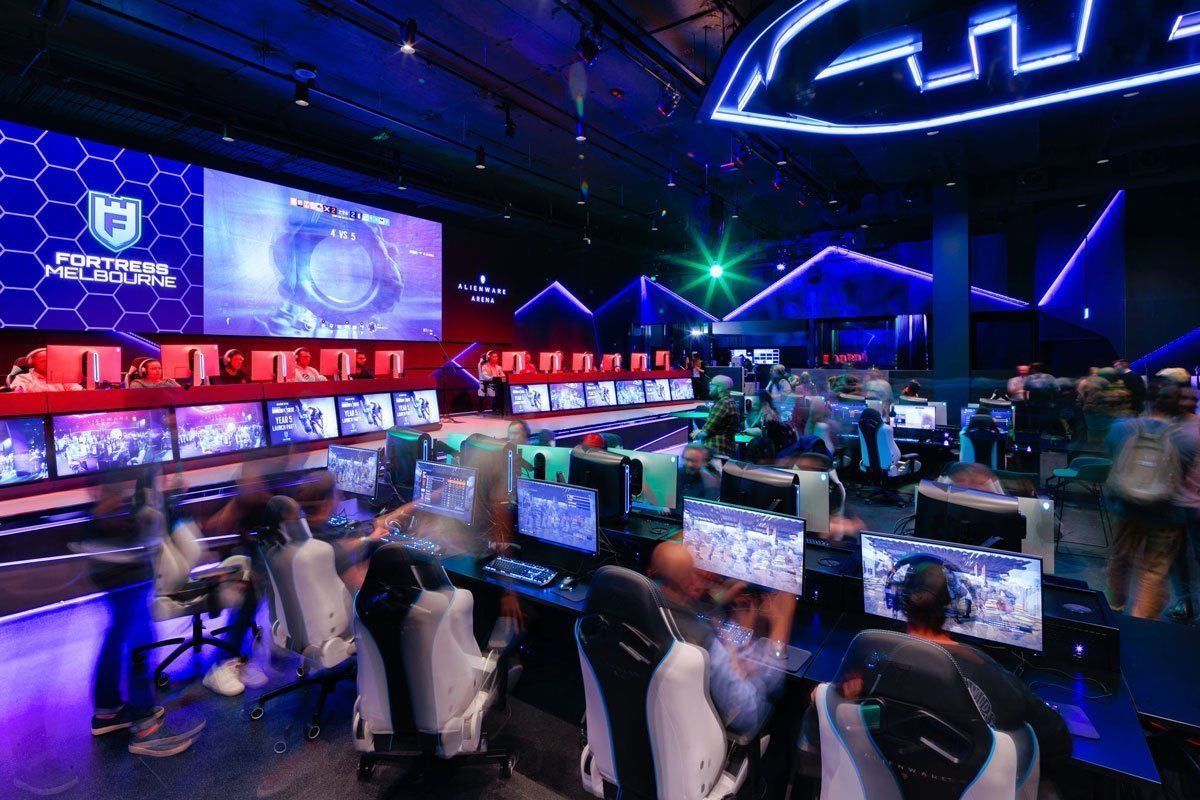 Fortress Melbourne aims high, but can it reach its goals?

"[Fortress Melbourne] is not just a gamer bar."

If we’re talking space alone, the venue has it covered — nestled within the pricey Emporium Melbourne, eating up costly and spacious real estate along LaTrobe Street in the heart of Melbourne’s CBD — Fortress Melbourne is a can’t lose propostion. The entire facility stretches over two levels and measures in at 2,700 square metres, offering customers a medieval-themed bar and restaurant, LAN areas with more than 160 high-tech Alienware PCs, four livestream pods, additional function spaces and a 200-person state-of-the-art Esports theatre.

On paper, it can’t do wrong. But when customers are fearful of the chance of contracting coronavirus and buying up all the toilet paper humanly imaginable, is a shared set of spaces — themed spaces, at that — littered with things to place your hands upon a sure winner? Time will tell.

The curse of the Mana Bar

Australia — Melbourne, even — is no stranger to a gaming-themed bar. In past conversations with owners of Melbourne’s failed Mana Bar, it came down to this: patrons would come in by the droves, happy to watch people play games or play them themselves, but wouldn’t spend money on food or drink. Fortress Esports, therefore, needs to ensure it can capture paying clients.

“We’ve thought a lot about how to spread the revenue streams so that it wasn’t just food and beer or just LAN stations,”  Sattlerley, the CEO and co-founder of Fortress, told Stevivor during an early look at the venue.

“The way we’ve passed that net, as you can see, is we’ve got a myriad of revenue streams. So you’ve obviously got the Tavern here, which is just the end and be all; an awesome place to just come and have a drink and a bite to eat. So we’re certainly eager to make it clear to everybody that this is just a great bar. Forget whether you like gaming or not.”

Jon, perhaps, slips for a moment.

“You probably would have to have some sympathy for say, fantasy culture, but think about how many people dig Game of Thrones or The Witcher or something, right?”

Don’t get me wrong: Fortress Melbourne is a sight to behold. The streamer pods are individually temperature controlled and its LAN rooms are something from the future, with individual desks that actually house two powerhouse PCs yet can be moved to and fro with ease. It’s just that the Tavern itself… well, seems out of place.

Personally, I’d have taken something like the bridge of the Enterprise-D over a Medieval Times spinoff. I’m hoping I’m alone in that assessment, because Fortress seems to be all in. Satterley, thankfully a Dungeons and Dragons fan, has gone to the trouble of developing a series of characters and backstories that flesh out a bar and restaurant area that feels as if it was ripped from the pages of a Witcher novel.

“All of our staff have read the stories to get them ready for questions,” about the characters that adorn the walls of the Tavern itself. “I actually put it to them the other day because the [backstories] exist as very short PDF stories; four pages or so, just enough to give you enough background knowledge about them and a little bit of action or adventure or something like that.”

The Tavern’s setting and style may sound cringeworthy to some, but there is a silver lining.

“One of the ideas that was offered to me was, ‘why don’t we create two or three hour one shot campaigns?'” Satterley explained. “D&D campaigns that introduce people to the characters. So you’re hanging around here, you might be saying to one of our customer service people, ‘yeah, what’s with this?’ and actually next Saturday, we’re doing a three-hour one-shot if you’ve not played D&D before. How about you come on Saturday, we’ll sign you up now and then you’ll learn about it.”

I’m sceptical, yet optimistic. Despite a setting that I’m not comfortable in — but will reassess with a tankard in hand — I’m hopeful it will work. I’m definitely not one to keep my phone in my pocket and play a board game or D&D campaign whilst at a pub, but I know there are people that will be.

Near the end of our conversation, I feel that Satterley gets my unease.

“Look,” he begins, “it’s not ‘come for the PCs, discover the Tavern’. It’s that if you like PC gaming, come for that. If you like gaming culture and role playing games, come for this. You might be at the Tavern twice a week, living your life and not giving a shit.”

He motions up towards the Alienware Esports Arena. “They live their lives over there and down here, in the Tavern, they live theirs. To that very point, each of our key areas have their own logos and we refer to them in the sort of singular, like ‘this is the Tavern at Fortress Melbourne’ and out in the wild we’ll be marketing, say through socials in that, ‘tonight at the Tavern.’ Not, ‘tonight at Fortress Melbourne.'”

“You just come here and think this is a cool place and not even really notice that there are gamers in that LAN lounge. The architecture of the venue provides a lot of opportunities that maybe those smaller bars have struggled with because they’re really only able to cater to one market or one niche or one or two revenue opportunities. There’s something for everybody. We think that there are millions in Australia of people who think of themselves as gamers or not, but love video games. A lot of them would never dream of going to a LAN cafe or gamer bar; [Fortress Melbourne] is not just a gamer bar.”

“One of the ways you describe that was like music venues of old,” Satterley continued. “Say the Espy from ten years ago. There’d be the Gershwin Room, the front bar, the back bar — all of those places. You could be at the Espy back bar with some sort of punk band playing or the Gershwin Room with an indie rock band and in the front bar there was like a pop band, right?

“But you wouldn’t know it. If you’re in the Gershwin room, watching a metal band, there was something else happening up in that front bar. You would not have known, that there as comedy [elsewhere]. It was all happening at the same time, and everyone would stream out, be in and out and they’re just like, ‘oh, what’d you see?’ That’s fine here too, because we’d obviously love cross-pollination.”

It’s a lofty goal — almost unattainable in today’s current climate — but I hope Fortress Melbourne can make it. The centre opens, officially, today. We’ve a listing of the venue’s pricing right here.