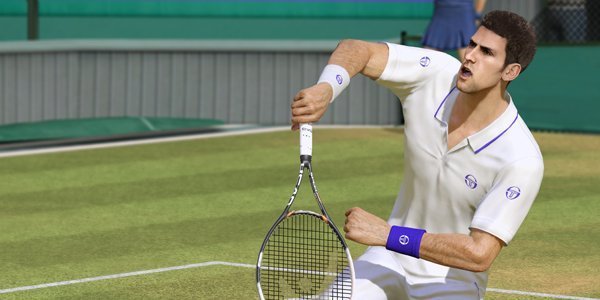 As the 2012 tennis season gets going in Australia, I couldn’t be more ready for the release of EA’s Grand Slam Tennis 2. Unfortunately, we’ll have to wait until February for the full game to be released, but until then, EA has kindly given those on Xbox Live Arcade and the PlayStation Network a demo version to tinker around with on either console.  The release allows you to play as either Nadal or Djokovic in a replay of the 2011 Wimbledon final, which is a Grand Slam Tennis 2 exclusive. The demo allows you to play one set, best of three, and also provides access to the “training center” so you can practice timing your shots and build power against a ball machine.

Each tennis release across the gaming industry always tries to bring something unique to the table. In Grand Slam Tennis 2 this comes in the form of “total racket control,” using the directional stick to make shots. My initial impression of these controls is that it’s hard. It makes the ball more difficult to control, both in terms of angle and style of shot. I found myself reverting back to the traditional arcade style of play quite frequently during the game. This isn’t to say that it’s bad, just that I think I’m going to need a lot more practice if I wanted to use these controls. I doubt I’d bother with the practice; the game plays a lot easier with the arcade controls and I don’t really see any benefits of using the joystick to control the shots.

I felt that the game was moving slightly too fast. The players, the ball and the timing for the serve in particular were all happening just a bit too quick, which made me feel a bit rushed. This also meant the serve was extremely hard to control. However, I’m assuming as with all tennis games, the more you play, the more you will get used to how the game needs to be played. 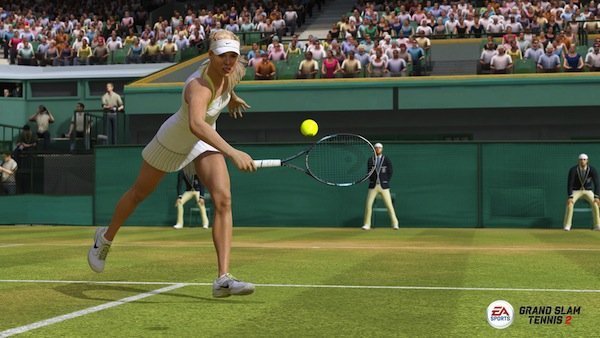 What I enjoyed –and what EA always does really well — is the commentary. John McEnroe and Pat Cash were on hand to provide commentary as if they were actually watching the match. If you don’t know who these people are you will definitely know their voices, especially McEnroe. The one downside to the commentary is that every now and then they will do a spiel about the benefits of a deep return or a good approach shot, and having played just four times this started to get repetitive.

It’s hard to say whether or not Nadal and Djokovic showed real-life tendencies as both are amazing all-round players, but this will be easier to detect with access to all players come February.

After spying the feature in the on-screen manual, I am most looking forward to the “ESPN Grand Slam Classics” mode. From what I’m reading, it seems like we are going to be able to replay the iconic matches from throughout tennis history. Every tennis game has a career mode, and all tennis games have online multiplayer, but as far as I’m aware this has never been done.

I take my tennis games very seriously. Other developers have really upped their game in recent times so I really look forward to what EA’s reply is. I think the success of Grand Slam Tennis 2 will come down to its career mode and its online multiplayer. Controls aside, I think there is every opportunity for this to be a really enjoyable game for everyone, not just tennis fans.