If, like me, you’re too cheap to run a proper PC rig, you probably get quite excited when a popular PC-only title makes the jump to consoles. After hearing that Elite: Dangerous had named a planet and space station after the recently-departed Leonard Nimoy, I was practically chomping at the bit to see the game on Xbox One at this year’s E3.

You know, ‘cause space.

Beaming with pride at the fact his game was instantly available on Xbox One via the newly-announced Xbox Game Preview program, Frontier’s Ben Dowie was happy to explain the ins-and-outs of the spacecraft sim in both hands-on and hands-off experiences with the title. 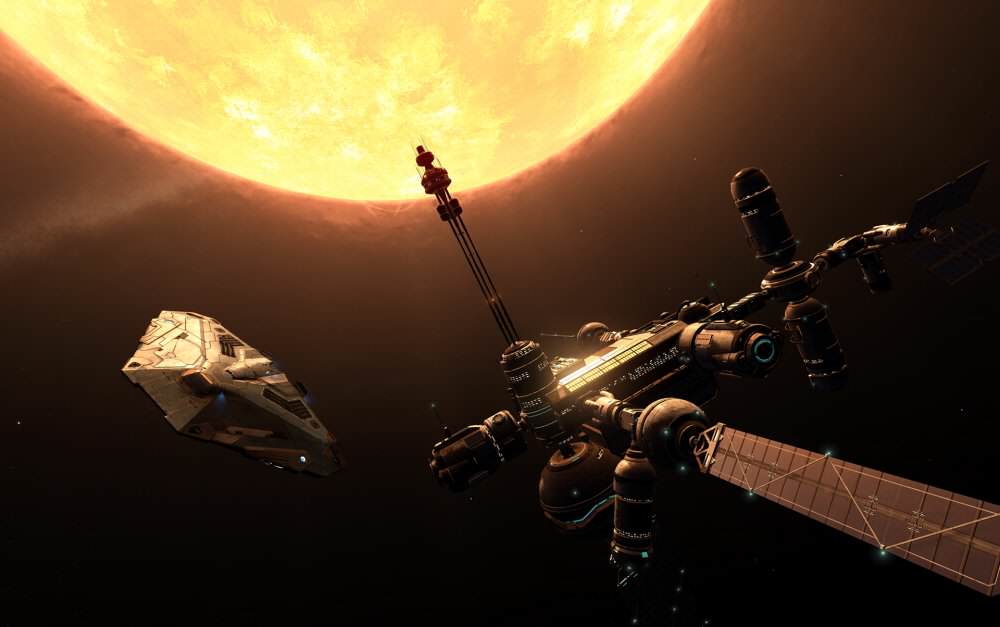 Dowie, who previously spent his time at Frontier working on titles like Kinectimals (no, really), corrected me after a rather foolish assumption that Elite: Dangerous was merely a spacecraft combat game.

“It’s an open world,” he corrected. “You want to be an explorer? A trader? Combatant? You name it, you can do it.”

Dowie, the game’s Executive Producer, then explained his favourite way to play; setting a course to a remote corner of the galaxy and trying to discover new stars. No Man’s Sky style, if you’re in Elite: Dangerous’ online galaxy and discover something new, that find is attributed to you for as long as the game is operational. 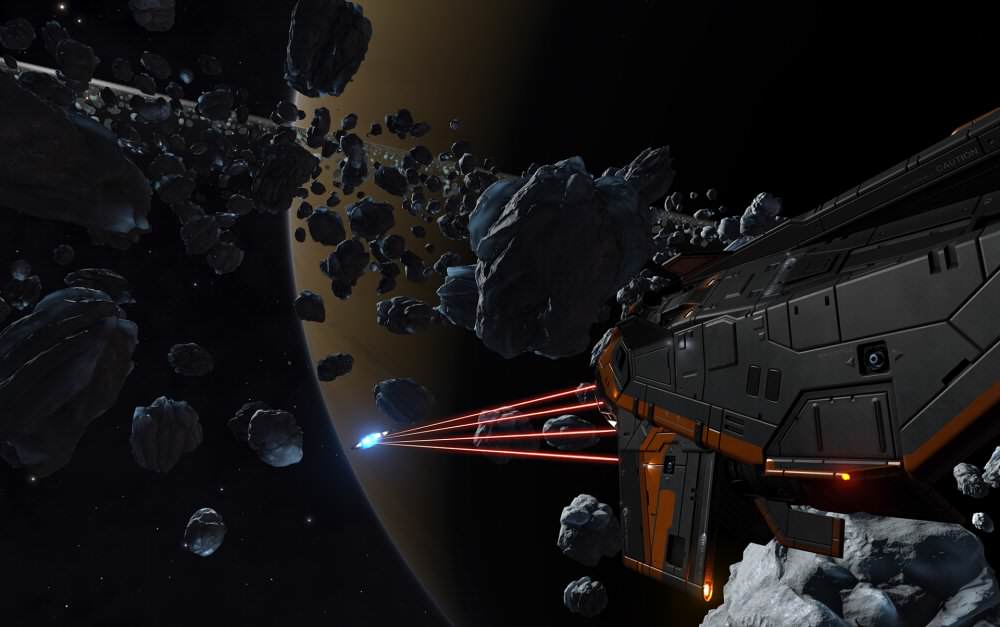 While No Man’s Sky might impress sci-fi nerds with its never-ending expanse, I was more impressed to hear that Elite: Dangerous is a 1:1 recreation of the Milky Way. If new stars and systems are discovered in the real world, they’re also added into the game via patch, Dowie confirmed.

A new mode created for the Xbox One version – but available in the Windows PC and Mac versions of the game, alongside whatever optimisations have been squeezed out – called Close Quarters Combat (CQC) also looked quite exciting. In Elite: Dangerous proper, you can do what you wish; in CQC, you’re in a self-contained little bubble of space, removed from your open world career, and tasked to kill or be killed. The mode is 6v6 and is set to pit the game’s best against one another.

Skill is definitely required for CQC, but Dowie did confirm that it also can prove to be a great little training ground, really helping newbies on Xbox get used to the combat side of the game. It’ll take a bit of patience too; you’re not only fighting in close quarters, but forced to fly around hoops and through small cut-outs in derelict space debris. Smaller ships, unavailable in the game’s normal mode, really help in that regard, being fast and ultra manoeuvrable. 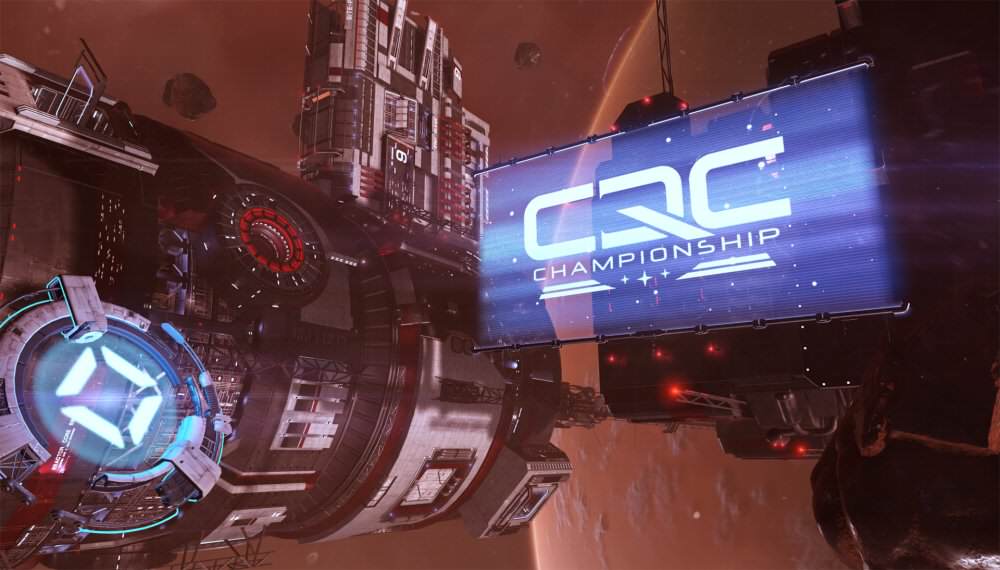 After the hands-off presentation – and as Leo and Shane like to say on the Friendly Fire Show podcast — all the sci-fi (or should I say sci-fact?) I was exposed to pretty much bumped the game up to an 11/10 rating in my mind.

Playing the game did little to dissuade that initial reaction. As with other PC-to-console releases, mapping an array of keyboard controls to a controller is make-or-break, but Frontier seems to have nailed it. While flying, I was reminded of playing X-Wing with a joystick way back in the day, but instead of having to mash additional keyboard buttons, a hold-and-press of the controller’s face buttons brought up contextual interfaces.

The X-Wing feeling? Totally and utterly because of a near identical in-cockpit view. 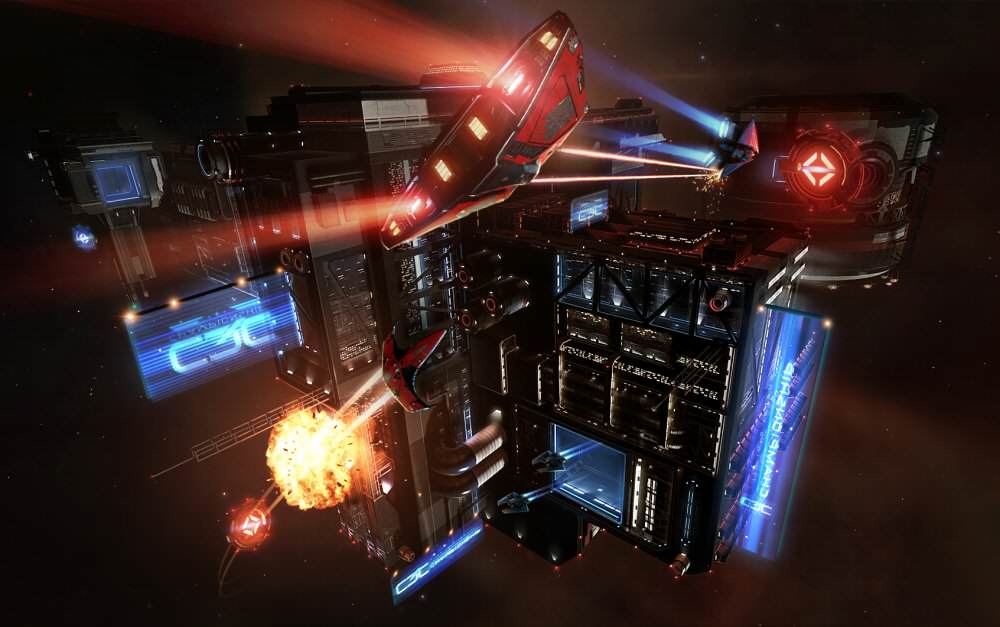 While I may not be the best flyer, I was a quick learner, able to master the game’s mechanics though not showing much prowess.

At this point, I should have already sold you on the game, but if not – once again – you can check it out for yourself on Windows PC, Mac and now Xbox One right now. On the latter, an Xbox Live Gold subscription is required for the game’s online galaxy, though those on Xbox Live Silver can access the game’s solo, offline galaxy. For those of you who hate online human interaction, those on Gold can switch between galaxies at their leisure.

CQC makes its debut on Xbox One in July.