I was always a skeptic when it came to Battlecry. Free-to-play. Multiplayer. Team-based. Class driven. These are all terms that immediately put me off. I’d seen footage. I’d read previews. I’d even heard first hand from other Stevivor writers about their own experiences. I was still a skeptic.

My god, is Battlecry crazy amounts of fun. It’s exciting. It’s tense. It’s action packed. Most of all, it’s accessible and more importantly, balanced. By and large, my furious hatred of anything multiplayer boils down to how quickly it becomes futile to play unless you’ve spent dozens or hundreds of hours getting really, really good. Battlecry doesn’t feel like it will trend this way. Granted I only have 20-minutes of play experience and I was playing with a group of other newbs, but the very systems the drive the title give me hope.

Firstly, it’s not a shooter. There’s no need to learn how to aim, get faster or better guns, find choke points or any of that shooter nonsense. Battlecry is a melee game. Yes, yes, there’s a ranged character, but being that there’s only one on each team and the weapon in question is a bow negates that argument entirely. To fight and kill in a match, you simply have to get in close, dodge, strike and get your hands dirty. Learning the classes is imperative, but each is familiar enough that the basics come quickly. What helps a great deal is the controls. Playing with an Xbox One controller, I was up to speed within the first minute or so of my first match and by the end of the second I was basically a pro.

Of course, Battlecry is simple to learn and easy to master. The old cliché rings true. Knowing the well-established principles and tropes of squad-based competitive multiplayer games certainly helps, but you don’t need to be a veteran to make a difference. I was, for example, the top scorer in both my matches and I’m hardly a multiplayer aficionado.

The mode I played was essentially King of the Hill. Three zones would appear on the map and after a few minutes would disappear and reappear elsewhere. The ever-changing zones – now a standard of the genre – kept me on my toes and made sure the tension was always high. Getting to the zones is an absolute joy, thanks to the great traversal and movement mechanics. The same goes for the maps themselves, which are filled with secrets and shortcuts just waiting to be discovered. 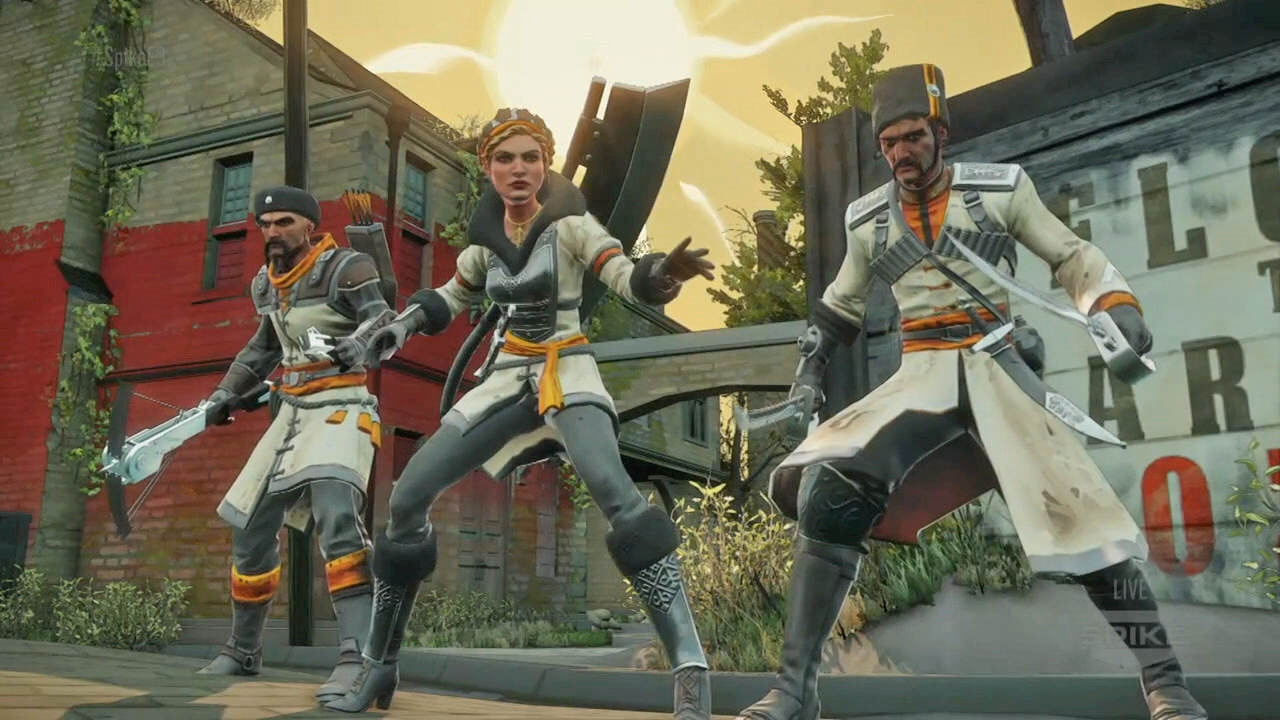 The most fun comes in fighting though, of course. As you play, your characters special meter will charge over time. Eventually allowing you to unleash a fiercely damaging attack. These are highly varied. Some will better suit defense, other offence while others still sit somewhere in between. Finding your ideal character and class will take some time, but each of those I’ve played with thus far were interesting and different enough in their own right to make them worthy choices. Preference is also likely to come down to your preferred role in the team. There’s something for every play style though, more than enough variety even.

Battlecry appears, at least on the surface, to be a fairly average Team Fortress clone with swords instead of guns. This is what I believed and this is what I came to understand was so very, very wrong. Battlecry is excellent. It’s genuinely one of the most thrilling gaming experiences I’ve had in quite some time and it was an utter surprise. It feels as though many gamers have dismissed Battlecry out of hand, just as I did, but it’s a mistake. I truly hope that Bethesda and Battlecry Studios can get the fan support, anticipation and following they deserve.

Battlecry is in beta and will be available for PC.