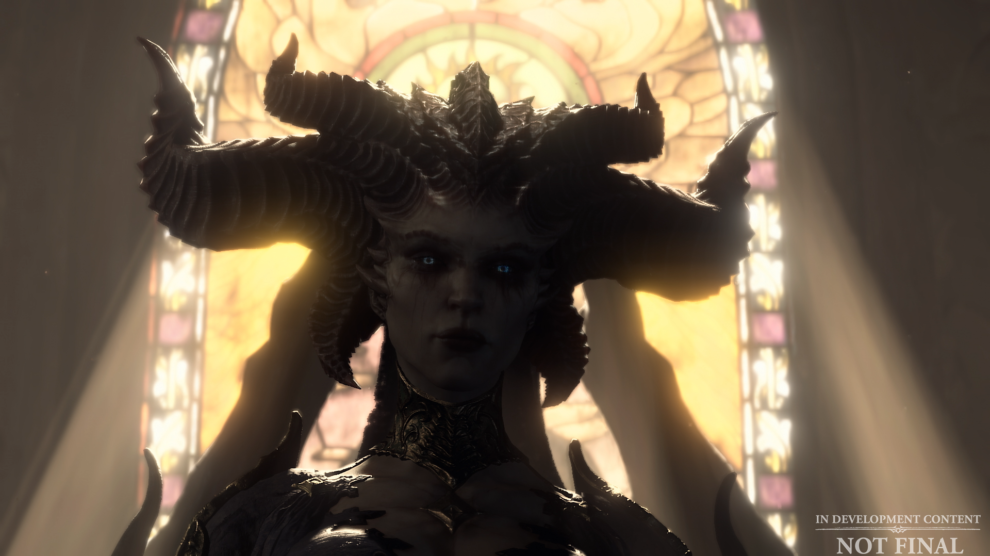 The eternal conflict rages on.

As far as cultural impact goes in the gamerverse, there are few franchises that can measure up to that of Diablo – for both good reasons and bad. Diablo 4 marks our next return to Sanctuary, the world created by the Demon Lilith and Angel Inarius and picks up some 20 years after the end of Diablo 3.

With the eponymous Diablo defeated once more along with the Reaper of Souls himself, Malthael, you’d think that all would be calm and quiet. That’s not so; the world has grown darker as humans struggle on, and with the demon Lilith back and walking Sanctuary once more it’s up to the player to banish her back to the void.

The overall tone of this game is much, much grimmer this time around – and that’s saying something as previous instalments weren’t all sunshine and rainbows either. Ahead of our preview session, game designers likened their vision of Sanctuary to that a dark medieval masterpiece rife with the influence of the old masters.

Where 2 was dark and gritty, Diablo 3 often felt much more like you were playing in a living painting with its soft panel feel. Diablo 4 blends these two aesthetics together to create a living, breathing world that visually pops like 3 but with all of the grit that made 2 so memorable.

Perhaps the single biggest diversion from the previous Diablo’s is the transition to a fully open world environment. Diablo 1 took place almost entirely within a dungeon, while Diablos 2 and 3 had larger zones that were still separate from each other – you couldn’t walk straight from New Tristram to Bastion’s Keep.

Diablo 4 though promises a fully open surface world though, allowing you to trek the width and breadth of the map by foot or atop your trusty mount. While the area in our preview was relatively limited, it was jam packed full of dungeons and cellars to visit and clear as well as a host of side quests to run you around the map. There’s a definite focus on exploration this time around, and with a promise of a branching and non-linear narrative you’re clearly encouraged to experience the story your way.

Our latest trip to Sanctuary brings with it some needed updates to character creation – previous games in the series gave you a set character, and it took until Diablo 3 to even be able to choose gender. Now though almost every aspect of your character is now customisable, and this of course means inevitable microtransactions too, but we’ll get to that later.

This level of customisation plays heavily into the class fantasy now too. Gone is the ability to level up forever through Paragon levels or otherwise, now we’re back to the Diablo 2esque system of skill point allocation in a sprawling tree. Pick your class fantasy and chuck your points in towards that – whether it be Fire Sorcerer or Bleed Barbarian, the choices are now much more finer than the broad strokes of Diablo 3. 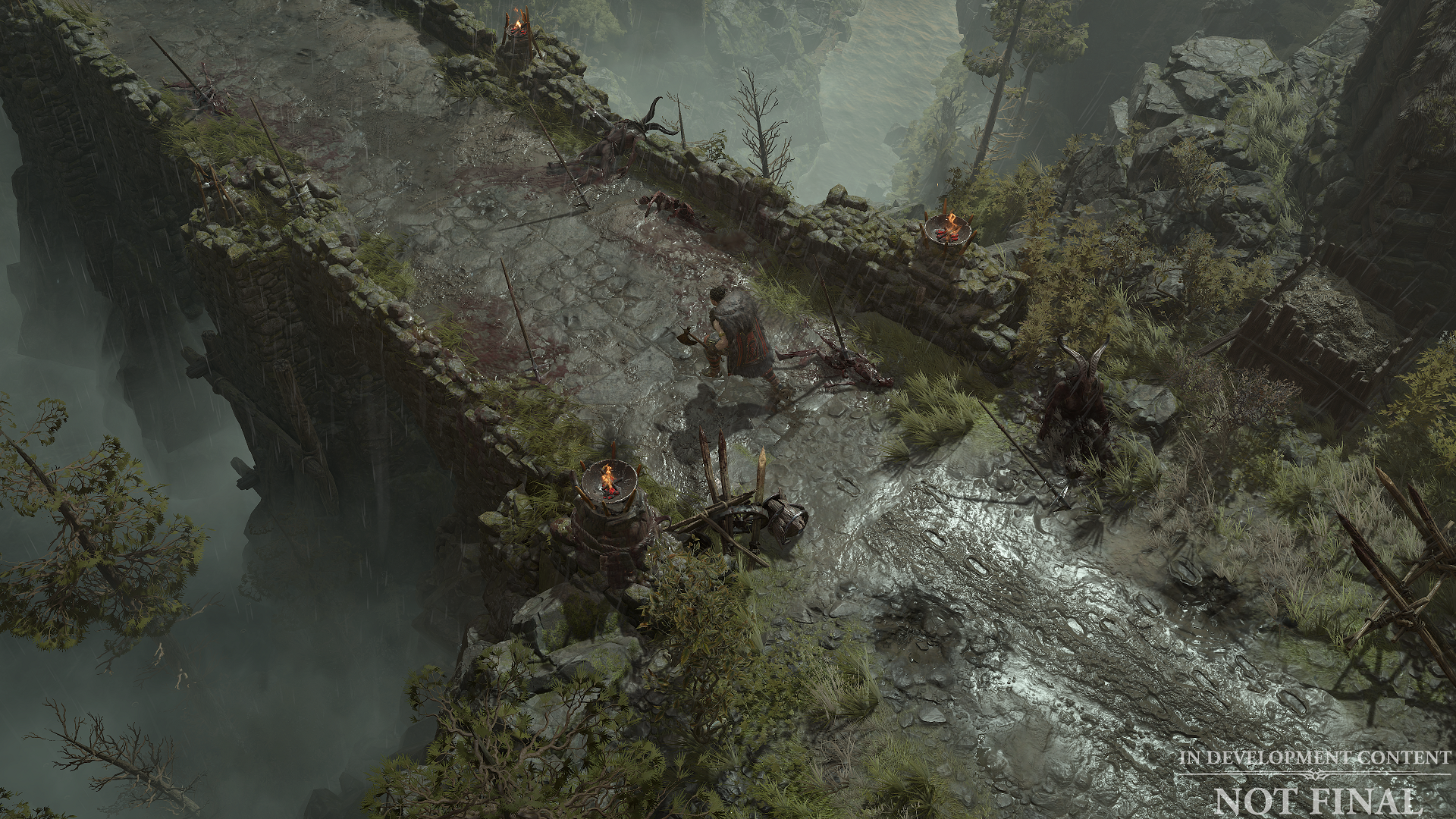 Diablo 4 also brings with 2 new systems to the series – the first being the aforementioned mounts and the second the Evade ability. This ability is available to all classes, and functions as a simple dodge to either get you out of or into more trouble. Previous games had movement abilities limited to whatever the class fantasy provided, be it a teleport, a leap or a cartwheel, but now everybody get’s a simple side step added to their repertoire.

Outside of this though, Diablo 4 is still at its core a loot focused game. Items are often crucial to making particular builds work, offering certain powers or altering others to work in more exciting ways. Where Diablo 2 had runes and Diablo 3 offered the Kanais cube, Diablo 4 will feature a system that blends the two – allowing players to extract a legendary power and then apply it directly to a weapon to reduce some of the RNG and set their builds up just right.

In our hands on time we were free to roam throughout Act 1, diving into dungeons and assaulting strongholds on our way to level 25. While I’ve spent at least some time on every class in Diablo 3, my heart truly lies with the Barbarians of Mount Arreat and so whipping out Barbra the Barbarian was a natural choice (Editor’s note: yes, all of my characters names are (bad) class puns).

While 25 only represents a quarter of the levels on offer come full release, I was still able to tinker with a few early game builds in my hours of play. From bleed-based builds to whirlwind focussed ones, I’m pleased to report that my personal class fantasy of the barbarian just bonking stuff to death remains alive and well this time around. 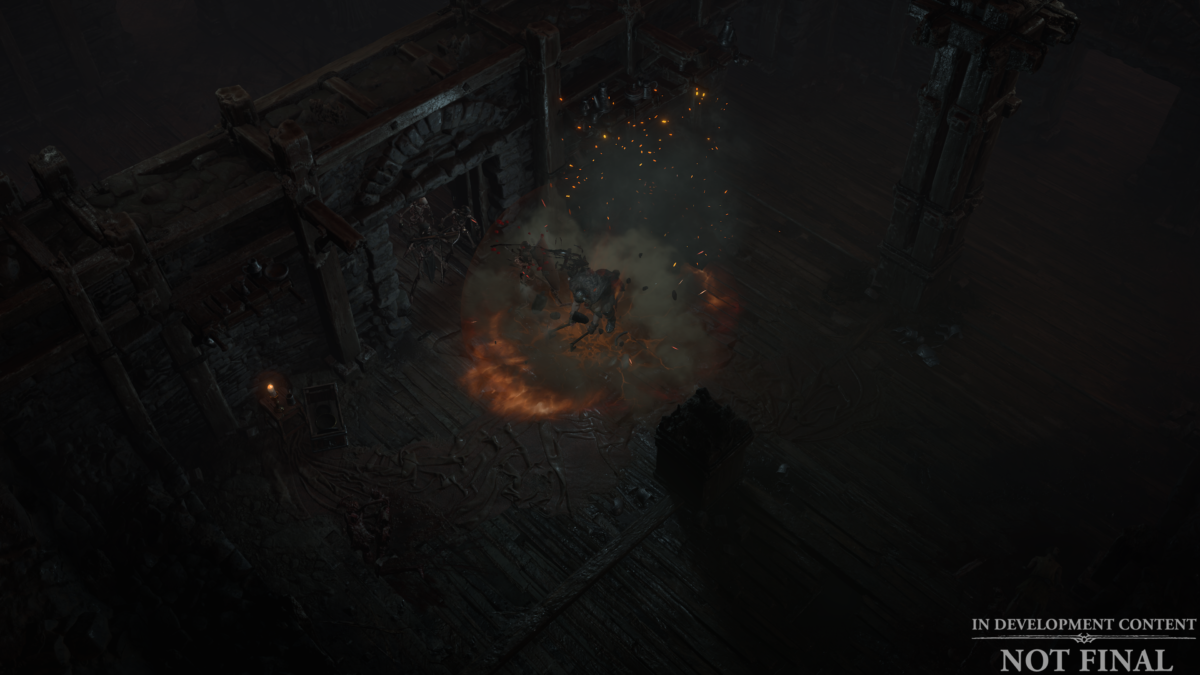 While the end game loop is where we’ll inevitably spending most of our time come full release, this was unfortunately outside the scope of our preview this time around. Despite that though the developers reassured us that “when the campaign ends, the game is only beginning” – a statement that has certainly held true for Diablo 3 in its 10-year reign.

Sanctuary is a world overcome by sin in Diablo 4, and that corruption is told through as much through the lives of the everyday townsfolk as it is the experience of the main characters. The side stories are packed with darkness at every turn and everybody’s morality is some shade of grey.

The story we’ve seen so far in Act 1 has left me excited and wanting more. To call it a tease would be underselling the quality of what was on offer. I’m genuinely very interested in what Blizzard are setting up here, but to say anything at all about what I find exciting would be spoiler territory, and we’re not headed there today. 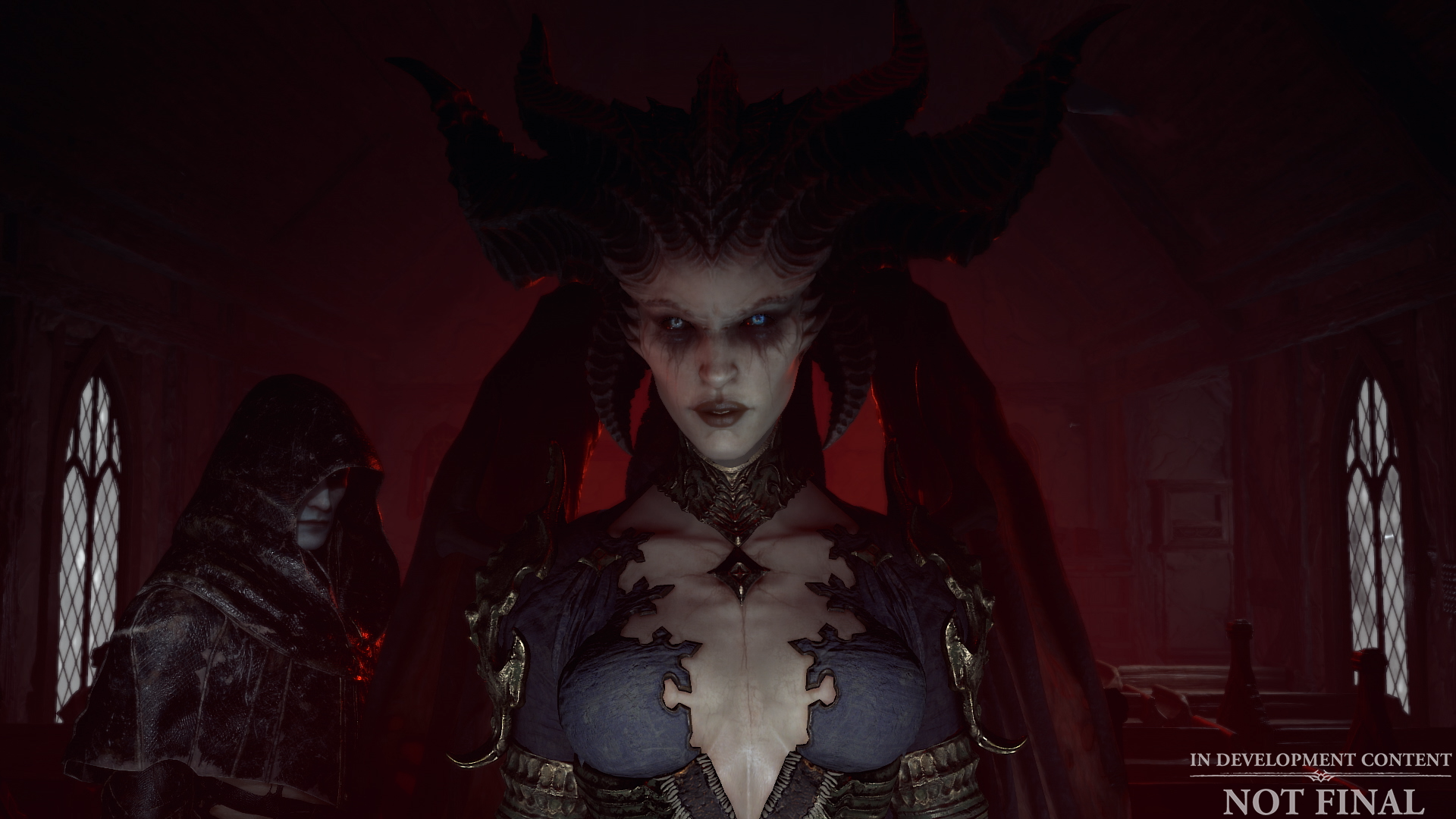 Truly my only concern so far is the focus on the in-game shop, and the inevitable torrent of microtransactions it’s sure to contain. Diablo 3 has one of the best seasonal models of any game today, one that allows players to (for free) engage in the game in new ways each season with a suite of earnable cosmetics on offer. While I’m hopeful that Diablo 4 can maintain this high level of content, the introduction of a Season Pass, paid cosmetics and a “live service” shift has me uneasy.

While this latest entry in the storied franchise looks setup for success, only time will tell if they can stick the landing long term.