Home » Previews » Dark Pictures The Devil In Me Preview: Don’t go all serial over it… 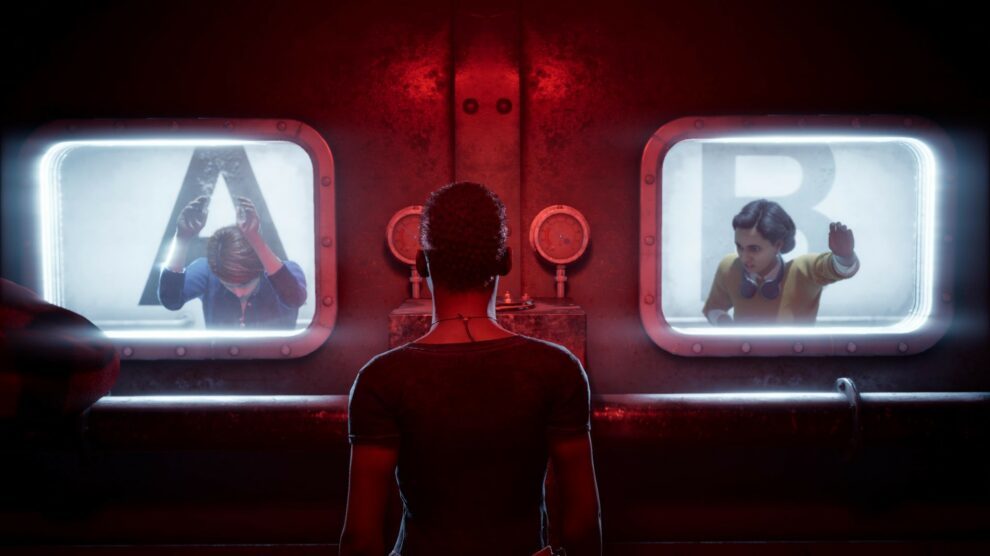 See what we did there?

The Dark Pictures‘ first season will conclude with November’s The Devil in Me, and Bandai Namco and Supermassive Games were kind enough to take Stevivor through a hands-off preview of the horror title ahead of that time.

The fourth title in the popular franchise, players will control the fates of a documentary crew of five as they are stalked and tormented by a new murderer.

“All the previous stories draw on something that already exists in the world; a myth of historical fact,” explained Supermassive’s Tom Heaton. “In The Devil in Me, our real world inspiration is a person: H.H. Holmes, America’s first serial killer.”

Holmes’ story is infamous by this point; after moving to Chicago, he built the World Fair Hotel, timed to coincide with Chicago’s World’s Fair.

“H. H. Holmes’ hotel was a huge, three-story building; elegant and refined,” Heaton continued. “And horrific. Guests lured into the hotel never found their way out. It was full of secret passages, hidden rooms, trapdoors, bricked up doorways, cellars with vats of acid and lime pits, strange implements, and deadly contraptions. 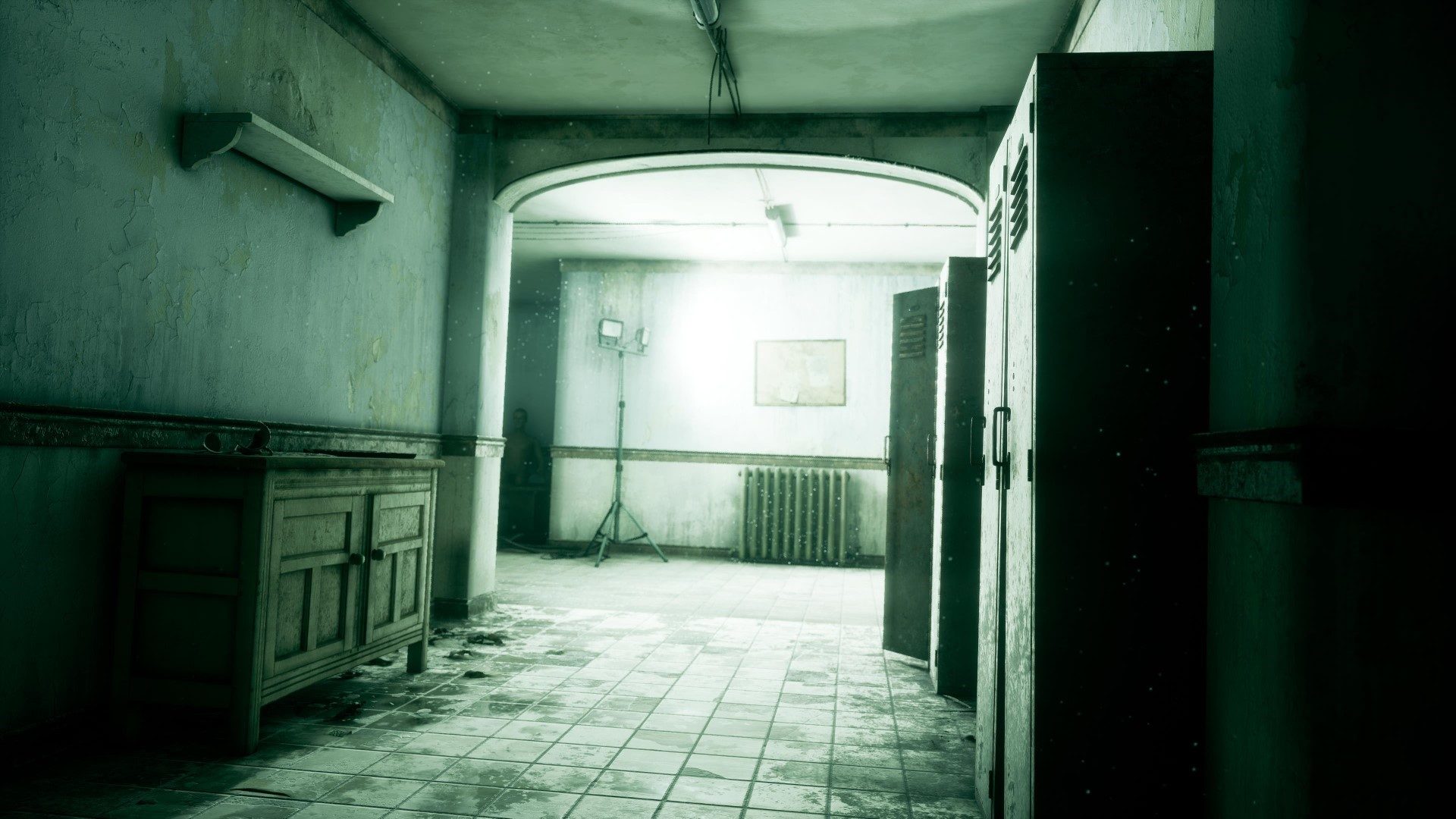 “H.H. Holmes used that hotel to murder people; we don’t know how many victims there were. At his trial, Holmes confessed to 27 murders, but there is speculation that the number was much higher. The building became known as the Murder Castle at his trial in 1896.”

It’s at that same trial that Holmes provided Supermassive with the title of its next game.

“Holmes said to the judge, ‘I was born with the devil in me. I could not help the fact that I was a murderer no more than the poet can help the inspiration to sing.’,” Heaton recounted.

As a quick aside: if this setup intrigues you, I highly recommend Erik Larson’s The Devil in the White City as some tremendous background reading. 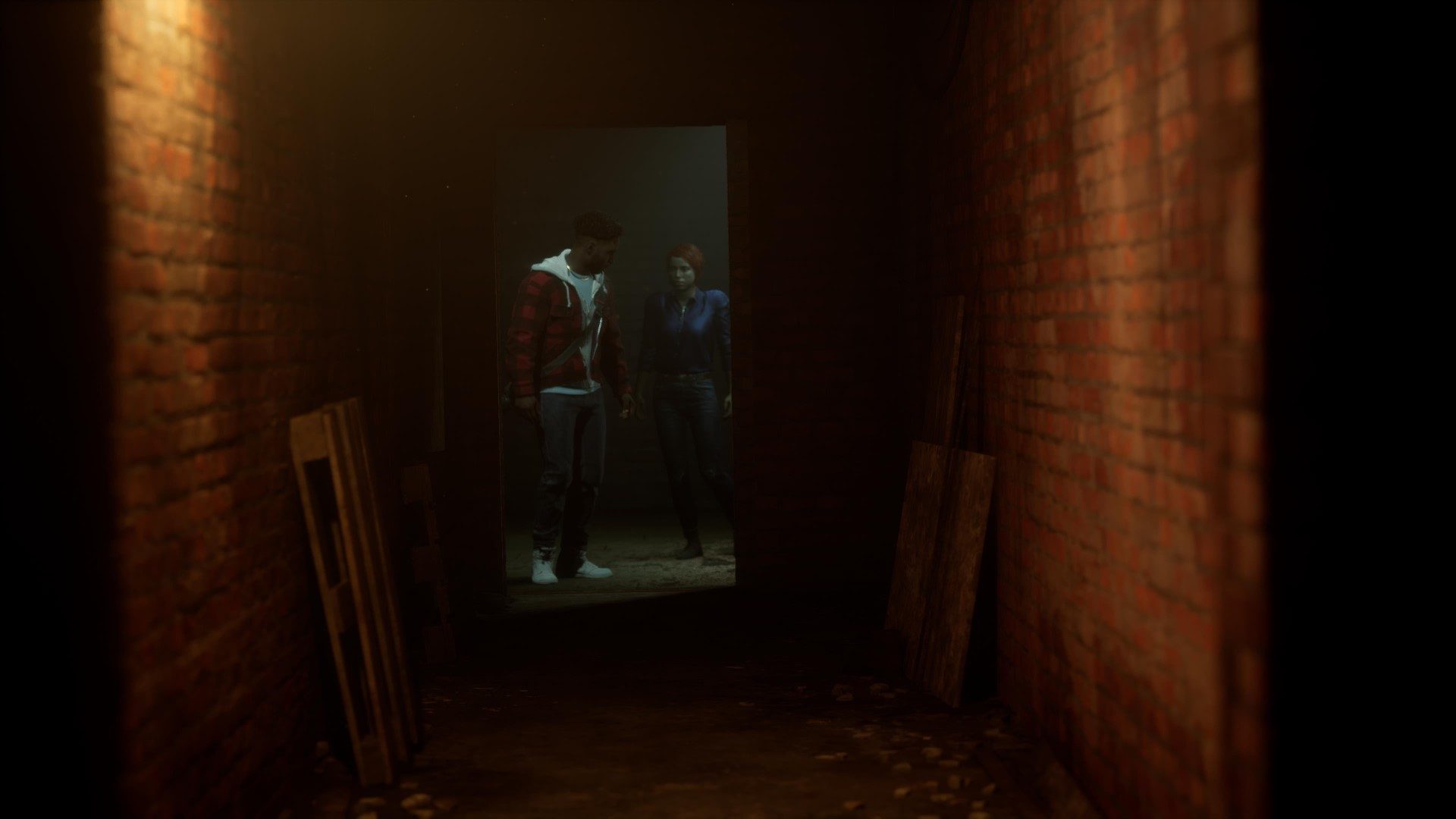 Enough about Holmes himself though; our protagonists are documentarians who’re focused on the killer. Sadly, they find themselves running out of time and budget to continue their work. It’s here that a mysterious benefactor steps in and offers them access to a faithful recreation of Holmes’ Murder Castle to progress. The trouble is, the recreation is perhaps a little too accurate and real-to-life… and you can probably guess what happens next.

Heaton said that The Devil in Me takes inspiration from a number of sources; Holmes aside, films like The Shining and Friday the 13th have influenced this episode, though the Saw franchise has perhaps the most direct input. The Murder Castle is full of traps and pitfalls that are meant to cause that same feeling of tension and dread as in the gory film series.

In fact, Heaton insisted that, “we believe that the deaths in The Devil in Me are the most gruesome and extravagant and over the top that we’ve ever done.” 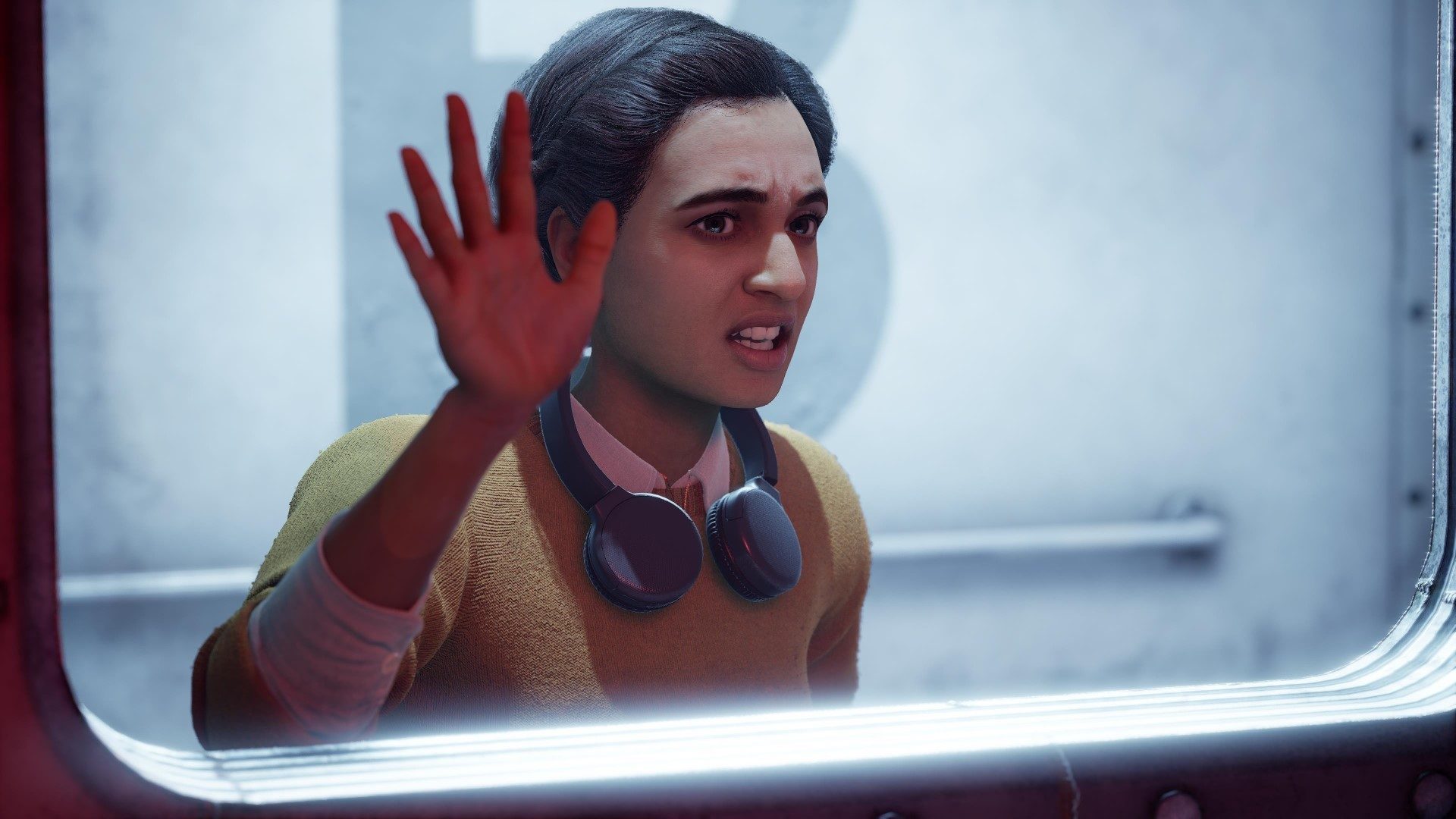 As is standard with The Dark Pictures, Supermassive is endeavouring to refine and adapt gameplay based off the recommendations of its rabid player base. Improvements inside The Devil in Me include the ability to run (YES!) alongside further interactions to climb over, under and around objects to explore. Objects can also be pushed and pulled to create new pathways to explore. Perhaps most important is a new inventory system that will let you collect items to then strategically use over the course of The Devil in Me‘s approximate seven-hour runtime to better ensure your survival. An asthma puffer looked to be one example of such an item.

Moreover, each of The Devil in Me‘s five protagonists will have their own unique inventory item. Production head Charlie Lonnit carries a business card that will act as a makeshift lockpick and camera operator Mark Nestor will obviously have a camera, as good examples. Characters can use their unique items at will to delve deeper into Supermassive’s narrative, or even lend them to another character… for better or worse.

“How you use them directly impacts the narrative,” Heaton said. “They allow you to investigate the hotel and the previous guests… and sometimes they can save a life or cause a death.” 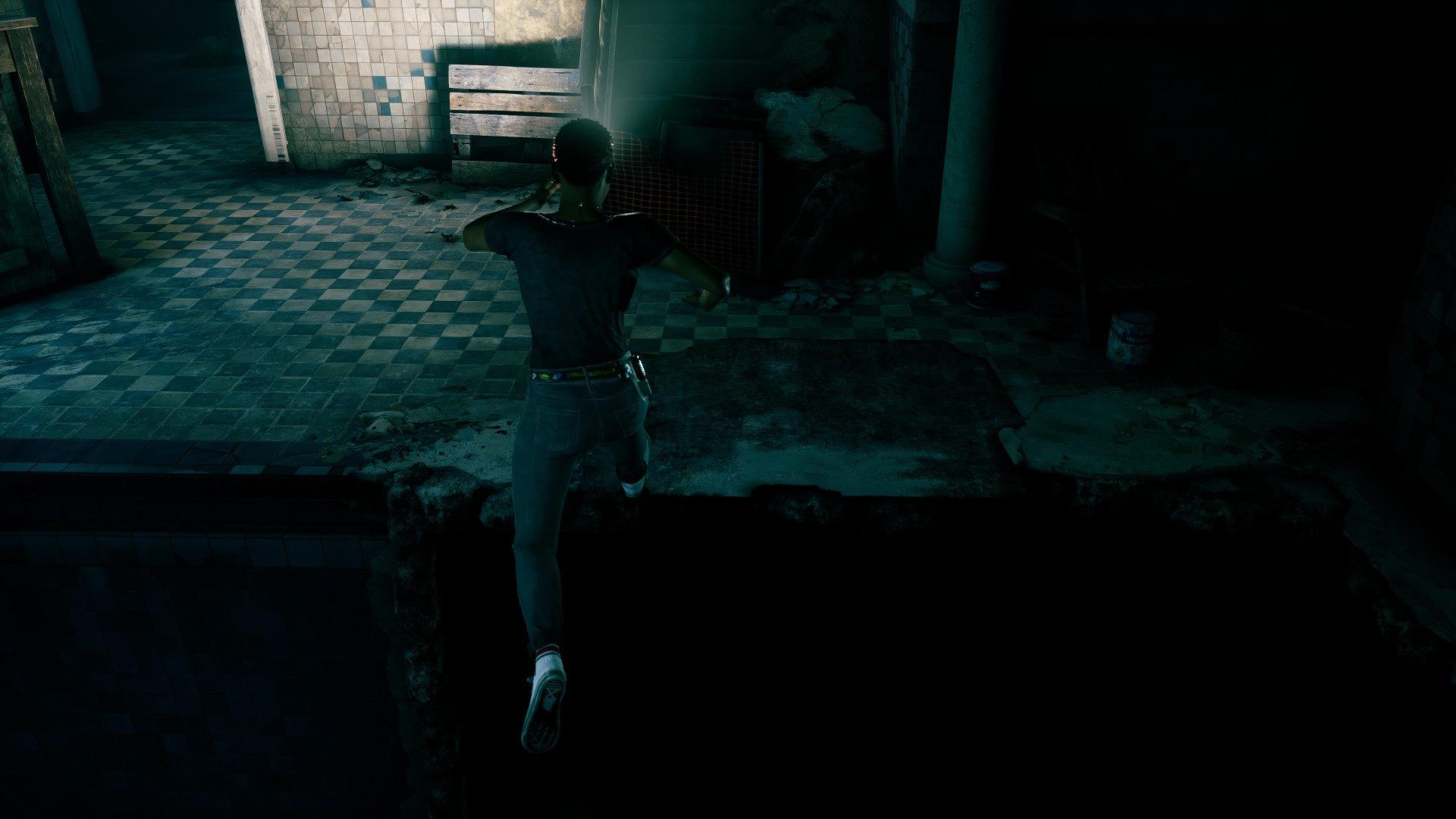 Finally, The Devil in Me has added more puzzles into the overall experience.

“So get your thinking hats on, because if you can’t work them out, people are going to die… but no pressure.” 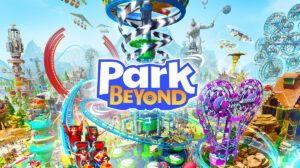