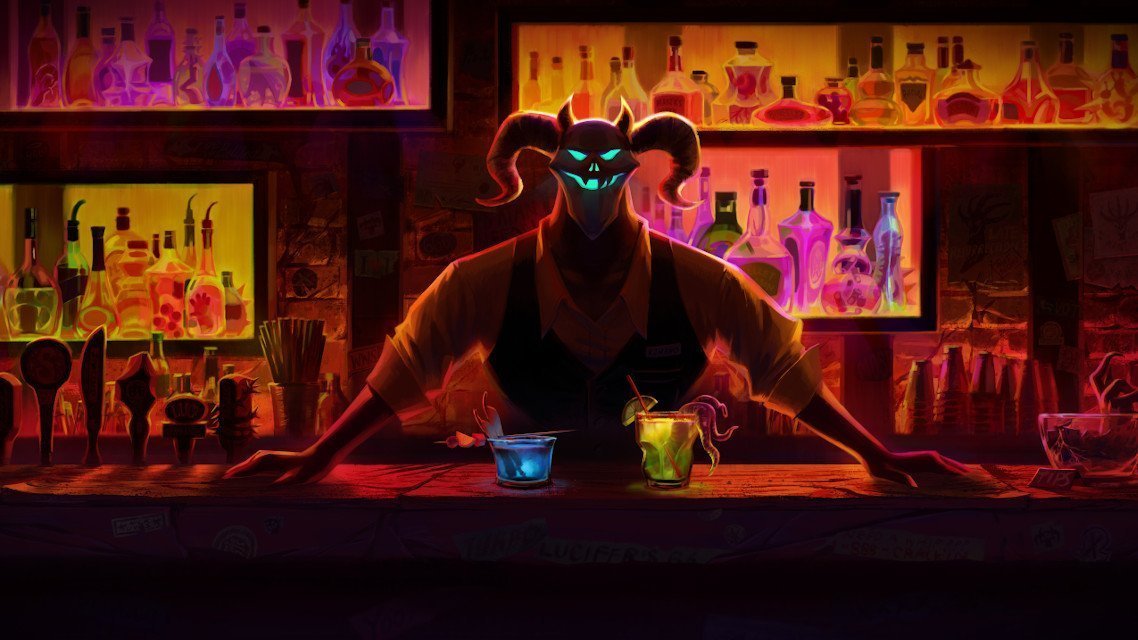 Afterparty Preview: But first… a drink

In 2016 the independent video game developer Night School Studio released its first title into the wild. Oxenfree was an 80s inspired supernatural thriller that received a lot of praise for its fantastic narrative and writing. The studio has now followed this up with a stylistically similar title called Afterparty — a strongly comedic, graphic adventure game featuring two friends who find themselves stuck in the afterlife… but not the one they’d hoped for.

Milo and Lola have died. Following this revelation Milo drops to his knees yelling, “There’s a God!” before coming to the realisation that the both of them have ended up in Hell. After meeting some interesting characters, they’re advised of a loophole that could help them escape. Obviously, it comes down to out drinking the Devil, aka The Prince of Partying. This sets Milo and Lola off on a journey that sees them going from bar to bar; a pub crawl in purgatory, sqaured off against Satan in the ultimate test to see who can hold their liquor better.

Like Oxenfree, Afterparty relies heavily on its dialogue system to advance the story. But this time around dialogue choices can be altered by consuming different types of alcoholic drinks. For the most part, this is how you’ll solve the puzzles that will get thrown your way, in a Choose Your Own Adventure sort of style. For example, the Bloody Stool will give you flirty options, while ordering a Famous Last Words will give you a more aggressive vocabulary. Each bar has a number of drinks to choose from and downing these are used to alter the conversations you can have with the other characters you come across while trying to escape hell.

Although you can immediately see the connections between Oxenfree and Afterparty, most notably through its simplistically portrayed dialogue system, the rest of the art totally stands out as a major difference between the two games. Unlike its predecessor, Afterparty features a gorgeous mix of 2D and 3D scenes that the characters traverse though. From its spectacular opening, the tone of what you can expect is set within the first 10 minutes, with wonderful dialogue, terrifically acted by the voice cast.

After just an hour playing Afterparty, you can see the big strides Night School Studios has made in its follow up title. If you enjoyed Oxenfree then you definitely shouldn’t pass up a drinking match with the Devil.