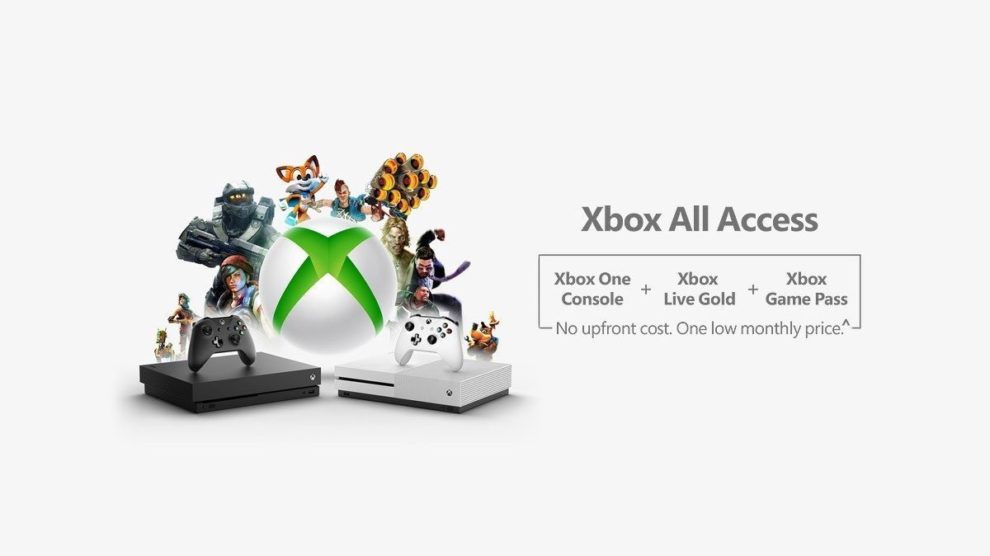 Xbox All Access was today announced by Microsoft, a 24 month rent-to-own program that includes an Xbox One and Xbox Game Pass & Xbox Live Gold subscriptions.

Available in the USA only — though ironically announced by Microsoft’s Global Product Marketing Manager — the program has no upfront costs, 0% APR and 24 months.

The offer is available for a limited time at the Microsoft Store; those interested can head here for further details.

Doing the math, it’s a great deal — here’s what everything would cost in USD separately:

Subtracting the subscription costs from the Xbox All Access cost of $839.76 USD, that means you’re getting the console for $480.02 USD. Not bad, eh?

A cool deal, to be sure… but once again, here’s a cool Xbox initiative that Aussies don’t have access to. Would you rather this or Xbox Design Labs, gamers?