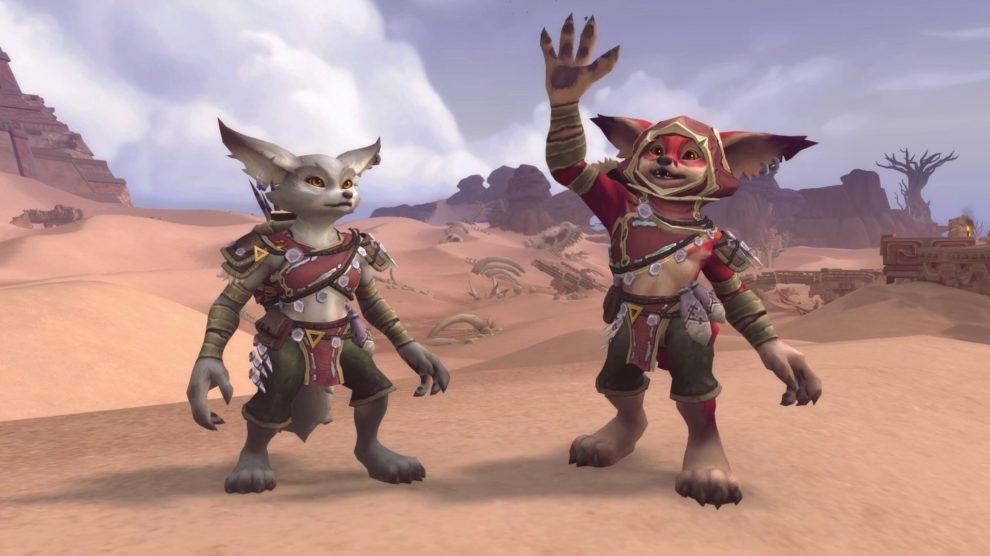 The new playable races are the Vulpera, a fox-like race that was first showcased in the Battle for Azeroth expansion; they’re joined by the Mechagnomes, who look much like you expect.

The Vulpera, above, are Horde Allies, which means you’ll gain access to them after maxing out their faction reputation and completing an associated quest. Both the Vulpera and the Mechagnomes will be added with update 8.3, titled “Visions of N’Zoth”.

The free update will also add a new storyline that pits the Horde and Alliance against an elder god. A release date for the content has not been specified.

The news comes by way of a content update video, which you can view in full below.

World of Warcraft is available now on Windows PC and Mac.