Home » News » What does Windows 10 mean for the Xbox One? 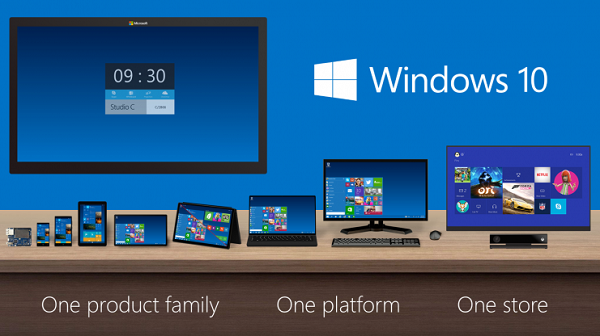 The Microsoft Blog post announcing Windows 10 made clear allusions to the Xbox platform, but no clear details were given on just how the new operating system will interact with the console.

As has been the case for several years, it is expected that the Xbox One will get a UI update to bring it into line with the Windows 10 experience. Much like the Xbox 360 adopted Metro, current Microsoft devices will be updated to the new Windows 10 experience. While that is unlikely to mean we will see an Xbox with a start menu (the quote from the blog was “We’re not talking about one UI to rule them all”) we shouldn’t get too comfortable with how things are right now.

Of bigger relevance to gamers will be Microsoft’s push for compatibility over their entire “product family”, which would mean Windows 10 apps running on Windows phones, Surface tablets and the Xbox One. Windows 10 is designed from the ground up to promote this cross compatibility, and I expect that the Xbox One is to be a big part of that.

Hopefully this will lead to improvements in functionality for the Xbox One, a wider variety of apps and more useful things to be snapped alongside games. It might even make cross platform game development more lucrative, although I’m not sure many console gamers would be excited about more tablet and phone ports. The Microsoft universe is getting smaller, and we’ll be finding out a lot more about just how interconnected the future of PC, tablet, phone and Xbox One are in 2015.