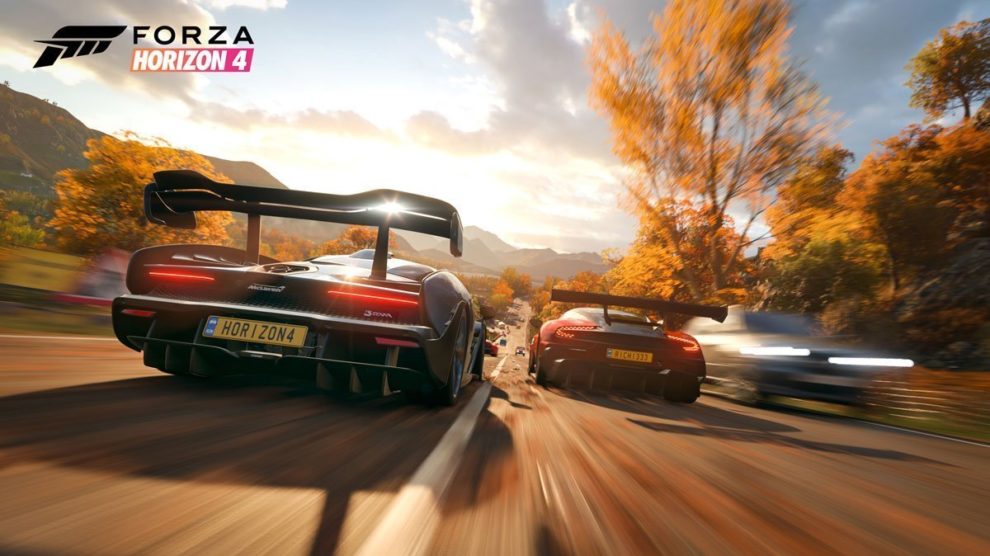 Forza Horizon 4 will change its in-game season once a week, and we’ve got all the details on what’s involved.

Forza Horizon 4 seasons will change weekly at 12.30 am AEST on Fridays here in Australia, Microsoft has confirmed with Stevivor.

Horizon Summer will kick things off on 28 September, which is when early access begins, followed Horizon Autumn.

A weekly run down is as follows:

Update: Microsoft and Playground Games have also detailed the types of content to expect alongside the changing seasons. A handy infographic is below. 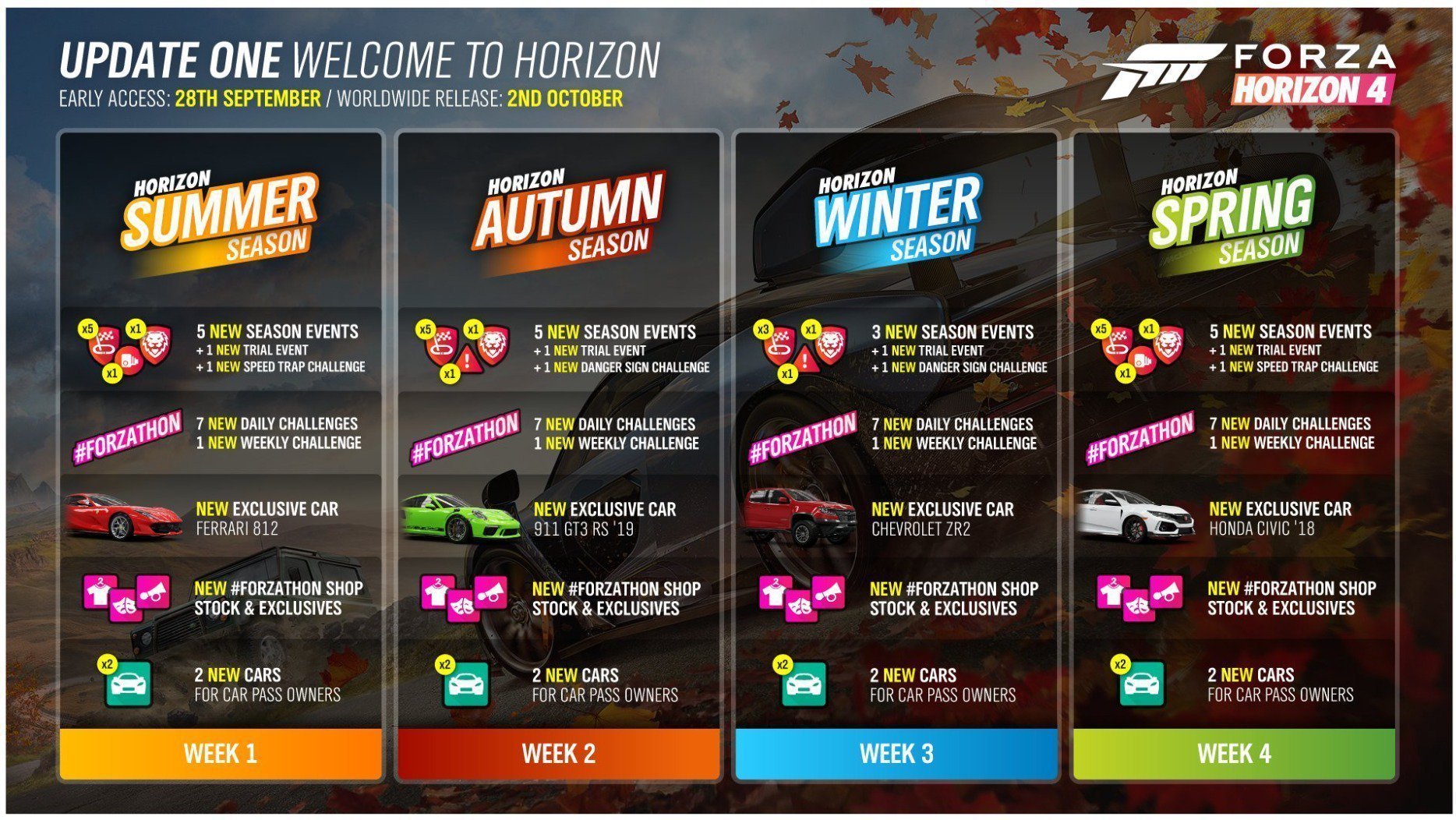 From what we understand, the seasons will automatically change in game at 12.30 am AEST — there’s no need to log in and out of the game.

Forza Horizon 4 heads to Windows PC and Xbox One on 2 October. The game’s is part of the Xbox Game Pass and Xbox Play Anywhere programs.