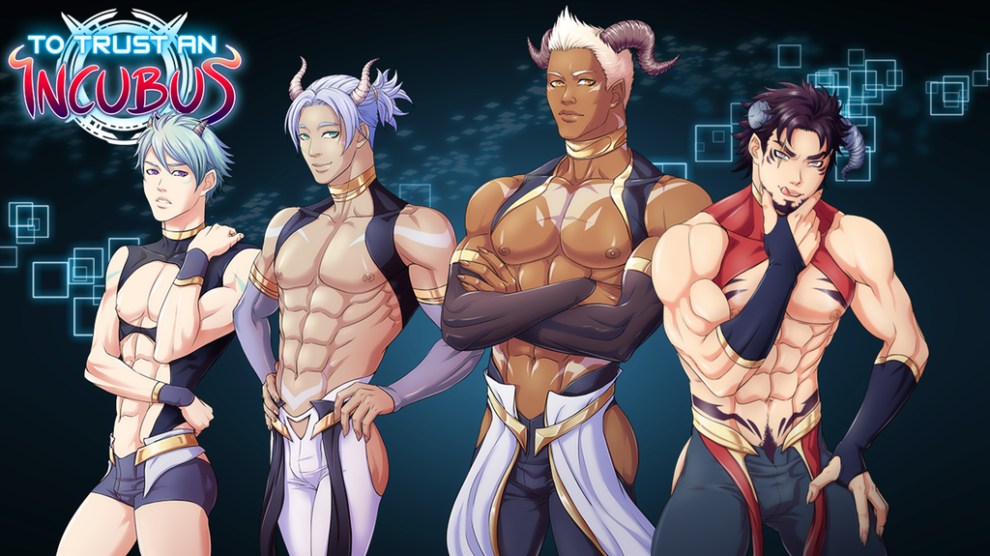 To Trust an Incubus is a new gay muscle, or bara, game looking for crowdfunding support.

“To Trust an Incubus has the sci-fi plot you’d find in many anime, with visitors from another dimension and a high tech lab as the game’s setting,” developer Y Press Games said of its title in a press release. “Unlike most anime it features burly muscular guys and puts them in uncensored sex scenes.”

Y Press Games is a new addition to Yaoi Press, a graphic novel publisher founded in 2004 and with 52 gay graphic novels under its belt.

“While the game is presented as a visual novel, a kind of computer game that’s more or less a slide show of images with music and voice acting, To Trust an Incubus is a ‘choices matter’ game,” the press release continues. “Depending on your decisions you’ll unlock 24 different endings.  The game boasts a 150,000 word script with 200 illustrations.”

If this sounds like your cup of tea, you can check out To Trust an Incubus’ Kickstarter page here, which launches today, 20 February. Pledges of $25 USD or more will be issued with a copy of the game after its completion.

What do you think of To Trust an Incubus?