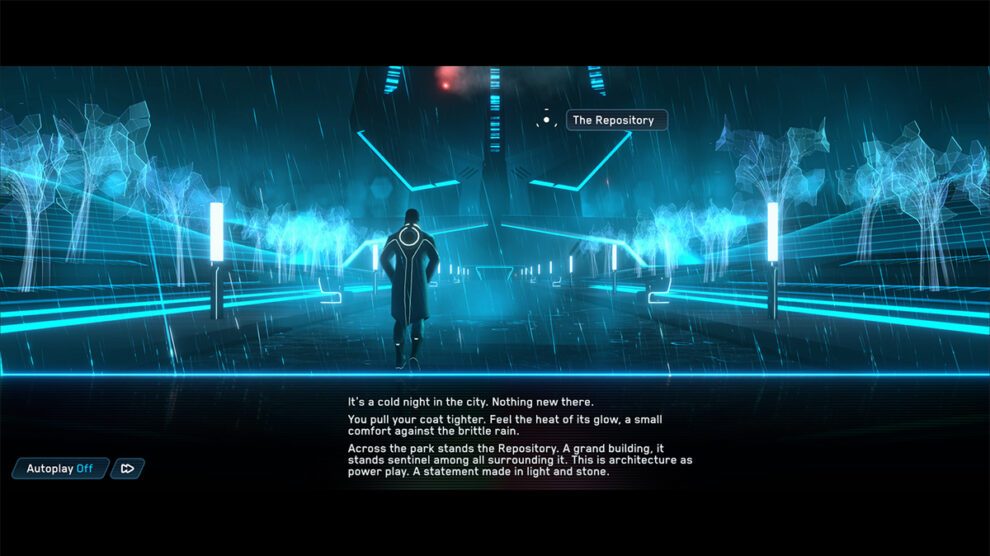 Query to the rescue?

“In a new Grid, forgotten by its creator and left alone to evolve without User intervention, an unprecedented crime has been committed. The Repository stands at the center of this society. In the aftermath of a break-in, the future of this Grid hangs in the balance,” reads the game’s Steam page.

“Tron Identity is a visual novel adventure following Query, a detective program tasked with uncovering the mystery of what was taken and by whom. Finding yourself in a world built on unstable foundations and filled with whispered knowledge, it’s up to you to question suspects and investigate your surroundings to piece together the truth.”

We’ll keep you informed as we learn more of Tron Identity. The title is expected sometime in 2023.