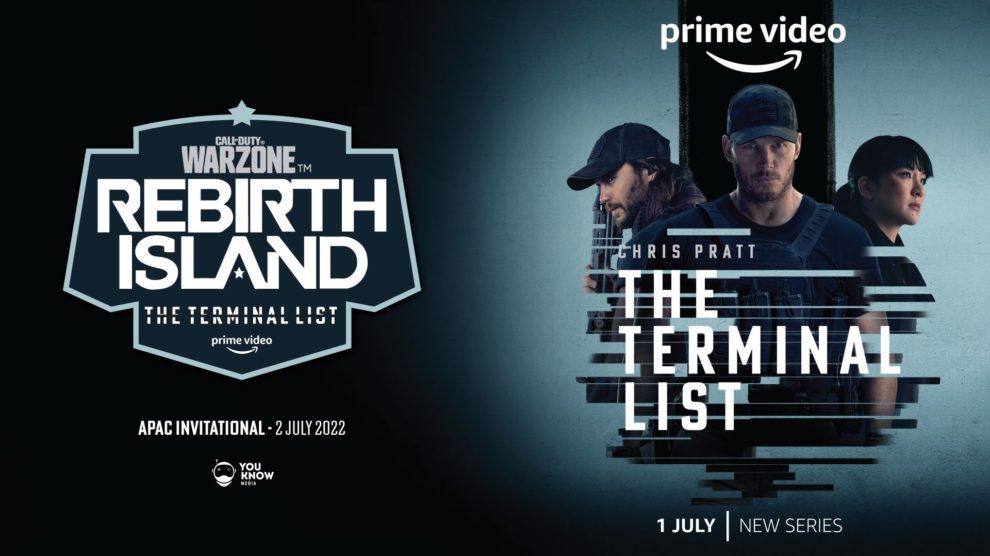 All the Call of Duty Warzone action you can handle!

Call of Duty news is coming at us at a hectic pace, and Australian and New Zealand fans now have something extra special to look forward to: The Terminal List – Warzone Rebirth Island Tournament coming early next month.

Taking place on 2 July — just a day after The Terminal List debuts exclusively on Prime Video — the tournament will be broadcast live on the Call of Duty Twitch channel and offers up a whopping $20,000 AUD prize pool.

A host of ANZ Call of Duty players, commentators and special guests will be taking part in the event, in which ten teams of elite competitors will be dropped onto Rebirth Island to begin their hunt for victory (and dat prize money).

Players won’t be only people on the hunt for goodies though — Prime Video subscribers will be able to pick up some in-game rewards just by watching all the action take place; to do so, viewers should ensure they’ve linked their Activision and Twitch accounts accordingly.

While we await further information, including a start time and who to expect, you can check out a trailer for Amazon Prime Video’s The Terminal List below. The new series stars Chris Pratt (The Tomorrow War) as Navy SEAL James Reece, a highly skilled operative on the hunt for the truth after his platoon is ambushed on a covert mission.

The series looks gritty and suspenseful, making it the perfect Warzone fit. Prime Video subscribers can jump straight into the action, and don’t forget that Aussies and New Zealanders both can take advantage of free 30- and 7-day trials of the service too, respectively.

We’ll keep you informed as we learn more about this epic, local The Terminal List – Warzone Rebirth Island Tournament.

Call of Duty Warzone is available now on Windows PC, Xbox One, Xbox Series S, Xbox Series X, PS4 and PS5. Our very own Ben Salter just covered all the changes coming to Warzone with Call of Duty Modern Warfare 2.