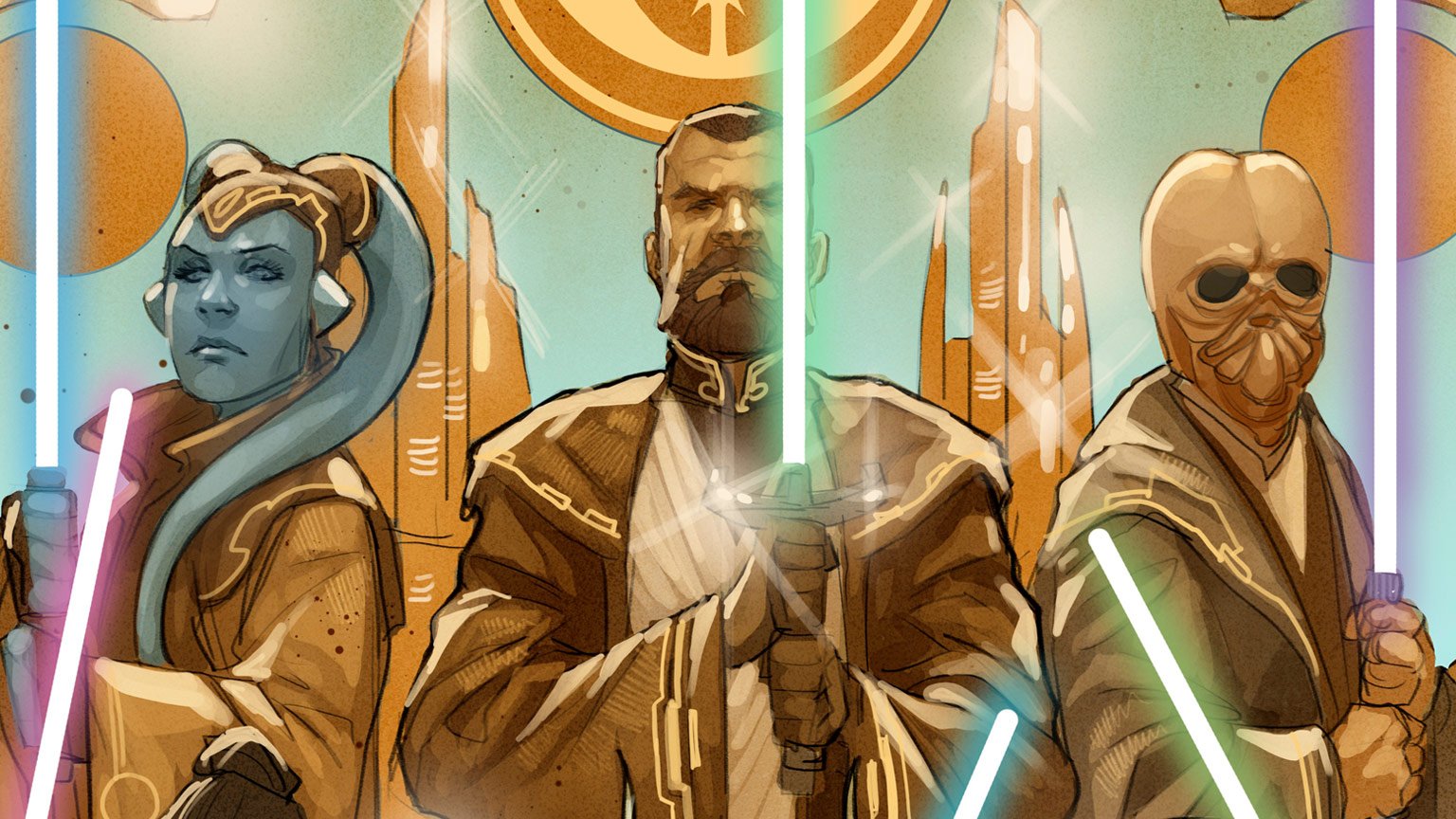 “This period on the Star Wars timeline will not overlap any of the filmed features or series currently planned for production, giving creators and partners a vast amount of room to tell Star Wars stories with new adventures and original characters,” the announcement declares.

“Star Wars: The High Republic features the Jedi as we’ve always wanted to see them — as true guardians of peace and justice. This is a hopeful, optimistic time, when the Jedi and the Galactic Republic are at their height. But of course, into this glorious new era something wicked this way comes,” said Lucasfilm publishing creative director Michael Siglain. “This initiative will give readers young and old a new corner of the galaxy to explore through rich, meaningful stories. Plus, readers will learn what scares the Jedi.”

The series will debut at Star Wars Celebration in Anaheim, California in August, and includes:

We’ll have more on the Star Wars: The High Republic series as it’s made public.