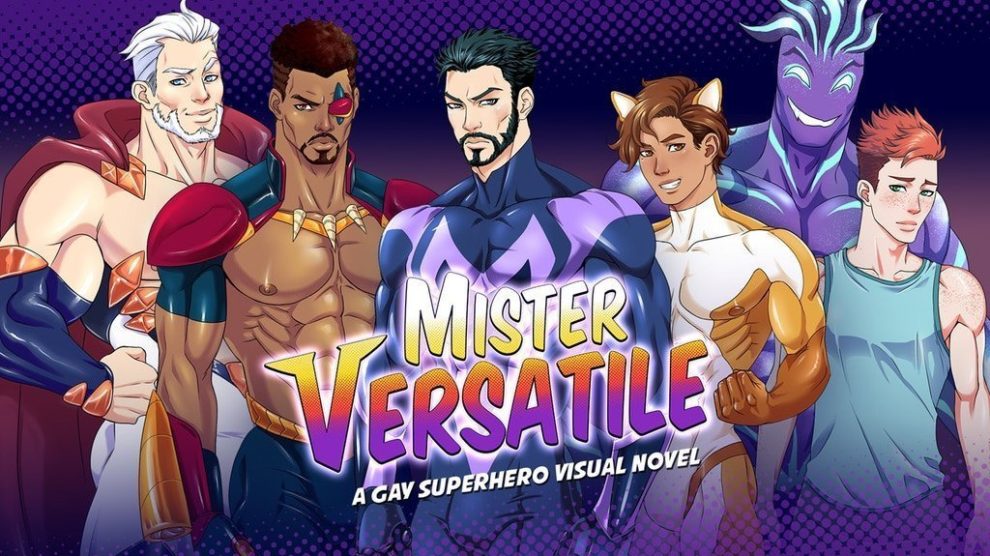 “Mister Versatile stars a sexy superhero who’s had bad luck with past partners. He’s decided to stay a solo act, but several heroes and one villain see themselves teaming up with him. If that wasn’t annoying enough, a symbiotic prisoner in his basement lab is hungry for a new host,” a press release for the game reads.

“Players pick Mister Versatile’s real name while assuming his secret identity,” it continues. “Four muscular men have their sights set on our hero. Will he team with his old flame, Captain Crush, will he accept the charming Chihuahua as his young side-kick, or will he be seduced into villainy by the notorious Driller?”

Mister Versatile will activate its crowdfunding page on Kickstarter in March; the visual novel is planned for an August 2020 release if the effort is successful. Previous Y Press Games include Morningdew Farms and To Trust an Incubus.