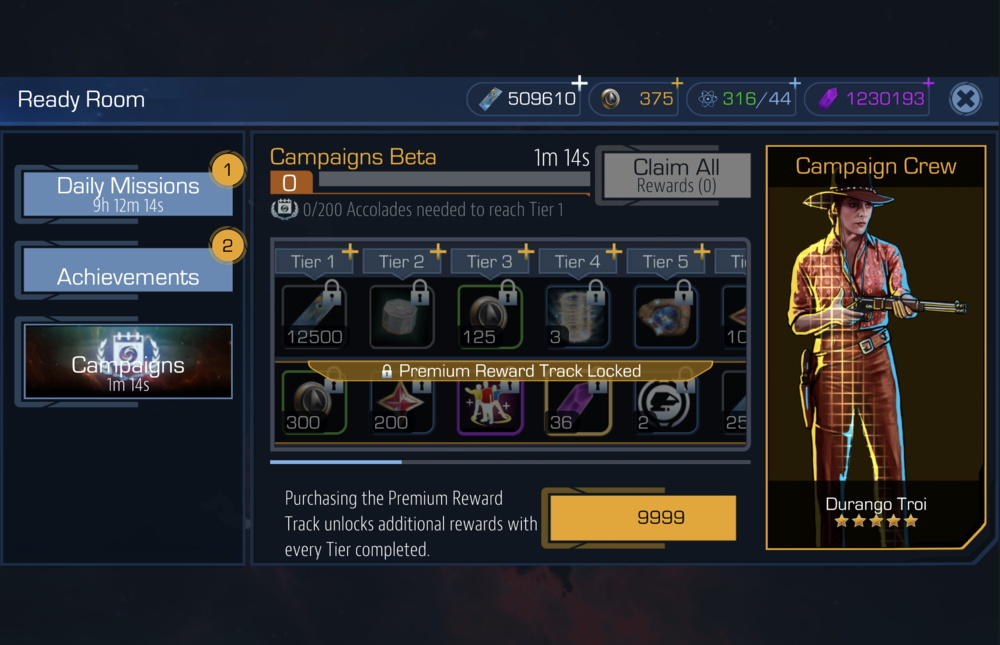 Got cash? Disruptor Beam has a new feature for you.

Star Trek Timelines is trying out a new Campaigns system that has a lot in common with battle pass systems seen inside Fornite and Apex Legends.

“While a Campaign is active, Captains will earn Accolades for Completing their Daily Missions. Earn Accolades to unlock Campaign Tiers that contain different rewards including Credits, Boosts, Chronitons, and Crew,” developer Disruptor Beam said in a blog post detailing the feature.

“Each individual Daily Mission provides Accolades when completed, but there’s also a large number of Accolades that can be earned from completing all Daily Missions each day. Captains can also earn Accolades daily by claiming their daily login reward.”

Disruptor Beam also said a premium set of tiers — purchasable with real-world money — will be available when the feature is published.

The feature is in beta right now; those playing Timelines can try it out until 9.00 am AEDT on 29 March.

Star Trek: Timelines is available on Windows PC via Steam and Facebook alongside iOS and Android devices.