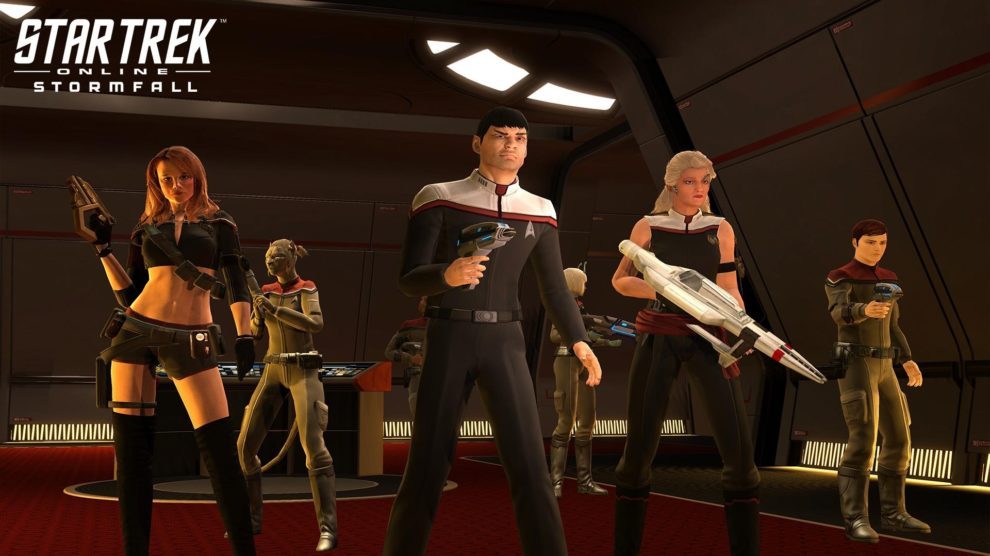 Star Trek Online Stormfall marks the MMORPG’s 26th season and is now available on both PC and consoles.

Available on Windows PC via Steam, Arc and the Epic Games Store from 10 May and today on Xbox and PlayStation, Stormfall will continue an ongoing Mirror Universe arc started in season 25.

“In the final few moments of the last episode, ‘Red Shift,’ players discovered that the individual they had been searching for is actually Lieutenant Ilia from Star Trek: The Motion Picture,” Cryptic said in a press release.

“In Stormfall, Captains will receive orders from Admiral Janeway… to embark on a mission to rescue the captured Deltan Starfleet Officer from a Terran Space Dock. Ilia tells players she needs their help in preventing the Terran Empire from summoning a powerful nemesis. These Terran forces are led by the dreaded Captain Killy… and in order to stop them, Captains will team up with former enemy-turned-ally, Admiral Leeta… and an Andorian rebel named Rae-Yeet.”

We’ll let you know when to expect Stormfall on consoles.

Star Trek Online is available on Windows PC, Xbox One and PS4.