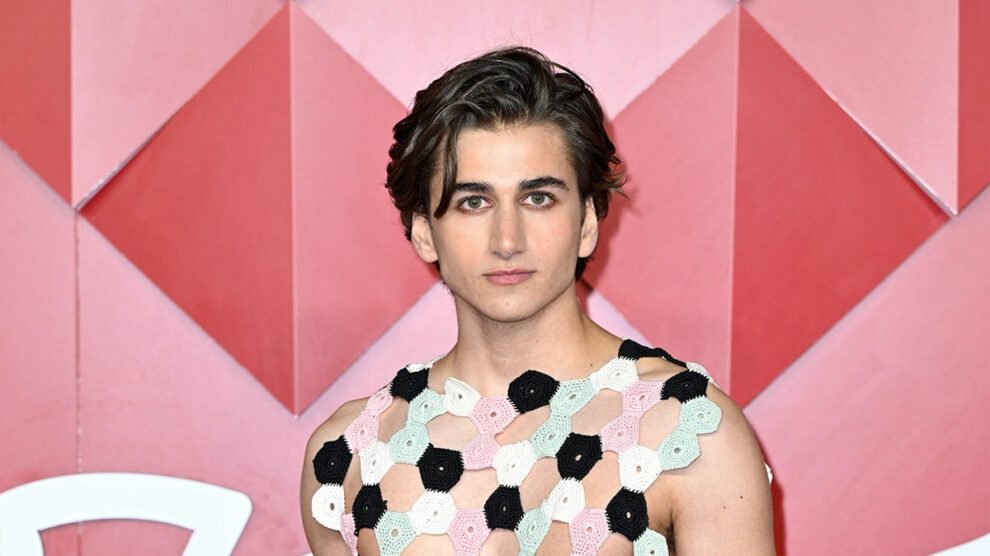 The Heartstopper star affirmed that "trans women are women and trans men are men."

Heartstopper star and queer icon Sebastian Croft has taken to Twitter to explain his casting in Hogwarts Legacy, a title firmly in the shadow of its transphobic franchise creator, J.K. Rowling.

Croft will provide one voice for the game’s protagonist, with Amelia Gething providing an alternative option. Their participation was announced shortly after Avalanche Studios confirmed that Simon Pegg would feature in-game as Hogwarts headmaster Phineas Nigellus Black.

Transgender fans, players and allies are quick to point out that Hogwarts Legacy is set in a world created by the highly transphobic J.K. Rowling. As we’ve previously reported, The Telegraph has slammed Rowling’s latest piece of fiction for featuring “a transvestite serial killer”. Rowling also uses a pseudonym, Robert Galbraith, which many believe is a tip of the hat to anti-LGBTQ+ gay conversion therapist Robert Galbraith Heath.

Rowling’s latest novel is only the tip of the iceberg when it comes to transphobic attitudes of late, with a declared belief that transgender females couldn’t menstruate.

The author’s actions have prompted those tied to the Harry Potter franchise to speak out.

“It’s clear that we need to do more to support transgender and nonbinary people, not invalidate their identities, and not cause further harm,” Harry Potter film lead Daniel Radcliffe wrote in response to Rowling’s claims.

Hogwarts Legacy was also created, in part, by a former staffer with alleged connections to alt-right movements.

With this troubled background, Croft’s work on the title is seen by some as hypocritical and harmful.

“Sebastian Croft being in the new Harry Potter game is weird and transphobic and if you’re supporting or defending him you are prioritizing a cis white actor over real trans people who will be harmed,” wrote @charliesb1tch on Twitter.

Another user pointed out that the Harry Potter franchise is also seen as antisemitic.

“Yes JK Rowling is incredibly transphobic and that is a big issue too but please don’t forget about Harry Potter and the game’s rampant antisemitism,” @joshcastilles said on Twitter, adding, “Heartstopper stannies please remember that [Croft] being a part of Hogwarts Legacy means that he is willingly taking part in a project that project antisemitic stereotypes and actively harms Jewish people.”

Croft took to Twitter to explain why he accepted the role.

“I was cast in this project over 3 years ago, back when all Harry Potter was to me, was the magical world I grew up with,” Croft wrote. “This was long before I was aware of JK Rowling’s views. I believe whole heartedly that trans women are women and trans men are men.”

The 21-year-old Croft — who in 2022 created a “queer was always here” t-shirt in support of Choose Love and Rainbow Railroad charities — was either 17 or 18 at the time of signing, according to his explanation.

“I know far more now than I did 3 years ago, and hope to learn far more in the next 3,” he continued in a follow-up tweet. “I’m really sorry to anyone hurt by this announcement. There is no LGB without the T.”

Croft’s statement was met with mixed support and criticism, with some suggesting he donate his salary to trans rights groups.

“Why not offer to donate the money he earned to an organization he thinks supports the rights he feels have been trampled,” wrote @blackbirdpeeja on Twitter. “Because it’s all about the signal not the action.”