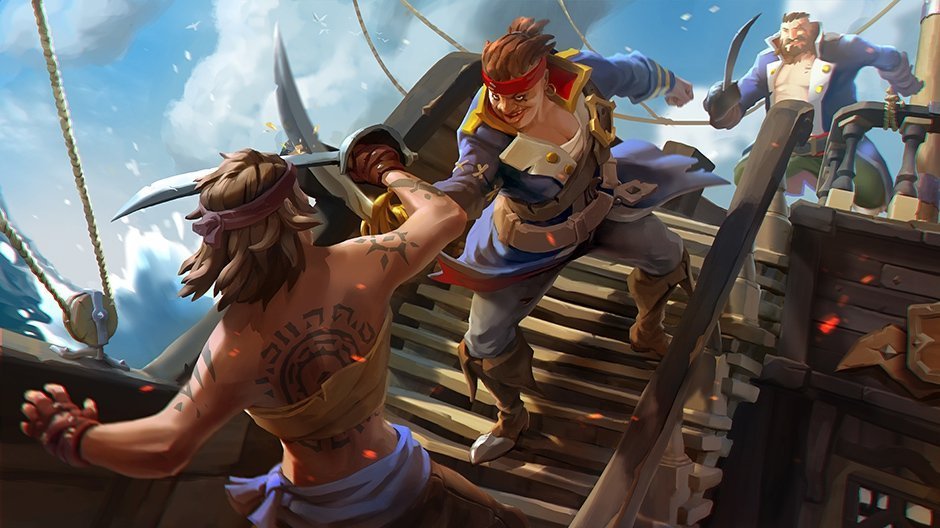 “Sea of Thieves includes one of the most outrageous completion grinds the Xbox platform has ever seen,” the site’s analysis proposes.

The site, which gathers information about Achievements and the difficult players have in earning them, has uncovered some interesting tidbits about Rare’s latest.

“Currently, of Thieves‘ 60 possible achievements, a stunning 19 have been unlocked fewer than five times on TA, including 15 of which that have not been unlocked by anyone,” TA reports. ” This is unlike anything else we’ve seen with achievements.”

The site references one Achievement in particular, Merchant Forager, which seems to be virtually unobtainable.

“It tasks players with delivering 1,000 banana crates to merchants. I’ve played the game for more than 50 hours and I’ve never seen a banana crate,” author Mark Delaney wrote. “My only clue to their existence is that they’re mentioned in this achievement. Others have reported similar issues. One player told us that in 100+ hours they’ve also seen none.”

Another Achievement requires players to sail 1,000 nautical miles over each of the game’s three faction missions, a task that’s estimated to take around 50 hours at a sloop’s top speed.

All hope isn’t lost — TrueAchievements points out that Achievements can be amended via post-launch patches. Killer Instinct, as an example, had an Achievement that first required players use each character for 2,000 matches each before the figure was dropped down to a realistic 200. Sea of Thieves could make similar changes.

What do you make of Sea of Thieves and its grindy Achievements?