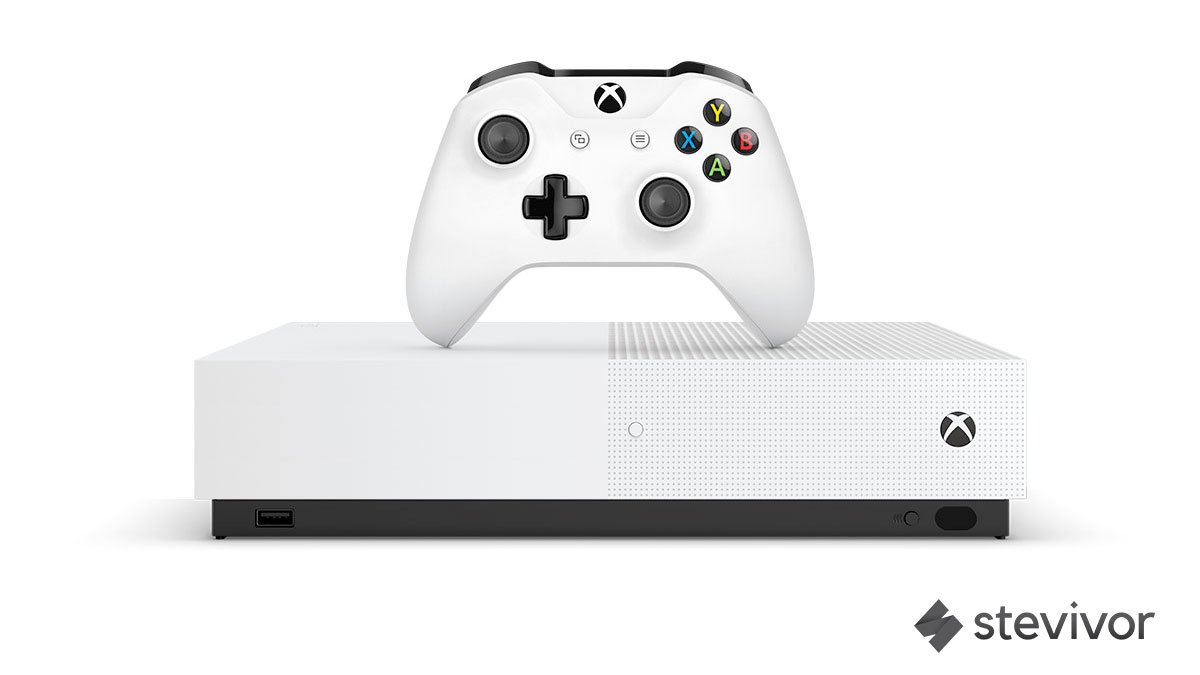 Xbox One S All-Digital console likely to launch in May

The disc-less Xbox One S All-Digital console will reportedly launch in May, Windows Central today reports, doubling down on an original report.

Citing “additional documents” and photographs sent by an anonymous source, the site says the Xbox One S All-Digital console will launch worldwide on 7 May. The site has chosen not to publish the photographs it has received — of both the console and its packaging — instead offering up photoshopped images that illustrate what they’ve seen.

Windows Central furthers that the 1TB bundle will include codes for Forza Horizon 3, Sea of Thieves and Minecraft.

It’s nothing special, to be honest — imagine an Xbox One S without a disc drive slot and you’re there. In fact, we’ll photoshop our own image so you don’t even have to use your imagination. It’s above.

We’ll have more on the rumoured Xbox One S All-Digital console as it’s made available.