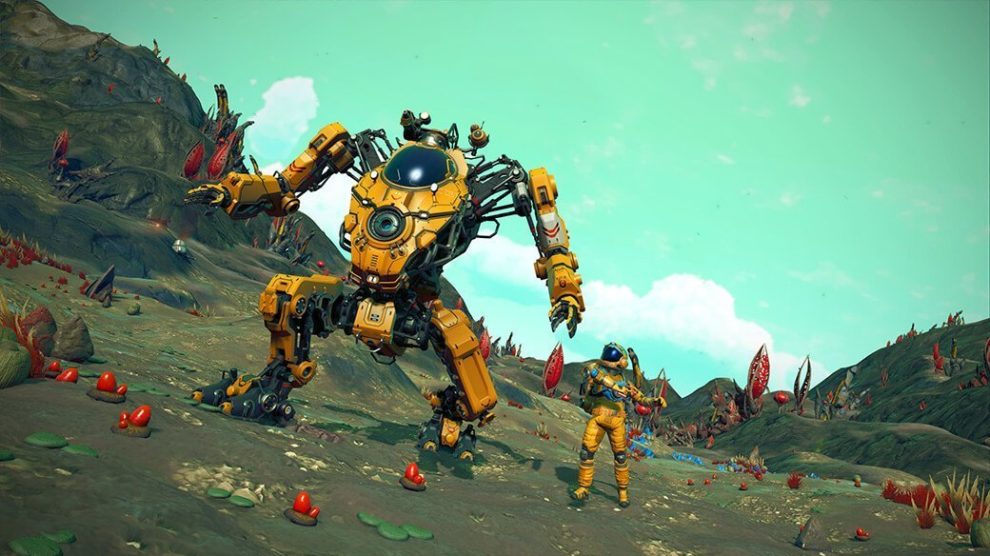 A new, free No Man’s Sky Exo Mech update has added mechs (obviously) alongside a host of other improvements.

Here’s what players can expect, straight from the mouth of Hello Games’ Sean Murray:

You can check out an Exo in action in the trailer below. The Exo is called the Minotaur and has advanced jump capabilities thanks to a powerful jetback on its back. It also allows for a pretty swanky VR cockpit if you’ve got a compatible device and version.

No Man’s Sky is currently available on Windows PC, Xbox One and PS4.