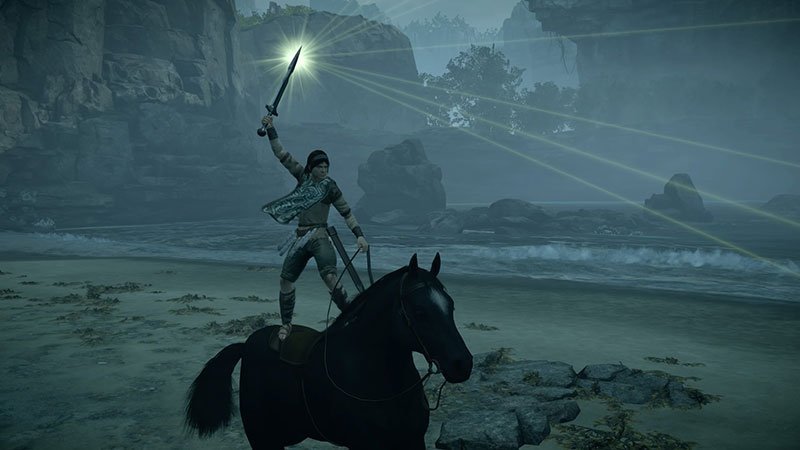 Shadow of the Colossus on PS4 has a new collectible driving fans wild.

As found by PS4Trophies, the credits of the remade current-gen title read, “Nomad Colossus and the 79 steps to enlightenment.” That message ties to a new collectible called an enlightenment, which looks like a gold coins and has its own progression tracker in the bottom left corner of the in-game map.

PS4Trophies has found 70 of the 79 enlightenments, so no one’s sure what happens when they’re all found. Yet. You can check out the known enlightenments in the video below:

Fans are hoping that one of Shadow of the Colossus‘ scrapped colossi will unlock when all enlightenments are found. We’ll keep you posted.

Shadow of the Colossus is available today on PS4. We reviewed it here.