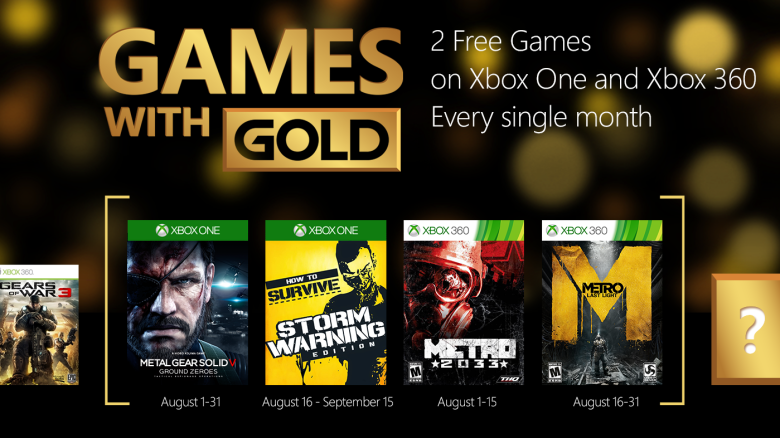 August’s Games with Gold linuep for Xbox Live Gold subscribers has been announced on Xbox Wire.

Four games are on offer this month, with two Xbox One titles and two Xbox 360 titles. On the Xbox One front, subscribers will be able to download Metal Gear Solid V: Ground Zeroes and How to Survive: Storm Warning Edition. Metal Gear will be available for the entire month of August while How to Survive will be free between 17 August and 16 September.

For Xbox 360, both Metro games will be available. Metro 2033 will be free from 1 August to 15 August and then Metro: Last Light will follow from 16 August to 31 August.

What do you think of this month’s Games with Gold?